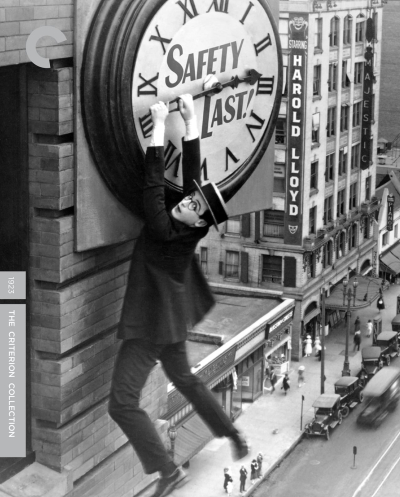 Of the great silent film comedians, Harold Lloyd stood apart from Charlie Chaplin and Buster Keaton by virtue of his everyman approach to physical comedy. He had to work at it and he let his difficulty show, but not entirely.

Few audiences knew of the terrible accident Harold Lloyd suffered at the age of 26 (in 1919) involving a “prop” bomb [actually a live mortar] that exploded in his right hand during a photo shoot, severing his index finger and thumb. Not a man to let such a catastrophe keep him down, Lloyd wore an expensive prosthetic glove as a disguise. He pursued his film-acting career as if the tragedy had never happened.

Lloyd’s romantically inclined spectacle-wearing character invention was objectively the most accessible of the three performers  — a nerd lover-boy riddled with self-doubt, but fearless through and through. 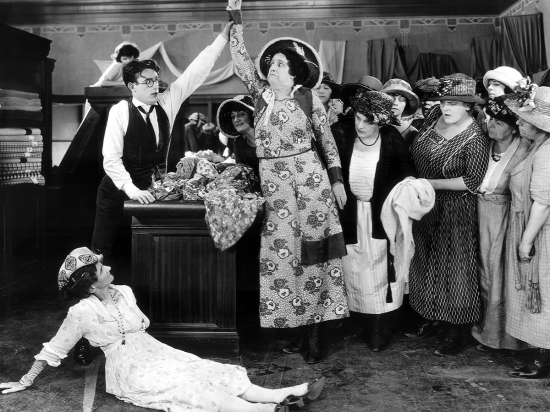 “Glasses,” as his character was often referred to, was not far removed from the ambitious young actor who snuck onto the Universal studio lot looking for a break into the film business. It was here that Lloyd met the soon-to-be-famous Hal Roach working as an extra. The friendship that followed proved mutually beneficial. Roach went on to become a successful producer. He hired his pal to star in dozens of one-reel comic shorts in the guise of Lonesome Luke — eventually shortened to “Luke” à la “Luke Laughs Last” (1916). 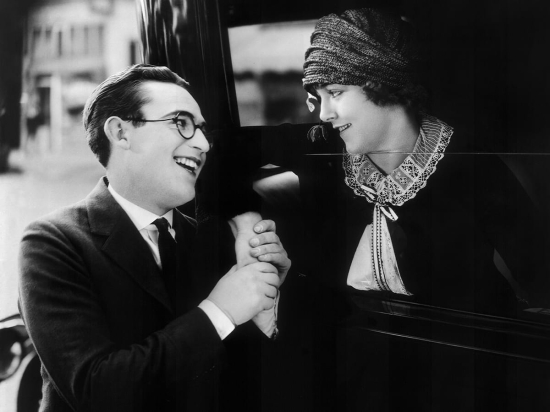 Having appeared in more than 100 such silent film comedies by the time he made “Safety Last” in 1923, Lloyd had polished his comic timing and man-with-plan persona to perfection. In its opening scene Lloyd gazes out from behind what appears to be prison bars, with a hangman’s noose dangling in the background. The jail he escapes from is Great Bend, Kansas — his destination, the big city. On the train platform he sees off his mother and his betrothed Mildred (Mildred Davis), who has promised to move to the city after he has “made good.” 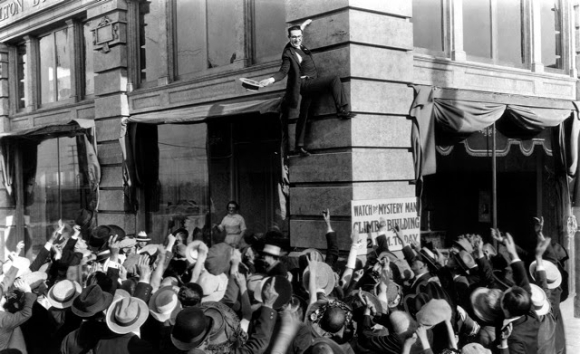 A job working as a lowly sales clerk at a clothing store keeps our underpaid hero busy until Mildred’s unexpected arrival causes him to pretend he runs the place as its general manager. His deception leads Lloyd to overhear the owner’s offer of $1000 to anyone that comes up with an idea to attract a big crowd to the store. Knowing of his pal’s (Bill Strother) ability to climb the sides of buildings unassisted, Lloyd offers to split the money with him in return for his scaling the face of the 12-story storehouse as a publicity stunt. The trouble is that the police are after Lloyd’s nimble buddy for a prank he and Lloyd played on a beat cop. With police officers in hot pursuit the pal begins his climb, but Lloyd is forced to follow suit if the stunt is to work.

The film’s 20-minute centerpiece sequence of Lloyd scaling the building against attacks by birds, netting, stray rope, and an unstable clock comprise the most emblematic episode in all of silent film. That the secrets of its spectacular staging were kept hush-hush until after Harold Clayton Lloyd’s death in 1971, only adds to the film’s lasting charm. The illusion of safety was never last.