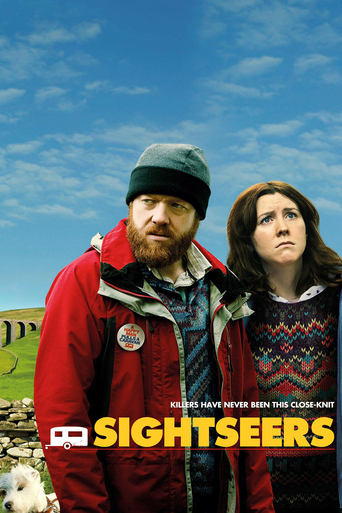 Blacker than the La Brea Tar Pits, director Ben Wheatley’s dark comedy about a couple of serial killer lovebirds is an exquisitely funny movie. Wheatley, the director of recent British crime dramas “Down Terrace” (2009) and “Kill List” (2011) proves to be well suited to farce, albeit of the pitch-black variety. 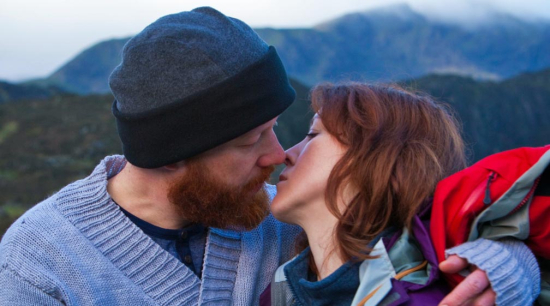 Based on a well-polished script developed by the film’s leading actors (sketch comedians Alice Lowe and Steve Oram), “Sightseer’s” unconventional tone is charged with a dollop of budding romance. Tina (Lowe) lives at home in England’s Midlands region with her domineering mother Carol (Eileen Davis), who is still getting over the death of her beloved dog Poppy. Against mum’s wishes, Tina is eager to go on vacation with her new suitor Chris (Oram), a “ginger-haired” schlub with a camper trailer and a low threshold for minor injustices. Chris is all politeness and smiles around the sickly Carol, but mum isn’t buying his façade of niceness. 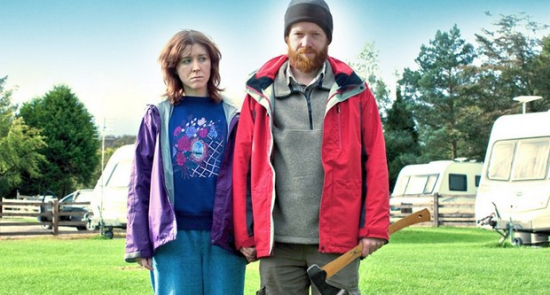 Chris has a laundry list of Northern England tourist attractions, such as the Crich Tramway Museum, for the couple to visit. While riding in a historic tram, Chris witnesses another passenger thoughtlessly tossing a wrapper on the floor. Not one to suffer such indignities lightly, Chris asks the offending man to pick up his trash. The man refuses. Within moments, karma strikes. While backing up the camper, Chris accidentally runs the guy over, killing him. Victory. Chris and Tina get a bonus in the guise of the man’s freshly orphaned dog Banjo — a carbon copy of Poppy. 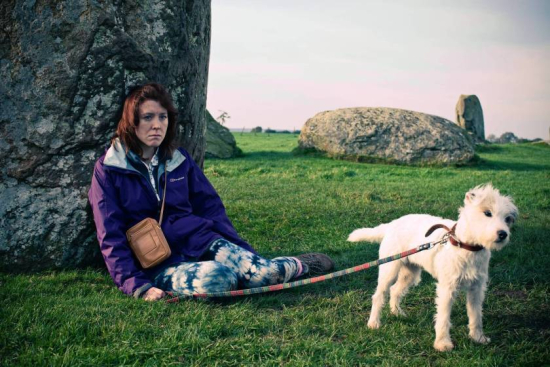 Much of the absurdity comes from the way the Chris and Tina judge one another even while one-upping the other. The gawky chemistry that Alice Lowe and Steve Oram share is a hoot even without the added element of skullduggery in which their characters indulge. The gaudy sweaters they wear approach a mythic level of hideousness last seen in the Beatles' mocumentary "Help." They’re not attractive people, but the movie makes us root for their romance nonetheless. 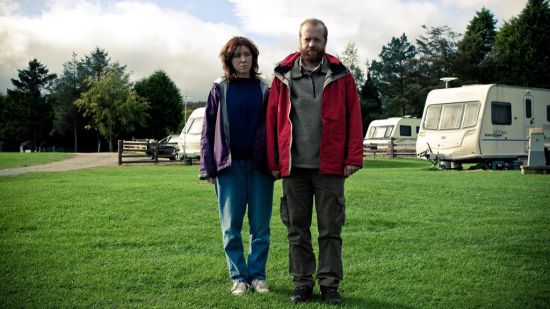 A singular flashback which reveals Tina’s involvement in Poppy’s demise a year earlier fills in a crucial piece of backstory about Tina’s inelegant aptitude for murder. A question arises as to just which member of the homicidal couple is the leader in their killing binge.

“Sightseers” maintains a formal quality of gallows humor rooted in the style of such early Ealing Studio black comedies as “Kind Hearts and Coronets” (1949). For as reprehensible as their actions are, we get a charge out of seeing how and whom the couple will knock off next.