THE KINGS OF SUMMER 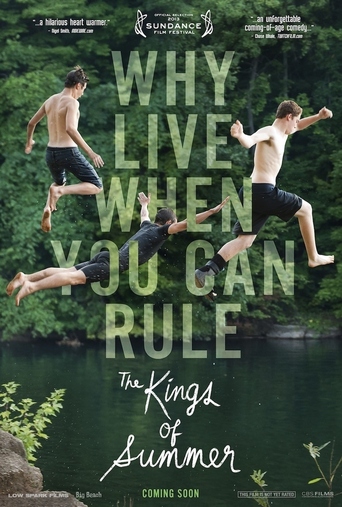 Coming on the heels of Jeff Nichols’s superior Huckleberry Finn-styled boys’ coming-of-age movie “Mud,” “The Kings of Summer” reaches farther into the realm of fantasy, but comes up short. Hipster director Jordan Vogt-Roberts makes the leap from TV (“Single Dads”) with a snarky script about three implausible teens who run away from home to build a house in the woods where they pretend to live off the fat of the land — actually, they trek across a local roadway to buy chicken and cornbread from a restaurant. Where their money comes from, we don’t know. The hard-and-fast rule about being weary of debut directors applies here. Think Wes Anderson with a lower IQ. 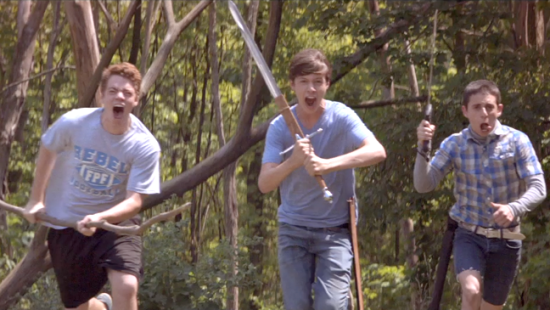 “WHY LIVE WHEN YOU CAN RULE” is the film’s oddly dictatorially aspirational tag line that endorses a return to a childhood reality that existed before overpopulation and technology soaked up all creative thought and outdoor activity for budding young adults. Joe Toy (Nick Robinson), his friend Patrick (Gabriel Basso), and the self-proclaimed gay Biaggio (Moises Arias) up and run away from their respective cloistered suburban families to build a live-in fort where they will share a “manly” existence.

Joe probably has the most pressing reasons for leaving home because his douchebag dad Frank (Nick Offerman — television’s “Parks and Recreation”) actively interferes with his son’s pressing sensual needs concerning his classmate Kelly (Erin Moriarty). No teen boy needs a dad that blocks such sensitive transmissions. Joe later makes the mistake of breaking his gang’s cardinal rule of keeping the dwelling secret when he invites Kelly over for dinner after running into on a nearby golf course. To make matters worse, Kelly unexpectedly brings along some friends just to be certain the trio’s hiding place is thoroughly exposed. Still, it’s Kelly’s fickle nature — and not the search party of local authorities — that blows the boys’ utopic vision when she throws Joe over for Patrick. 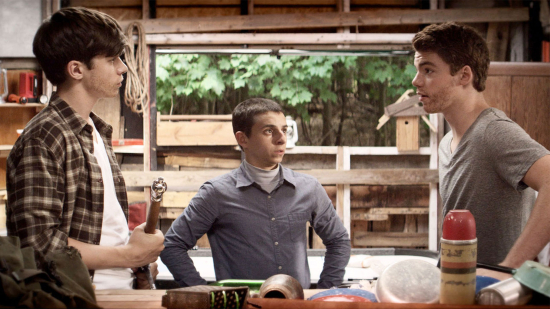 The movie suffers from a number of structural and tonal obstacles. For an all-out existential fantasy, the picture plays it so safe you might as well be watching a television episode of “International House Hunters.” As for its muddy tone, once the parents are out of the picture there isn’t much of a story left over. Upstart screenwriter Chris Galletta is challenged to create a story arc with any suspense — much less one with any lasting meaning. 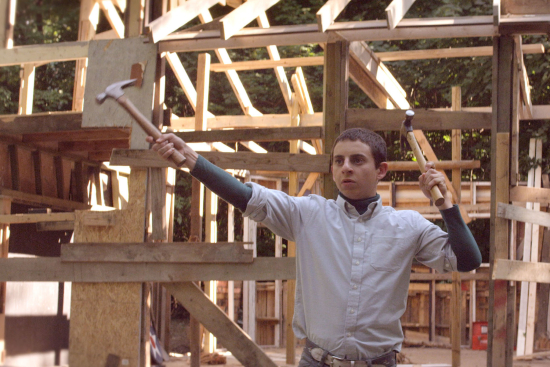 “The Kings of Summer” is a poor man’s “Moonrise Kingdom” — with none of that film’s editorial sense of kitsch, dry wit, or style. Think of it as a crumby knock-off of “Moonrise Kingdom” and you won’t be disappointed. The movie has a few cute moments and even a couple of laughs, but this is not an example of good filmmaking, or even competent storytelling. 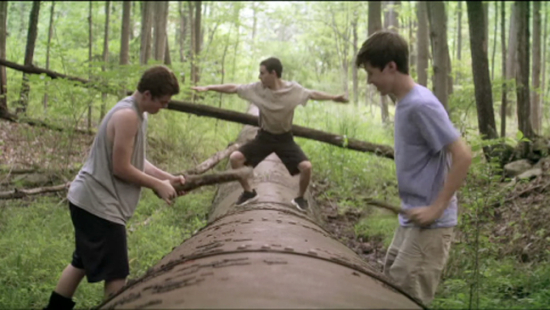 Like much of Hollywood’s processed film product — witness such throwaway excursions as “Epic” or “Oblivion” — “The Kings of Summer” [previously entitled “Toy’s House”] is a vacuous rendition of childhood liberation. The movie can’t spit out its truth because the filmmakers never bothered to articulate it in the first place. For as much as it pretends to be inspired by works from Mark Twain, “The Kings of Summer” remains hamstrung to put an iota of such original thought on the screen.