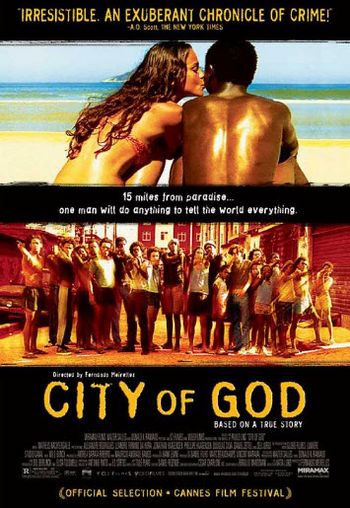 “City of God” epitomizes the rich potential of cinema to tell richly textured tales, here of a vast, desperate, community of peasants consumed by an endless cycle of violence. It is as close to a perfect film as I have ever seen. The picture sounds a clarion call for social reform for Brazil’s crime-riddled impoverished favelas — of which one in Rio de Janeiro inspires the name of this film. It’s easier for this City's inhabitants to obtain guns and drugs than it is to get food.

Basing the story on real events and people, co-directors Fernando Meirelles and Katia Lund employ a host of young non-professional actors residing in the Cidade de Deus slums where the story takes place. Each of the story’s broad range of characters is an authentic representation of complex personalities because these naturally gifted actors are de facto playing themselves — albeit under Meirelles’s and Lund’s brilliant direction. 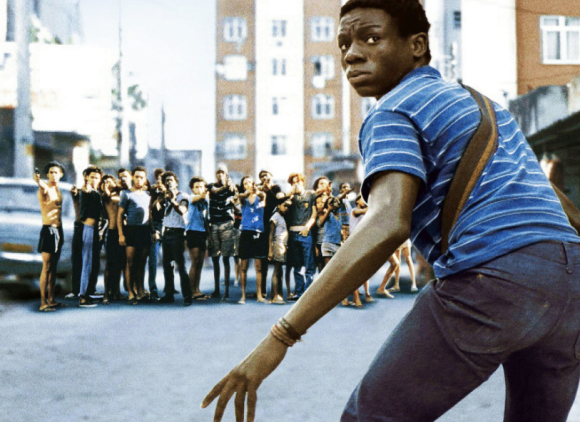 Braulio Mantovani’s methodically constructed screenplay is narrated with subjective clarity by Rocket (Alexandre Rodrigues), a young aspiring photographer caught between his deadly surroundings and his treasured sense of ambition. Like many teenaged boys, Rocket’s desire to lose his virginity is on his immediate list, as is acquiring a better camera.

Alexandre Rodrigues’s organic empathy provides the movie with the charismatic protagonist the film needs to balance out the many tragic horrors that occur. Rocket’s subjective experience puts a personal stamp on the senseless crime and violence that surrounds him at the hands of boys attempting to become men via the use of guns. The film’s exceptionally measured time-flipping format adds depth and context. A bookended plot theme — regarding the fate of an escaped chicken — come to historically relevant fruition through chapter sequences with titles such as, “The Story of the Tender Trio,” “The Story of the Apartment,” and “The Story of Li’l Ze.”

Teenage warlords recruit ever-younger generations of drug-dealing armed boys whose easy and cheap killing is informed by police oppression and economic neglect. For the Brazilian authorities, favela dwellers are a disposable class of drug traffickers who provide cocaine and marijuana to Brazil’s wealthy “middle-class.” 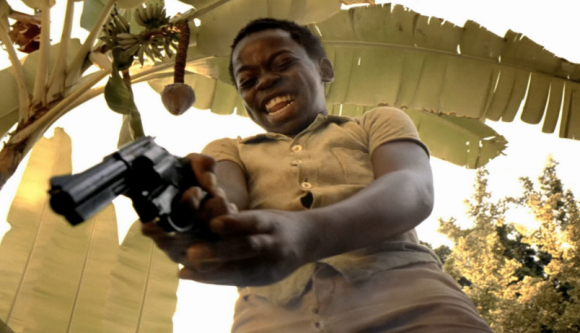 The Story of Li’l Ze establishes the maniacal personality of an eight-year-old boy who commits an unthinkable random act of mass murder as part of a robbery in which he participates for his entré to crime. An inveterate murderer, Li’l Ze soon takes over as the region’s most influential crime lord.

For all of the story’s violent subject matter, there is also much natural beauty to savor. Cesar Charlone’s dynamic cinematography captures Brazil’s magnificent landscape in conjunction with a 360-degree awareness of location. Every aspect of the filmmaking that went into “City of God” exists as a virtuosic symphony of theme, character, context, and fact-based subject matter. To watch “City of God” is to become submersed in a hidden culture where life is cheap but the humanity is vibrant. 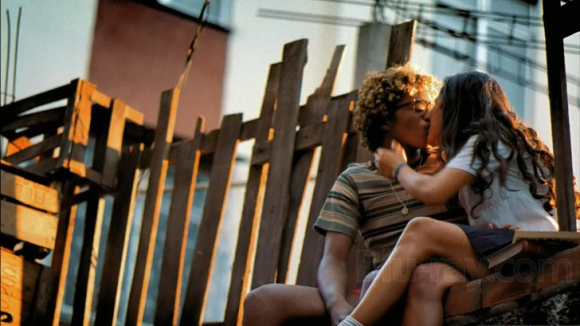