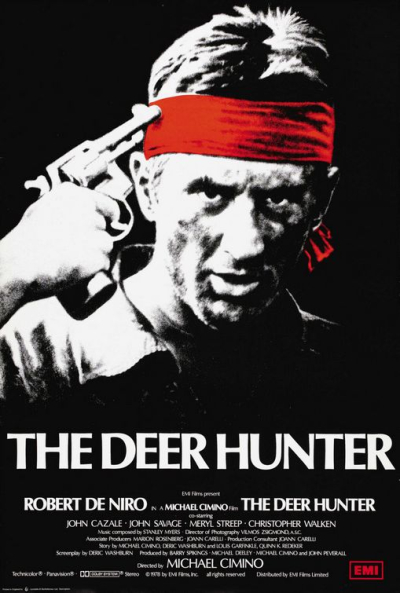 Michael Cimino is better remembered for bankrupting United Artists Studios with “Heaven’s Gate” (1980) than he is for making the highly-praised war picture that put him in a position to do such a thing in the first place.

All of the excesses that Cimino was prone to as a director are on splendid display in “The Deer Hunter,” an antiwar film born of pure literary license. Expanded sequences of communal celebrations exemplifying social and character traits fill time in both movies, but what he was rewarded for in “The Deer Hunter” became a curse in “Heaven’s Gate.” 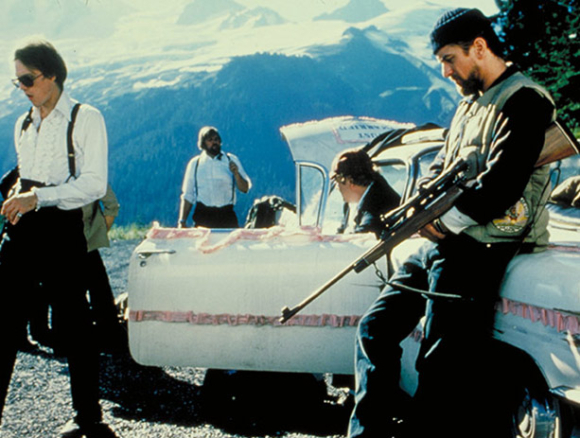 Based on a spec script about people who go to Las Vegas to play Russian roulette, Michael Cimino and two other writers (Michael Seeley and Deric Washburn) developed the screenplay [“The Man Who Came to Play”] into a modern-day parable about the cost of the Vietnam war on personal terms. It is rare that a more relevant metaphor has served as the foundation for a movie of any genre. 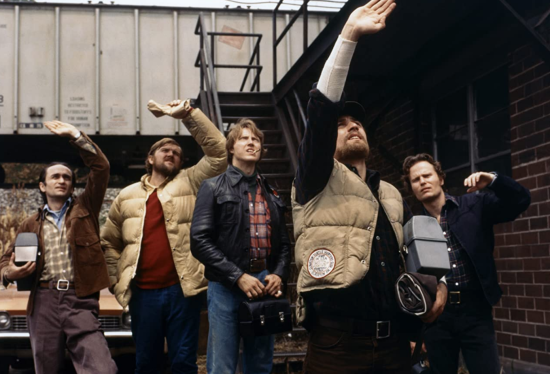 The story follows three Russian-American steel mill workers living in a close-knot community of Clairton, Pennsylvania in 1967. Mike (Robert De Niro), Steven (Jon Savage), and Nick (Christopher Walken) have all signed up for the army to go to Vietnam. Steven’s wedding in a Russian Orthodox cathedral contrasts with one last deer-hunting trip the friends take the following day. Mike’s solemn belief that a deer should be killed with a single shot delicately announces his place as the de facto leader of the group. 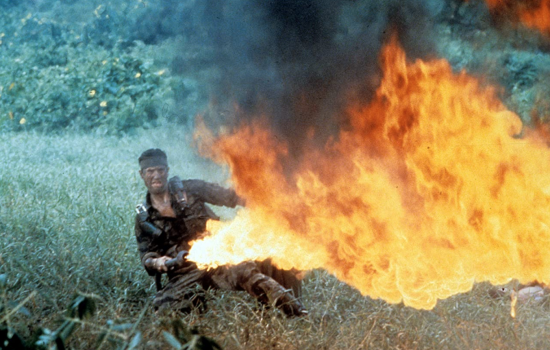 The second act plunges the audience into the middle of a disorienting aftermath of a battle in Vietnam’s jungle landscape. Our three soldiers are soon captured and reunited in a makeshift riverside prisoner of war camp where inmates are treated to a choice of death by Russian roulette or by being thrown into an underwater cage consumed with corpses and rats. Crazed by the insanity of their circumstance Mike and Nick execute a spur-of-the-moment violent escape that sends the three friends off on divergent paths toward a freedom that hardly matches the kind of liberty they formerly shared.

Each man loses a crucial part of his humanity. Steven is physically ruined. Upon his return, Steven’s bride goes mute as a result of his condition. Nick takes on a self-destructive sense of guilt for Steven’s injuries. Mike carries the responsibility for the trust that Nick put in him to not abandon him “over there if anything happens.” His emotional investment in the girl he once loved — played by Meryl Streep — pales by comparison with the obligation he has to Nick. Upon returning home, Mike discovers that Nick has gone AWOL, and remains in Vietnam. Deer hunting no longer holds the appeal it once had for Mike, who allows his prey to escape rather than end the majestic animal's life. On the brink of the fall of Saigon, Mike returns to hunt for his friend whom he hopes to rescue. Nick’s heroin addiction has allowed him to forget everything about his past life to the point that he is incapable of experiencing the present. Like America itself, these Americans are wrecked.