« BIG STAR: NOTHING CAN HURT ME | Main | FRUITVALE STATION » 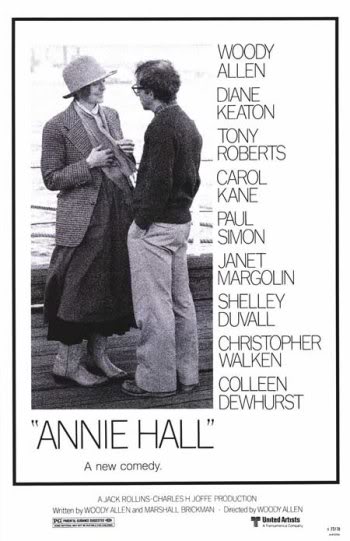 Inspired by Federico Fellini’s “8½”, “Annie Hall” contains the seeds of the deconstructionist template Woody Allen has avidly pursued throughout much of his career.

Allen’s seventh film as a director — co-written with collaborator Marshall Brickman — was the result of an elaborate screenwriting process that abandoned a murder mystery plot in favor of an existential romantic approach in order to embrace the comedian’s self-reflexive humor from multiple angles. 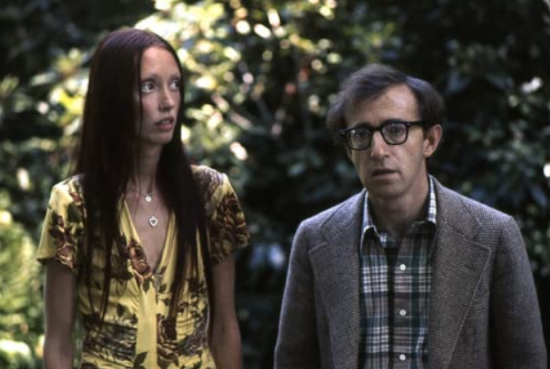 Allen introduces the film with a stand-up comic soliloquy given directly to the camera. Pain is written on his face. He dresses in the autumnal colors and style of a New England professor speaking before a class of sleepy college students. After a couple of vaudeville-style jokes about his quirky outlook on life, Allen’s alter ego Alvy Singer cracks his knuckles and shifts gears into a confessional mode about his recent break-up with “Annie.” Alvy — a Jewish leftist with a constant need to snivel — is consumed with “sifting” through the pieces of his broken relationship to figure out where “the screw-up” occurred. 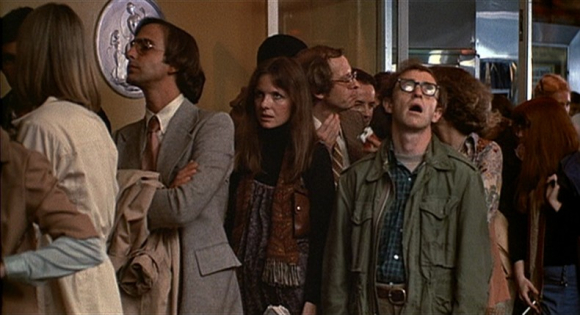 An actual clip from a Woody Allen appearance on the Dick Cavett television show adds a note of realism. In-the-know audiences, hip to fact that Woody Allen and Diane Keaton had been romantically linked prior to the making of the film, were naturally inclined to read between the lines. 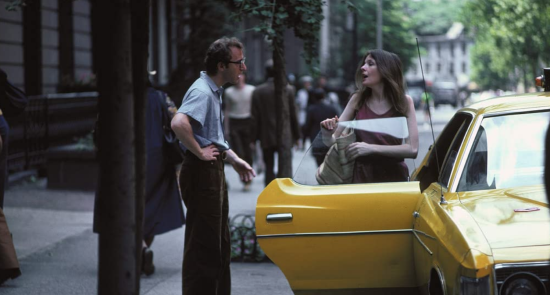 The structure is a series of time-flipping flashback vignettes leading up to and including Alvy’s yearlong relationship with Annie Hall (Diane Keaton), a free-spirited example of the ‘70s feminist ideal, albeit of the gentile variety. 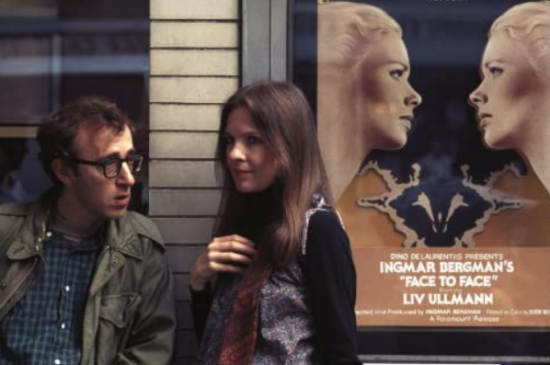 A brief sequence about Alvy’s depressed childhood spent growing up in a Brooklyn house beneath the Coney Island rollercoaster during World War II provides a literal window into his hyper-verbally expressed tangle of neurosis. Even at the age of six, Alvy had girls on the brain and contempt for every one of his classmates. Alvy’s obsession with sex, death, and a compulsive need to dissect every social interaction to an unrecognizable distortion follows him through every waking moment. At 40, Alvy suffers from a midlife crisis that finds him incapable of peacefully coexisting in a lasting way with any of the younger — sometimes much younger — women he dates. 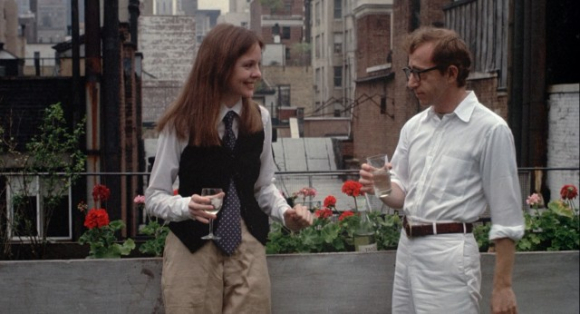 Like the Groucho Marx joke Alvy tells as representative of his philosophy — “I would never want to be part of a club that would have me as a member” — he paints himself into a self-defeating corner to keep a distance from the romantic closeness that he compulsively flirts with. At heart, Alvy Singer is a romantic dilettante; he dabbles at dabbling. 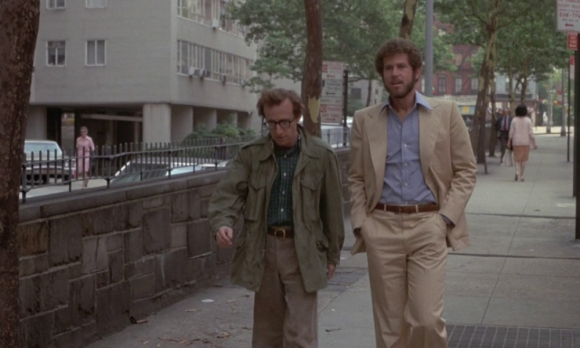 “Annie Hall” is filled with classic jokes and comic set pieces that have entered into common parlance, yet still retain their comic power regardless how many times you’ve seen the movie. The joy of “being reduced to a cultural stereotype” is up there with finding a spider “the size of a Buick” in the bathroom.