COME AND SEE — THE CRITERION COLLECTION 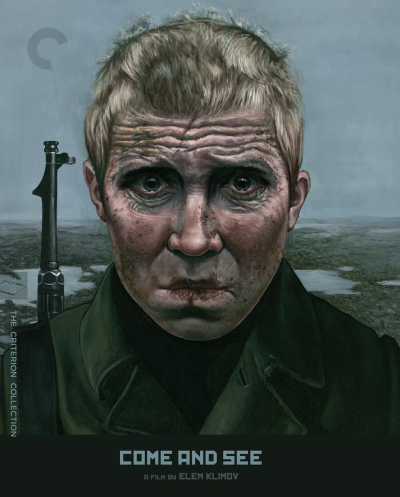 One of the most emotionally challenging and brilliant films of all time, Stalingrad-born Elem Klimov's "Come and See" (1985) is an exemplar of late Soviet cinema that sets the standard for antiwar films with its undiluted expression of cinematic poetry in the service of an unbearably brutal anti-war narrative about 628 Belarusian villages burnt to the ground along with their inhabitants by German occupation forces during World War II.

Absolutely essential yet still obscure in the West, the film is a disorienting vision of a genocidal hell that challenges Hieronymus Bosch's most gruesome compositions. An electric, buzzing stench of death and social decay hangs over the picture's volley between neo-realistic, formal, and documentary styles that Klimov uses to convey as wide a range of wartime experiences as possible. 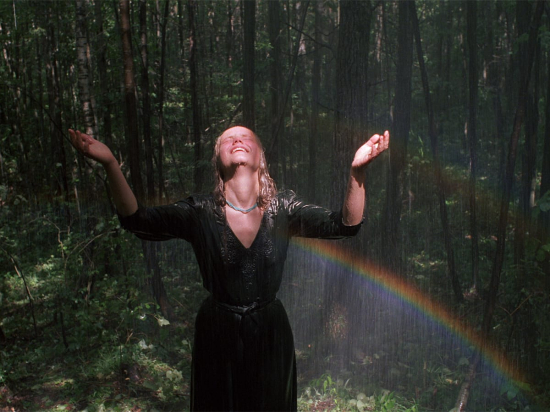 The director takes the viewer on a quicksilver descent into the madness of war through the eyes of his 14-year-old peasant-protagonist, Florya. Alexei Kravchenko's extraordinary performance as the film's subjective guide encapsulates a lifetime of suffering over a period of a few vicious days of the Nazi invasion.

Florya tries to join a ragtag troop of Soviet partisans camped in the middle of a forest, but gets abandoned alongside a teenaged girl named Glasha, who temporarily served as a lover to the resistance group’s leader. A Nazi bombing raid on the forest — one of the most evocative scenes in an unforgettable film — leaves Florya with a severe case of tinnitus. Klimov uses Florya's sensory deprivation with a twisted soundscape to bring us into Florya's agony and panic via a claustrophobic sonic space that conveys the audience's sense of being wounded. 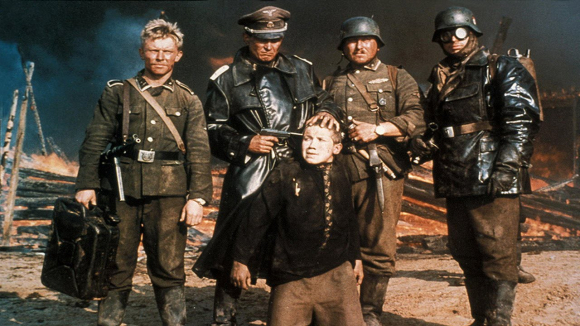 The next morning, Florya and Glasha frolic in the rain during a brief reverie where they forget the looming terror that awaits them. Over the muted sounds of sped up radio music, Glasha does a Charleston-styled flapper dance atop Florya's rain-soaked suitcase. There's a dreamlike quality to the couple's short-lived musical respite before an outlandish stork conveys an unnerving omen of unexplained incidents to follow. Wild animal life plays an important part of the image system filigree that Klimov uses to connect the story to its ecological foundation in the landscape of Belarus. 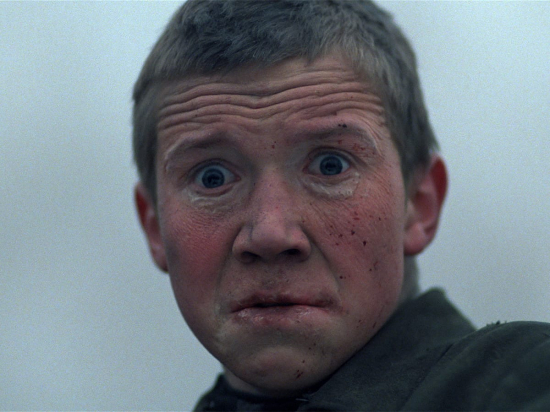 Over the course of the film Florya transforms from a boy into a broken old man. The effects of war rip out his soul and leave behind a hollow shell.

When Klimov sat down to write the script with his collaborator Ales Adamovich, the intellectual director crafted an acutely personal story about a boy who goes to fight against Nazi troops occupying his native Byelorussian Soviet Socialist Republic in 1943. "Come and See" is Klimov's paean to loss. It is his attempt to cinematically compartmentalize and contextualize his wartime experiences as a child fleeing the battle of Stalingrad in the company of his mother and younger brother, by raft across the Volga, as his city burned to the ground behind them. 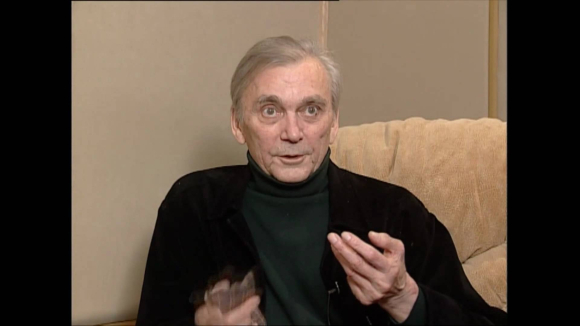