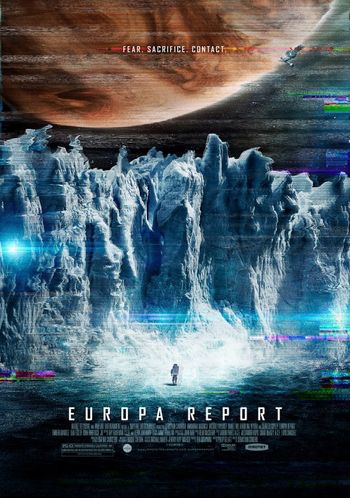 The setting is the not-too-distant future. A crew of six astronauts [four men and two women] search for alien life on Jupiter’s moon Europa. Sharlto Copley (“District 9”) and Michael Nyqvist (“The Girl With the Dragon Tattoo”) provide just the right amount of recognizable gravitas in a cast of relative unknowns.

A found-footage record reveals the doomed fate of the mission’s astronauts. Press conference narration breaks up the forward-moving flashback action. Cordero’s visual treatment of outer space is convincing for its static, and crew-operated, camera angles that capture every claustrophobic inch of the spacecraft’s fully functional interior area and the lush dark beauty surrounding them. Jupiter lurks like a colossal threat of unfathomable menace. The filmmakers make the audience feel as though we are traveling through deep space, with all earthly comforts abandoned far behind — no small feat. 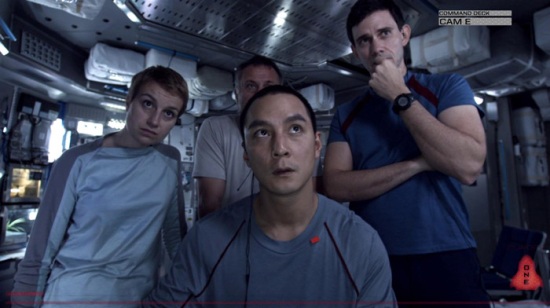 Screenwriter Philip Gelatt’s nerdy adherence to fact-based elements regarding everything from the crew’s equally subdued demeanor to their ship’s dimensions and machinery sets the stage for a hushed tone that allows tension to build. Clichés of character archetypes are nowhere to be found. This generic approach to personality contributes to drawing the audience in on a deeper level. There are no outlandish traits of sexuality, humor, or charisma to distract from the action at hand. 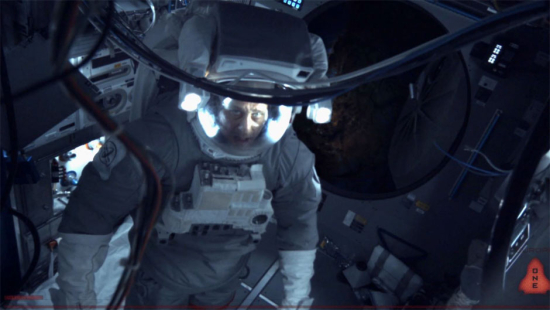 “Europa Report” isn’t a perfect film; the story isn’t as tight as it should be and the arc doesn’t go far enough toward a climax that could have delivered a bigger punch. Nonetheless, it is an artistically pure, novel film in the vein of the Dogme ’95 tradition. Watching it gives you a sense of being trapped in a spaceship with a crew of astronauts while observing things you have never seen before. Space travel is scary for a reason.