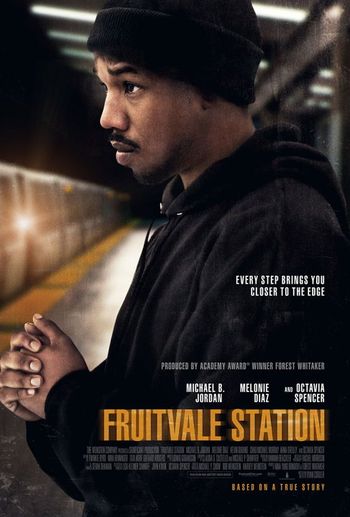 The ever-escalating shift from police departments dedicated to local peacekeeping to a militarized force of trigger-happy goons has resulted in so many tragic instances of unlawful manslaughter that the 2008 murder of 22-year-old Oscar Grant hardly seems exceptional. Writer/director Ryan Coogler’s efforts to draw attention to the little known murder by providing a backstory narrative about its victim has mixed results. Docudrama melds with melodrama. 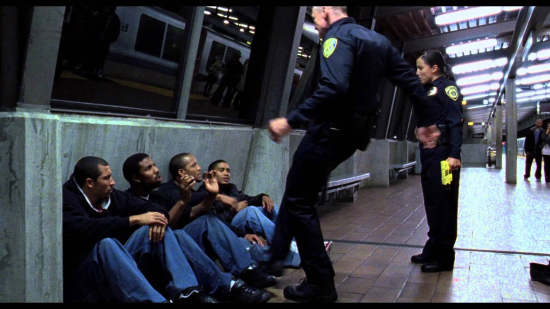 Coogler’s (appropriately) pedestrian camera follows Oscar Grant (Michael B. Jordan) through the last day of his life. The young ex-convict — he sold drugs — wakes up on December 31, 2007 with a host of personal problems. Grant wants to convince Sophina, the mother of his child that he won’t cheat on her anymore. He tries to get his grocery store job back after having been fired for his chronic lateness. Then there’s the pound of weed Grant needs to sell if he plans on continuing to hide his recent unemployment from Sophina. 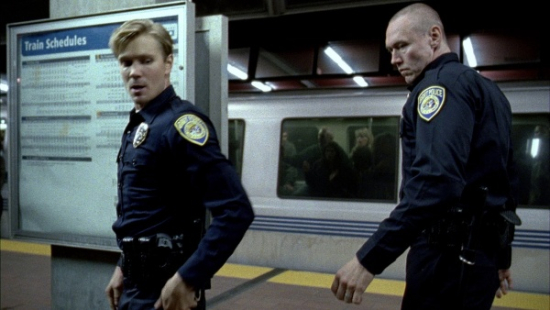 The film puts the audience into the lifestyle and mindset of millions of young African-American men struggling to scrape by in an increasingly hostile society, where opportunities come fewer by the day. Unfortunately, the filmmaker gets caught gilding the lily on several occasions. One obvious instance occurs during what screenwriters call a “pet-the-dog” moment — an outdated device meant to win the audience on the side of a character by having him or her literally pet a dog, as though a simple act of kindness demonstrates the humanity of said character. Oscar does indeed pet a dog just prior to the canine getting hit by a car — something that sends our protagonist into a helpless act, calling out for help to an otherwise empty street. Whether or not the event actually occurred on Oscar Grant’s last day of life is beside the point. It overstates the film’s case that, here is a young man who deserved better than to be assassinated on a subway platform by Johannes Mehserle, an allegedly racist Bay Area Rapid Transit police officer. 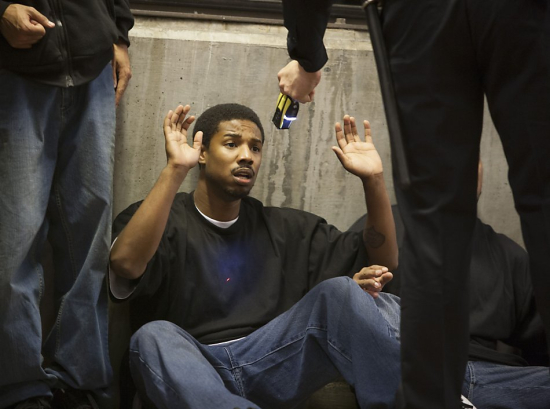 Bookended by footage of the actual killing recorded on cellphones by passersby, “Fruitvale Station” is a cautionary reminder of how predictably unpredictable law enforcement officers in America are. People with guns are dangerous. People with guns and authority are to be avoided at all cost, especially if you're black.