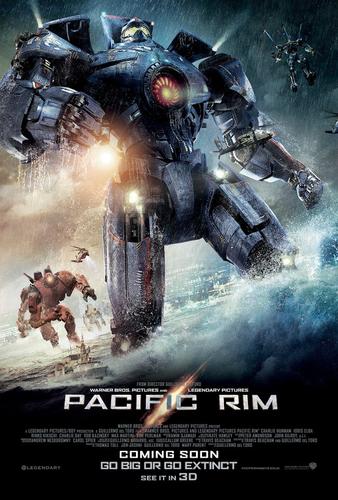 Of its many failings, the biggest drawback to “Pacific Rim” is the sci-fi fantasy’s presentation as anything other than children’s movie. A PG rating would have been more appropriate than the PG-13 the movie touts. Ten-year-olds will get a big thrill out a movie that is all spectacle and little to no substance. Guillermo del Toro’s name-above-the-title only serves to over-promise. Audiences who have followed del Toro’s career are likely to savor the auteur’s inventive and complex narrative approach that rendered such instant classics as “Cronos” (1993), “The Devil’s Backbone” (2001), and “Pan’s Labyrinth” (2006). Many may have chosen to overlook del Toro’s embarrassing penchant for fanboy culture that lead to his directing two “Hellboy” movies. If the once revered director is content to cross over to the dark side of Hollywood’s comic-book franchise and sequel-happy world of diminishing returns, then so be it, he has sent the message loud and clear.

Without a glimmer of socio-political subtext “Pacific Rim” is an apocalyptic vision of kooky giant sea monsters — called “Kaiju” — rising up from the deep to wreck destruction on civilization. Humans, in the meantime, have devised giant rock-‘em-sock-‘em Transformer-like machines — called Jaegers — to do battle with the malevolent creatures whenever they make an appearance. Where its ostensibly inspiring “Godzilla” films were rooted in dark political satire relating to the effects of nuclear war, “Pacific Rim” is an exercise in special effects, and nothing more. To that end it is impressive, but there isn’t so much as a blink of meaningful subtext to hang your hat on. Everything is cookie-cutter cliché. 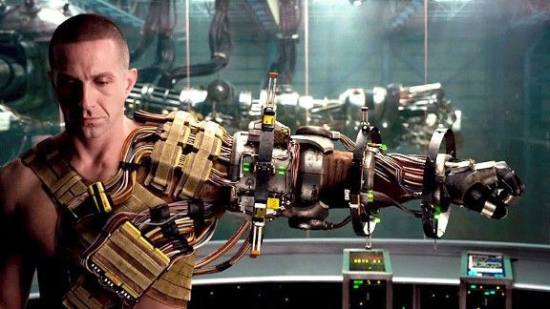 Charlie Hunnam does his best Garrett Hedlund impression as Raleigh Becket, a Jaeger co-pilot — it takes two mentally and physically compatible pilots to control each side of the giant fighting machines. While it’s true that casting Garrett Hedlund in the role of Raleigh would have improved the movie exponentially, it still wouldn’t have mattered much in the grand scheme of things.

“Pacific Rim” is a great looking movie but still manages to wear out visual tics that the filmmakers can’t resist coming back to five times too many; witness the transparent 3D screen in the Jaeger headquarters. Here is a kids’ movie that could have performed better if it had been budgeted and targeted to its genre. In short, kids will love it; adults will be disappointed — simple as that.