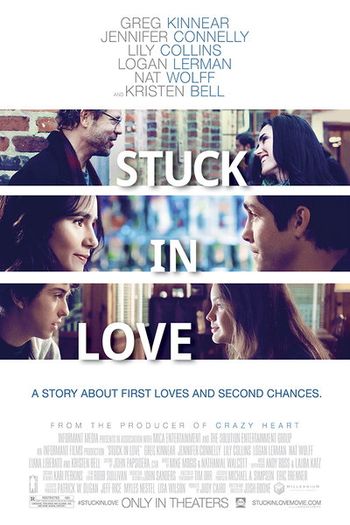 A well blended cocktail of familial connections, aspirations, and separations, “Stuck in Love” is a complex romantic comedy that keeps on giving even when you think it has run its course.

Debut writer/director Josh Boone weaves together comedy, drama, and that precious je ne sais quoi that screenwriters desperately try to attain. Besides creating characters that exist just within the bounds of suspension of disbelief, Boone understands how to deploy the basic elements of human nature — both ugly and lovely — so that you empathize with every character. When was the last time you watched a movie that you felt comfortable in every character’s shoes? 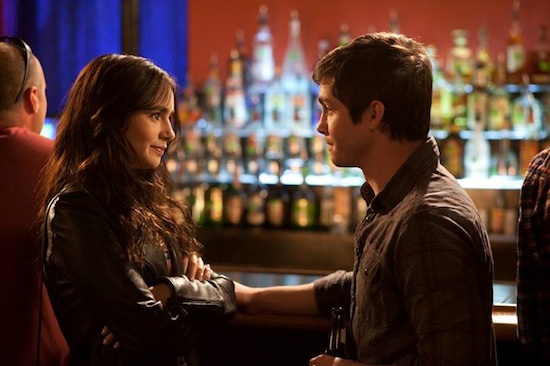 Everyman actor Greg Kinnear plays William Borgens, a successful writer still pining over his ex-wife Erica (Jennifer Connelly) from the relative comfort of his idyllic beachfront home where he resides with his teenaged son Lou (Logan Lerman). Lou is a budding writer obsessed with his unattainable classmate Kate (played by the effervescent Liana Liberato ). Lou’s older sister Samantha (Lily Collins) is about to have her first book published. She isn’t on speaking terms with her mom due the way Erica treated her dad. As such, she submerges her need for emotional intimacy by having mindless one-off assignations with the dumbest boys she finds among her college classmates. 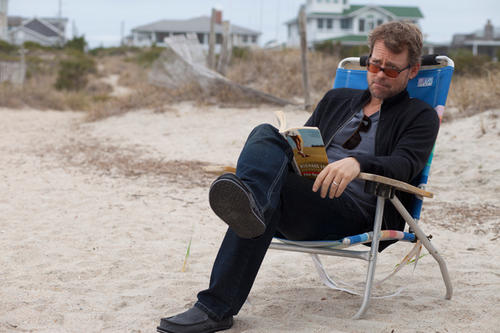 “Stuck in Love” manages to be both heavy and light, with a healthy dose of articulate intellectual expression from its well-read characters. From its cherry-picked ensemble cast to its dynamically contained narrative, here is that rare independent movie that takes you on an enjoyable emotional rollercoaster before safely dropping you off in a place of dramatic fulfillment.