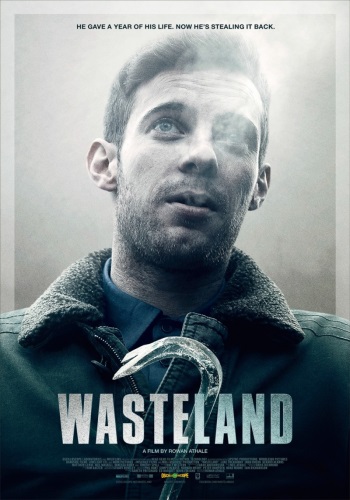 Rowan Athale’s debut feature is a British crime drama that wears its amateurishness on its sleeve. Conceived as a deconstructed heist movie, the over-worked plot dares its audience not to laugh out loud at its noticeably artificial underpinnings. You may feel like you’re holding the filmmaker’s hand in an adult/child relationship.

Luke Treadaway is woefully miscast as Harvey, a Yorkshire street tough fresh out of a yearlong prison term for a trumped-up drug-possession charge. Treadaway has a cutish boyish demeanor that undercuts his character’s potential for violent revenge that Harvey pursues against Roper (Neil Maskell), the scum responsible for putting him in the pokey. He’s just too squishy and soft.

Athale employs a clichéd exposition device to house his drama. Detective Inspector West (Timothy Spall) questions a bruised and battered Harvey about a recent robbery at a local club. Harvey narrates the flashback action that landed him in the dark room where his fate will be determined.

An assemble-the-team opening act introduces Harvey’s three working class buddies, whose poor command of grammar cues the audience as to where our sympathies ought to lie. Athale withholds key plot information in order to distract from ghost-in-the-machine plot revelations that arrive too late in the game. “Wasteland” comes off like an exercise in misdirection. Rowan Athale hasn’t learned the important principle that Alfred Hitchcock faithfully honored about earning and paying off on the viewer’s trust. “Wasteland” is a waste of time.

Posted by Cole Smithey at 02:35:17 PM in British Gangster

Listed below are links to weblogs that reference WASTELAND: