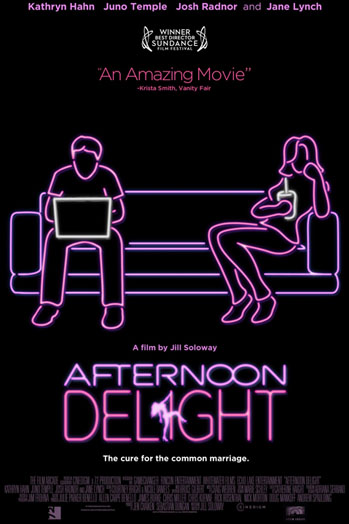 If Jill Soloway’s kooky but sexy romantic comedy is any kind of bellwether about the future of mainstream cinema, then expect to see Hollywood actors having real sex on-screen within the next five years. Ribald, and infused with a post-mumblecore sensibility about how young [read clueless] married couples behave; “Afternoon Delight” is a custom-made story about reviving romance after the shine has worn off. An “eyes-open” orgasm is the super objective.

Rachel (Kathryn Hahn) and Jeff (Josh Radnor) live a cushy life in L.A.’s Silver Lake suburb with their young son Logan. Jeff designs apps. Rachel runs the kid to the Jewish community center when she isn’t pouring out her woes regarding her lacking sex life to her over-sharing lesbian therapist Lenore (Jane Lynch). A humanitarian who also happens to be a poor judge of character, Rachel screws up big time when she invites McKenna (Juno Temple) — a troubled dancer the couple recently met a strip club — to stay with them. McKenna gives Rachel fair warning about what she’s letting her family in for. McKenna announces, “My mom’s a witch, a Wiccan kind of witch.” Nonetheless, Rachel has no problem hiring McKenna to serve as a nanny when the hot-to-trot trollop isn’t making outcall prostitution runs. 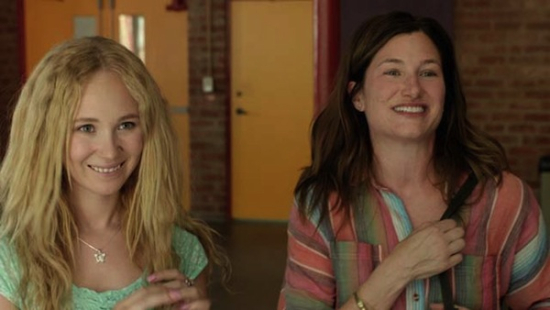 The stage is set for McKenna the “sex worker” to go about her slow burn homewrecking ways. Juno Temple, with her energetic openness, is an ultimate randomizer. Kathryn Hahn, for her part, goes along for the ride. When McKenna invites Rachel to come along to visit one of McKenna’s regular clients, Rachel gets more than she bargained for. “Afternoon Delight” is a refreshing romantic comedy for its daring exploration of sexual commitment. Woody Allen should be jealous.