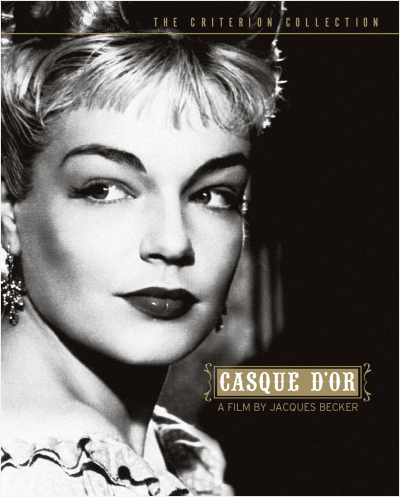 Draped in the manners of fin de siècle in Paris, writer-director Jacques Becker’s 1952 milestone of romantic drama is a snapshot of French social mores at the turn of the 20th century.

A would-be love story between troubled souls at the bottom of the social ladder — an ex-con carpenter and a haughty prostitute — is the springboard for an examination of romance, integrity and gangland crime during the Belle Époque. 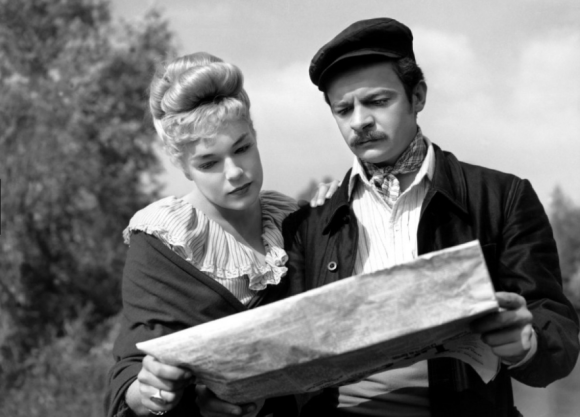 The legendary Simone Signoret was never more stunning than in her role as the hooker Marie “Casque d’Or” — a reference to her “helmet” of blonde hair. Cinematographer Robert Lefebvre compulsively explores Signoret’s somewhat masculine face in direct-to-camera close-ups so audiences may absorb her bold charisma. Radiant backlighting gives Marie a glowing outline that emphasizes both her character’s seductive power and her poker-faced convictions. 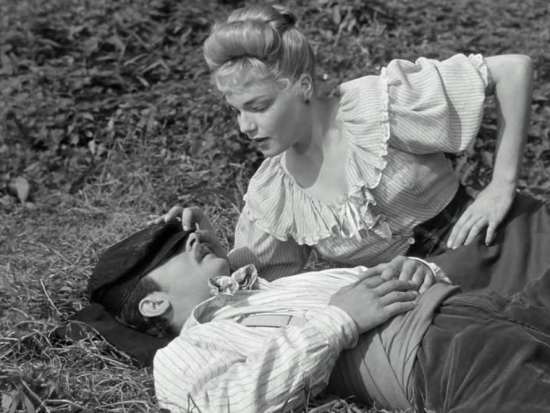 Lefebvre’s innovative camera work, including complex dolly shots and fluid pans, further energize this film with techniques that influenced such French New Wave directors as Goddard and Truffaut, to whom Jacques Becker was a hero. It’s no coincidence that Becker had worked under Jean Renoir — another Nouvelle Vague precursor — for more than a decade. 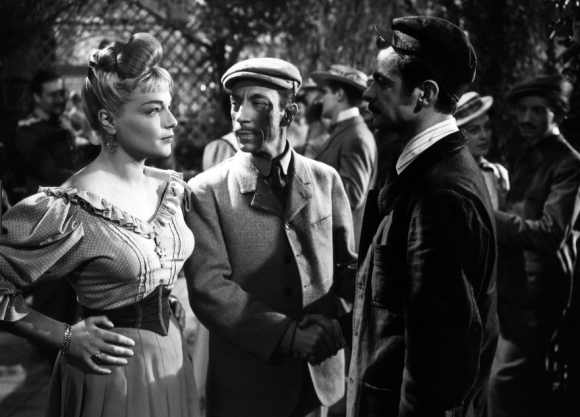 The story opens with a painterly composition of revelers rowing boats to shore against a monochromatic landscape. An Impressionist sensibility bleeds from the frame. Marie rows while arguing with her gangster boyfriend Roland (William Sabatier), a frequent habit that bores the other members of their party. Never mind that the men row the other boats as their female companions enjoy the ride. A Sunday afternoon dance at a nearby café strikes a lightening bolt of love-at-first-sight between Marie and the unpretentious Manda (Serge Reggiani). 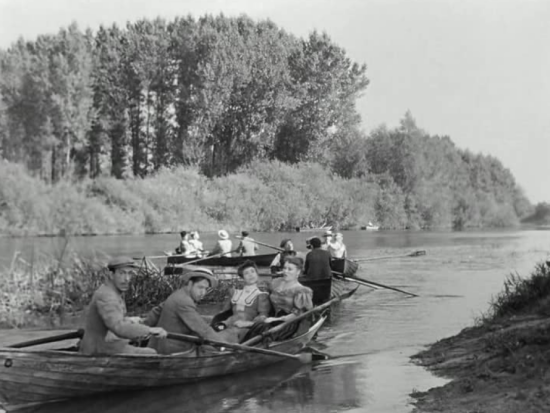 Manda is close friends with Raymond (Raymond Bussières), a member of the same gang — led by Leca (Claude Dauphin) — which Roland considers family. Raymond and Manda once spent time in jail together, and their bond is evidently deep. 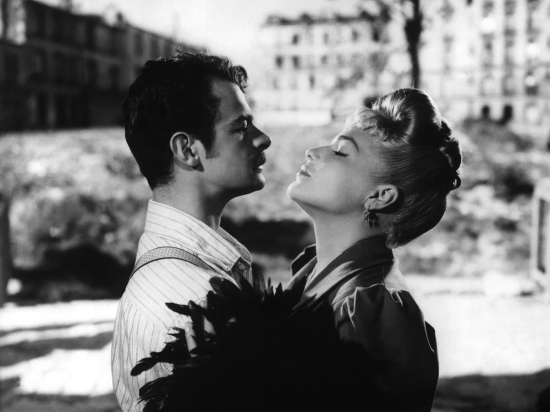 Roland takes offense when Marie dances with Manda, despite the fact that her new suitor is careful to dutifully keep one arm dangling innocently at his side throughout the dance. A pulled chair leads to a punch. Manda is no pushover.

Raymond visits Manda at the woodworking shop where he works to invite him out for dinner. The die is cast. Roland is at the crowded restaurant when Manda arrives. A backyard duel between Roland and Manda involving a switchblade forces Manda to give up his job and leave town. 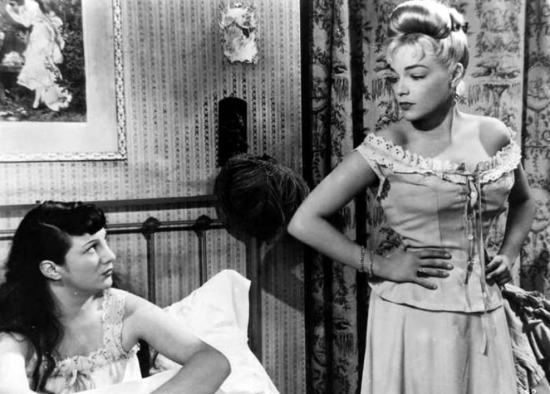 Suddenly attracted to the object of Roland’s and Manda’s affections, Leca the cunning kingpin takes over the story. He manipulates the people around him to ensure that Marie will be his, and that Manda will take the fall for a crime he was cornered into committing. Turning the conventions of film noir on its head, here is a home fatale. 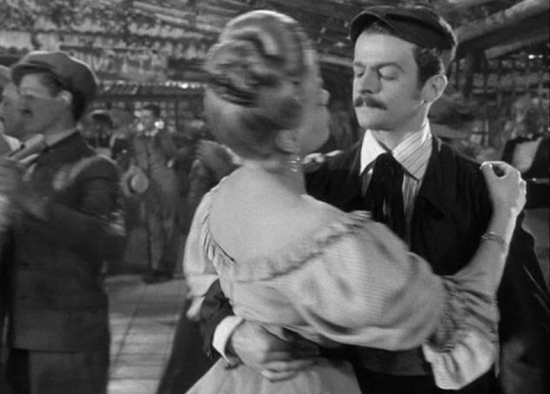 Of the film’s many strengths, it is Becker's absorbing attention to every detail of costume and milieu that makes the movie live and breath with a timeless vibrancy of cultural significance. Regardless of how many liberties the filmmakers took with the actual 1901 case involving a prostitute called “Casque d’Or,” here is a nonjudgmental treatment of circumstance, people, and emotion.