Independent dramas don’t come better conceived or executed than this impressive debut by writer-director Destin Daniel Cretton. Based on Cretton’s experiences working in a group home for at-risk teenagers in southern California, the upstart filmmaker made a 20-minute short film that he used as the basis for this feature, which brims with socially aware accuracy. Set on narrative terrain with the potential for preachy moralizing, Cretton avoids this trap by dovetailing organic plot and character details with invisible exposition that accumulates into a perfect, whole form.

Brie Larson’s beguiling performance as Grace, the social program’s sensitive but ardent supervisor, is an understated tour de force. Larson’s affable ability to portray multiple emotional and intellectual intents with naturalistic earthiness is the stuff of a break-through act. Hollywood should sit up and take notice. Grace lives on the sly with her equally capable co-counselor Mason (John Gallagher Jr.). The twentysomething couple can’t help but bring their work home. Their own troubled backgrounds bring an added dimension of insight and purpose to the film. 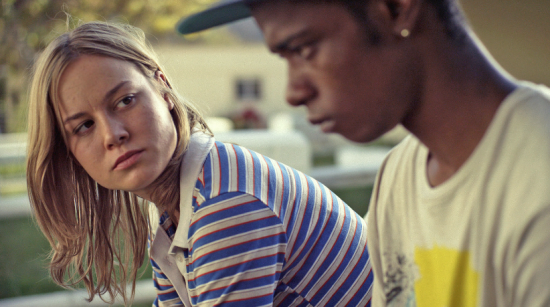 Cretton inducts the viewer gradually into the predictably unpredictable nature of existence for the young adult supervisors and the troubled teens they are entrusted to keep “safe.” Nate (Rami Malek) — the author’s alter ego — is a freshly hired supervisor whose character serves as a buffer for the audience to understand the challenge of dealing with kids whose emotion instability can cause them to spontaneously combust into all manner aggression.

While therapists frequently with the facility’s young residents, Grace takes special interest in Jayden (Kaitlyn Dever), a new girl at the facility whose defense mechanisms disclose as much as they conceal. As the story unfolds, Grace’s bond with the Goth-styled Jayden enables a series of revelations that give the film an unexpected hook. Jayden reads to Grace from a children’s short story she’s written about a friendship between an octopus and a shark. Grace interprets the story’s subtext to take decisive action based on what she has learned about Jayden through the brief literary format. The veiled exposition functions on several levels to allow the audience to understand how the bridge of communication Grace has built with the painfully self-aware Jayden, comes to fruition. 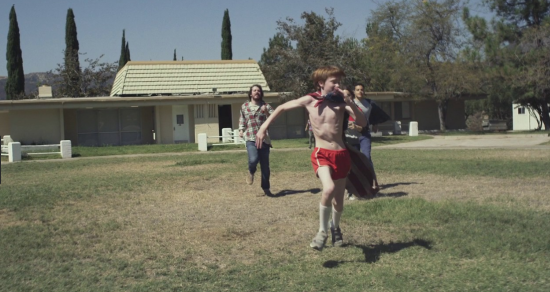 “Short Term 12” is an original gem of a film that brings something new to the table. The narrative compulsively refreshes itself with every scene. Behavior and atmosphere conspire toward a behind-the-scenes feel to the drama. We recognize the vulnerable young people on the screen, and empathize with them in a way that few films allow.

Socially instructive without falling prey to a single cliché, “Short Term 12” is an admirable example of a modern approach to storytelling. It’s a movie that could just as easily be used as an instructional film for counselors as it could for filmmakers. Most importantly, it’s an entertaining drama that is equal parts heart and message.