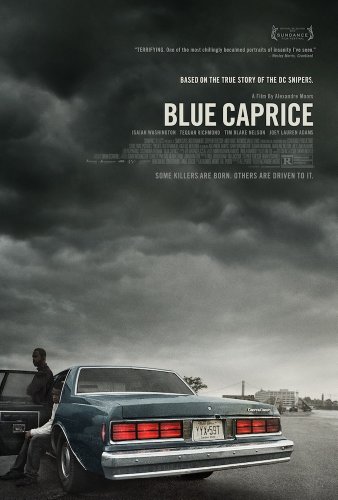 A haunting work of earned literary license, “Blue Caprice” is a deconstructionist dramatization of the 2002 Beltway sniper attacks that transports the viewer inside the troubled minds of the killers. Working from an impressively original script by newcomer Ronnie Porto, French director Alexandre Moors eschews typical thriller tropes in favor of a character study whose dramatic element is intimately psychological. A difficult effort by any measure, here is a true-crime drama without a protagonist.

Tequan Richmond (“Everyone Hates Chris”) plays abandoned teenager Lee Boyd Malvo whose rudderless life on the Caribbean island of Antigua finds hope in the guise of John Allen Muhammed (Isaiah Washington), a father figure who carries deeply seeded resentments against American society for injustices he suffered while living in Tacoma, Washington, where he once had a wife and children. John preys on Lee’s insecurities, indoctrinating the emotionally damaged boy into the ruthless mindset of a hardened soldier after taking him back to Tacoma with him.

Isiah Washington’s performance seethes. His submersion in a thankless role as a serial killer mastermind is cringe inducing. We see the character’s rage seep and build as he feeds off of his apprentice’s desperate need for approval. For his part, Tequan Richmond convinces regarding his character’s descent into a brainwashed arm of John’s warped ideology through the smallest expressions.

Alexander Moors purposefully deglamorizes the volatile subject matter. Washed out colors permeate the film and give it an appropriately subdued mood. For a low-budget independent film, “Blue Caprice” raises simmering questions about things such as America’s rampant gun culture without ever hitting them on the nose. It’s a rough gem whose muscular socio-political analysis is always present but never on display.