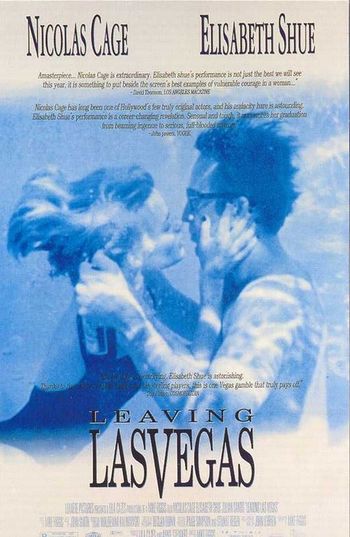 “Leaving Las Vegas” (1995) is a remarkably potent romantic drama that permanently altered the careers of many of the people involved in its creation. The author of the book upon which it was based, John O’Brien, intended his novel — about a recently divorced Hollywood movie exec who moves to Las Vegas to drink himself to death — as an extended suicide note. Talk about method acting: O’Brien killed himself shortly after production on the film began.

Director Mike Figgis received an Academy Award nomination for his impressive efforts. Nevertheless, for all the big expectations, Figgis was never able to make good on the promise that “Leaving Las Vegas” seemed to forecast. 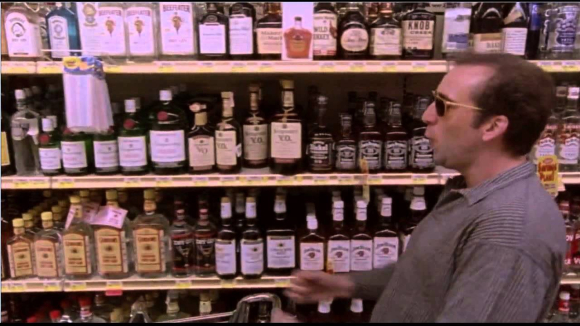 Perhaps the film’s most obvious casualty was Nicolas Cage, whose fearless performance as the suicidal alcoholic Ben Sanderson won him a best actor Oscar. After pouring so much of himself into creating a dead-end antagonist with a twinkle of romantic humanity left in him, Cage made an abrupt turn toward Hollywood blockbuster fare with “The Rock” (1996) and never looked back. Cage appears to have forever abandoned such intricate characters in favor of a readymade movie-star approach to every role he played since. 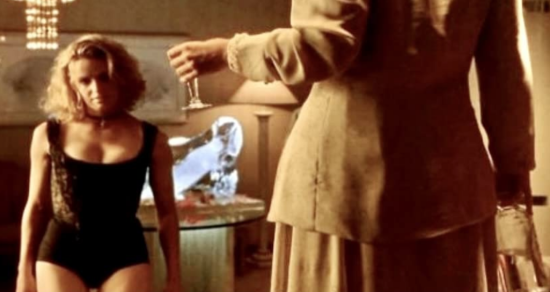 Elizabeth Shue received a much deserved Oscar nomination for her confident portrayal of a prostitute named Sera who falls in love with Ben in spite of, or because of, his self-destructive personality. She sees something in Ben that even he doesn’t recognize. The film is interspersed with illuminating sequences of Sera divulging candid aspects of her personal experiences to an unseen therapist. Shue’s authoritative expression of her character’s contrasting vulnerability and toughness takes your breath away. Like Cage, her commitment to her role is absolute. 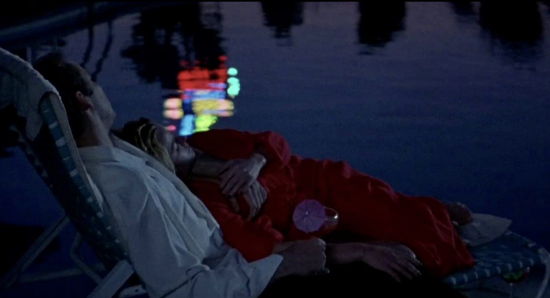 Filmed on super 16mm film in order to allow the (under-financed) Figgis to shoot fast and cheap — often shooting scenes in single takes to circumvent filming permits — “Leaving Las Vegas” has the greasy look of a documentary that mirrors Ben’s spiraling binge. Ben’s glassy bloodshot eyes penetrate the screen with a Valhalla shout at society of his hopelessness. As much as Ben appreciates the love and affection that Sera thanklessly bestows on him, his prerequisite for their relationship is that she not attempt to impede his drinking in any way. When Sera gives him a flask as a gift, Ben knows he’s with the “right girl.” 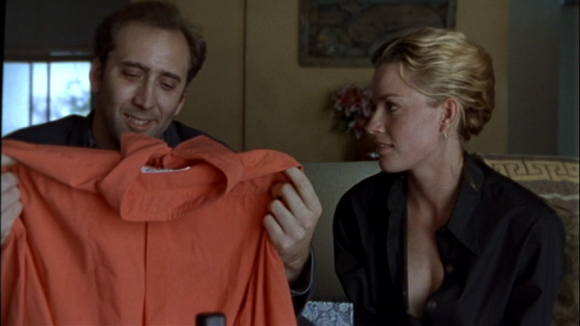 Mike Figgis never misleads the audience about where the story is headed. We know that Ben will succeed in his stated mission to kill himself via hundreds of bottles of various kinds of booze. He knows what he wants, and nothing will stop him from attaining it. 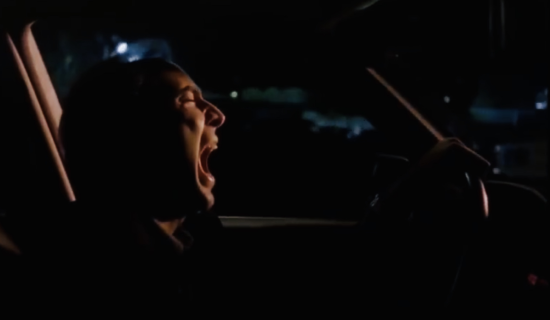 After Sera invites him to leave his fleabag hotel — appropriately named "The Hole You’re In" — to come live with her, Ben leaves his clothes behind so he can fill his suitcase with bottles of liquor. The surprising redemptive effect that Figgis achieves at the film’s culmination arrives with a bittersweet act of physical kindness that only Sera can provide.