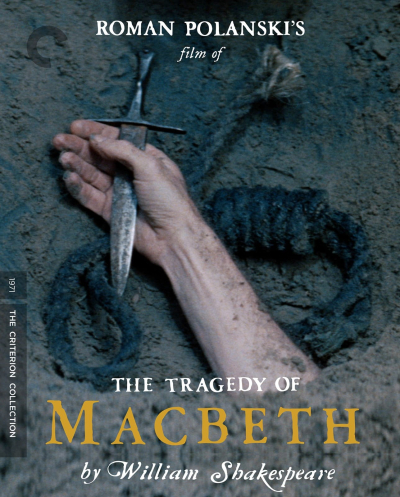 Roman Polanski’s cinematic response to the shattering heartbreak he suffered after his pregnant wife Sharon Tate was brutally murdered by Charles Manson’s cult members, is an audacious adaptation of one of Shakespeare’s bloodiest plays.

Polanski 1971 take uses Shakespeare’s tale of “sound and fury, signifying nothing” to comment on man’s primitive [read senseless] bloodlust that, Steven Pinker's argument on body counts notwithstanding, seems to increase exponentially along with technological advances. 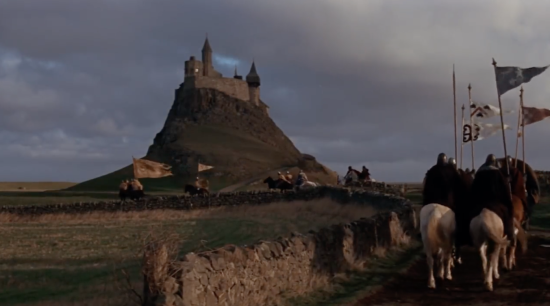 Nothing in the cannon of Shakespearean adaptations comes close to the dramatic purity Polanski achieves with “Macbeth.” Cast with an ensemble of impeccable actors —including Jon Finch, Francesca Annis, and Terence Bayler — Shakespeare’s vibrant language rings with a naturalism rarely heard by modern ears. No trace of artifice exists. Character, theme, and plot are as one.

Soaked in the mud and grime of its 15th century confines, the film opens on a extraterrestrial landscape where three witches perform a crude and diabolical ritual. The women — one blind, one young, and one matronly — dig a hole in beach sand to bury a noose along with a severed hand in which they place a dagger before pouring on a bottle of blood. The wicked seed of Macbeth’s imminent destruction is planted with their final blessing of spit. The prophecy the witches dispatch to Macbeth regarding his fate of becoming king of Scotland is a spell cast in the depths of hell.

Macbeth’s nocturnal visit to the witches’ lair later in the story gives rein to Polanski’s nefarious depiction of their nude debaucheries. The sequence gives way to Macbeth’s drug-induced hallucinations that reference the paranormal dream sequence that gave “Rosemary’s Baby” its demonic hook.

Jon Finch’s introspective Macbeth is a brooding antihero to whom the audience is placed near enough to hear his breathing. Finch’s dark emotional range reflects Macbeth’s naiveté in the face of his wife’s unbound ambition, which proves woefully unsound for the depth of their malevolent greed. Lady Macbeth tells her worried husband, “Look like the innocent flower, but be the serpent under it. Leave the rest to me.” Her words are misleading. It is Macbeth who must carry out the murder of the visiting King Duncan (Nicholas Selby) at Lady Macbeth’s behest before overreaching by killing the King’s attendant guards after the king’s corpse is discovered.

Crucial to the film’s absorbing environment is the giant Inverness hilltop castle upon which Polanski lingers in long shots, allowing the audience to assimilate the remoteness of the lives lived there. Polanski’s methodical continuity of physical context lends a concrete foundation to Shakespeare’s narrative form. There is nothing for the audience to question. 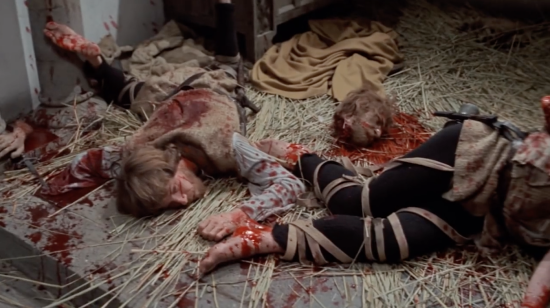 “Macbeth” was given an “X” rating at the time of its release for a couple of nude scenes that are tame by modern standards. More explicit is the fierce broadsword battle between Macbeth and Macduff that seals Macbeth’s blood-soaked demise.