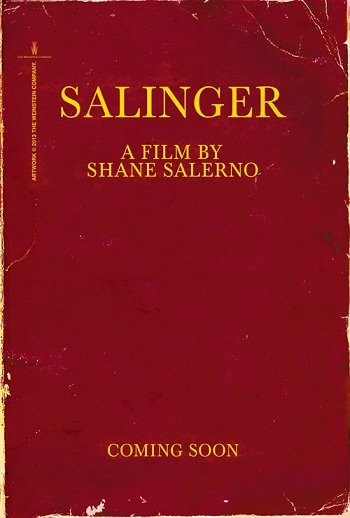 Shane Salerno’s exhaustive bio-documentary about one of America’s most enigmatic and reclusive literary figures nonetheless manages to leave out essential elements that are only alluded to in the film. A cavalcade of interviews with J.D. Salinger’s associates, admirers, biographers, friends, girlfriends, family members, and those on the periphery of the author’s career trajectory of spectacular success, combine to flesh out an abstract portrait of a deeply committed writer whose demons are evident yet never clearly defined.

Stylistic choices — such as a theatrical stage setting where projected images oversee an actor seated at a manual typewriter with pages scattered about — help to fill in where a greater wealth of archival photos and film clips of the camera-shy Salinger would have been helpful. The filmmaker is forced to repeatedly recycle a handful of photos to portray a complex man with a longstanding affinity for much younger women. Salinger's obsession with the loss of innocence found footing in more than merely his writings.

The film peaks during its descriptions of “Jerry” Salinger’s 299 days of military service during World War II, starting with the writer-soldier’s participation in D-Day, which left many of his fellow fighters dead or mutilated. Commentary from a war buddy, and the son of another soldier in Salinger’s unit, provide insight into Salinger the soldier, who carried copies of his unfinished book on him at all times. Salinger’s traumatic experiences inspecting a burned-out Nazi concentration camp where the corpses of thousands of Jewish victims lay rotting provide some context for his fragile mental state as he was writing “Catcher In the Rye” — a book that has sold over 60 million copies, and continues to sell 250,000 copies each year. We learn that Salinger suffered from a nervous breakdown after the horrors he witnessed and survived. Unfortunately, we don’t get a detailed explanation of what the “breakdown” entailed.

Accounts of Salinger’s failed marriages — one to a “Nazi,” and another to Claire Douglas, with whom he had two children Margaret and Matthew — fail to provide much perspective on Salinger’s changeable personality, which kept him sequestered in a cabin "bunker" away from his family for days and weeks at a time while writing. Hardly any discussion of the author's flirtation with various religions — such as Paramahansa Yogananda and Christian Science — is given. Even Salinger’s preferred method of wooing girls, by writing letters, receives a cursory treatment behind an otherwise illuminating series of interviews with Joyce Maynard, the young writer who Salinger brought to live with him for nine months when she 18. 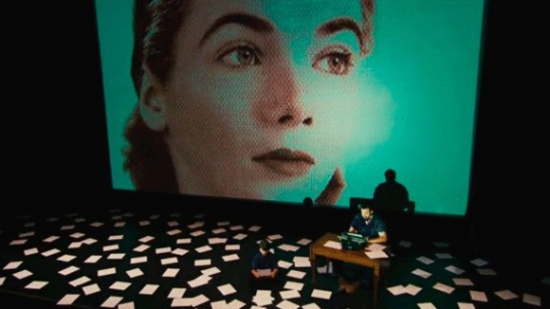 “Salinger” culminates with information about the scheduled release of five books that J.D. Salinger spent the last 45 years of his life writing. The film functions well as a clarion publicity bell for an author who never again wanted to suffer the anonymity-stealing effects of fame after finding himself in its inviting waters, regardless of how hard he had worked to get there.