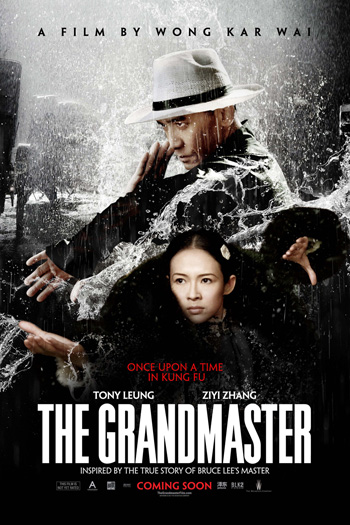 Director Wong Kar Wai’s first return to the martial arts genre since his extravagant 1994 cinematic feast “Ashes of Time,” is a stylistically profound dissection of kung fu as practiced in ‘30s and ‘40s era China. That the film’s iconic subject is the martial arts grandmaster Ip Man — famous for instructing Bruce Lee in the Wing Chun style that served as the foundation for Lee’s own personalized Jeet Kune Do style — allows for a steely thread of nationalistic propaganda to run through the film.

The film’s first half is a veritable crash course in the “vertical and horizontal” techniques that give Wing Chun its primary basis. Legendary fight choreographer Yuen Woo-Ping creates epic physical battles that match Wong Kar Wai’s operatic narrative approach. Each fight carries significant thematic information that moves the story forward. The film’s opening fight sequence — set on a rainy night and involving a group of attackers — peddles between glorious slow-motion events that elevate the action to a microcosm of nature’s unavoidable intent. Each elegantly lit raindrop represents a flash of dynamic energy. 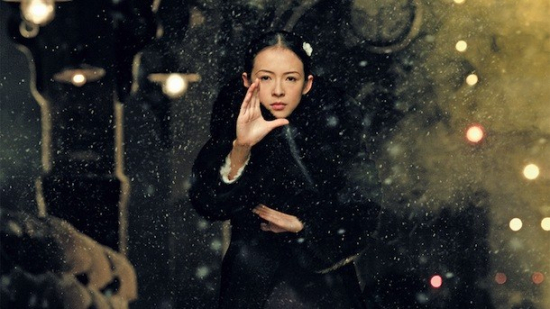 A centerpiece fight sequence between Ip Man and Gong Baosen, an older grand master, involves Ip Man attempting to remove a disc-shaped cake from the challenger’s hand without breaking it. Wong Kar Wai gives the duel a ceremonial tone. The purpose of the fight is for Gong to pass on the torch of his mastery before a group of China’s most gifted kung fu practitioners. The fragile pastry at the core of the battle becomes a focal point for the fighters to rally around through their dynamic display of physical control and expertise. Kar Wai’s fluid camera technique captures the fighters’ dichotomy of intensity and softness that supports the film’s extolment of kung fu as the highest Chinese culture. There is tranquility in the eye of the tornado.

A Foshan brothel provides the flamboyant meeting place where Ip Man enters into a romantically infused fight with Gong Er (wonderfully played by the unforgettable Ziyi Zhang). The wirework on display is truly breathtaking. Their contact instigates a love affair interrupted by World War II. Much has changed for both by the time they are reunited a decade later.

Arriving amid a flurry of Ip Man-related films, “The Grandmaster” is a celebration of kung fu as much as it is a salute to one of its most beloved grandmasters. Although for too long the script abandons the Ip Man storyline in favor of following Gong Er’s fairly unrelated subplot involving a generic baddie named Razor (Chang Chen), “The Grandmaster” is a lush martial arts film firmly anchored in its historically significant subject. Part action film, part romance novel, and part political diatribe, the film never forgets its purpose to entertain. The effect is elating.