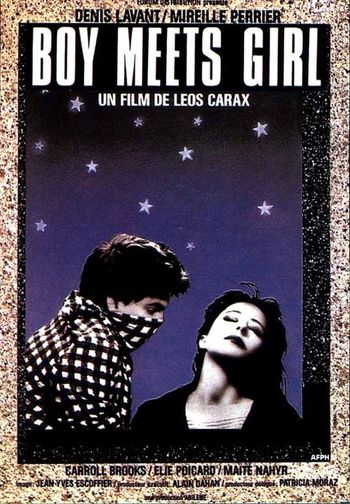 Immersed in cinematic references to Goddard, “Boy Meets Girl” is nonetheless a thoroughly original work brimming with invigorating sequences. Better cinematic use of the Dead Kennedys' iconic song “Holiday in Cambodia” has never been made. After Mireille’s boyfriend abandons her, the melancholic Mireille turns the stereo on and goes into a head-rotating punk dance while holding a frying pan. The scene is explosive. Subtext runs deep in coincidence. Metaphors abound. Alex walks by on the street and eavesdrops on Mireille’s boyfriend explaining his decision to leave her over her apartment’s intercom. Alex, a budding filmmaker, claims all that he sees and hears as his own.

The drug-addicted Alex follows Mireille’s newly ex-boyfriend into a diner. The counter clerk sizes Alex up. “The problem with loners is that they’re never alone.”

Before the night is over Alex will crash a private party where the suicidal Mireille is in attendance. A conversation with a deaf retired soundman from the silent era of cinema provides a profound sense of Carax’s reverence for the medium. 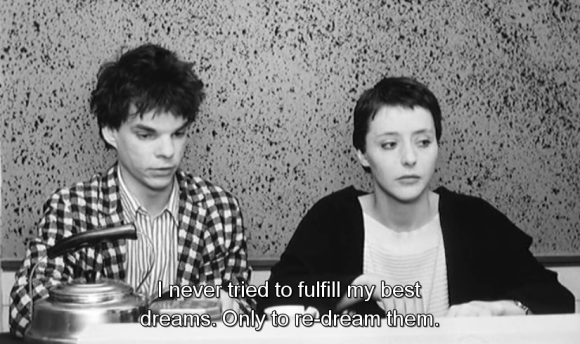 “Boy Meets Girl” is a passionate cinematic work that echoes the brilliant dramatic effects Leos Carax has achieved with his other films (“The Night is Young,” “The Lovers on the Bridge,” “Pola X,” and “Holy Motors”).