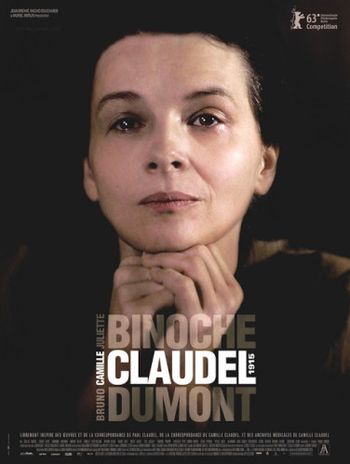 You should know something before watching Bruno Dumont’s riveting rendering of the last days of the brilliant French sculptor Camille Claudel: the film’s subject [Camille Claudel] was Auguste Rodin’s most gifted student. She even threatened to outshine her mentor had it not been for his jealous treatment of her as his student and former lover. If you don’t know who Auguste Rodin is, then it’s time to do some homework or check out Google. Rodin is considered the “progenitor of modern sculpture” — reference Rodin’s “The Thinker,” “The Burghers of Calais,” and his earth-shattering sculpture “Victor Hugo et les Muses” (1909).

Which brings us to “Camille Claudel 1915,” a tragic depiction of Claudel’s final days, spent confined in an asylum in the south of France, where her artistic impulses withered away in the company of mental patients. Tears will flow within the film’s first 10 minutes due to Juliette Binoche’s empathetic portrayal of Claudel as she struggles with her hostile surroundings. The legendary French actress — famous for her contributions to Krzysztof Kieslowski’s “Three Colors Trilogy” — gives the performance of a lifetime. If you’ve ever wondered which French actress is the equivalent of America’s Meryl Streep, Juliette Binoche is the answer. 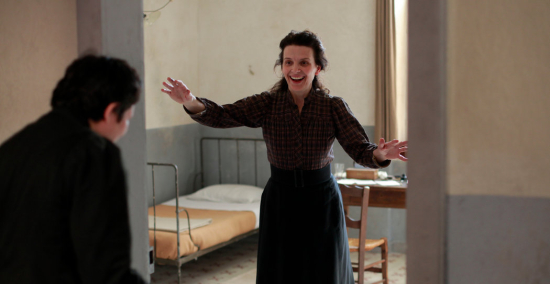 Equal parts character study and social commentary, Dumont’s film weighs the soul and promise of an artist who got sold down the river by her mentor and family members. A visit by her Christian zealot brother Paul (Jean-Luc Vincent) offers scant promise for Camille’s predicament.

However unnerving the subject matter, Dumont knows how to guide and utilize Binoche’s vivid performance in the service of the delicate story at hand. A finer portrayal by a film actress you will not find.