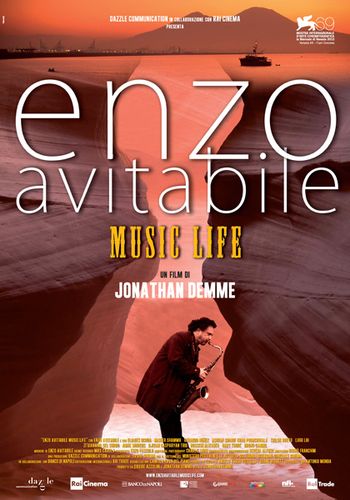 If not for Jonathan Demme’s directing credit on “Enzo Avitabile Music Life,” the documentary would likely go unnoticed by even the most adventurous Western audiences. The filmmaker most famous for directing “Silence of the Lambs” knows this, and takes advantage of his status to introduce a world-class Italian musician on a thoughtful musical journey though his Neapolitan beginnings. Having started out as a student of the saxophone as a young boy growing up in a poor Italian neighborhood, the charismatic Enzo Avitabile is revealed as a master musician drawn to playing all sorts of instruments from all over the world.

Demme patiently lets Avitabile’s humanitarian-charged songs speak for themselves during recording sessions in a grand cathedral setting. Middle Eastern and South American influences blend though Avitabile’s precisely played songs about such topics as desperately poor children in Bucharest. Enzo Avitabile is nothing if not a gypsy rebel protest singer who surrounds himself with gifted musicians from a variety of national backgrounds.

“Enzo Avitabile Music Life” is a music lover’s dream. Free of any kind of artifice, Demme's unfettered documentary is an incredibly intimate and rich musical experience filled with exotic sounds and percolating rhythms. You can’t help but soak it up.