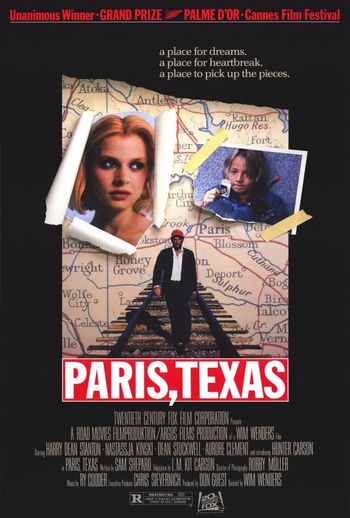 Wim Wenders’s films encompass the rebellious nature of the New German cinema movement, and its maturing explorations into various narrative forms. Initially drawn to creating pensive road movies as variations on an ever expanding theme, Wenders’s early career took off in 1970 with “Summer in the City,” a 16-mm black-and-white college graduation film project about a freshly released ex-con searching for purpose and security in his new life of relative physical, if not psychological, freedoms. A soundtrack of rock ‘n’ roll music that prominently featured The Kinks played heavily into filling out Wenders’s unhurried storyline. It would take another 14 years before Wenders would arrive at the film that would most clearly define him as a filmmaker in love with American mythologies and displaced characters — this time with an equally haunting score [composed and performed by Ry Cooder).

Written by Sam Shepherd, and adapted by L.M. Kit Carson, the linear story for “Paris, Texas” contains the hallmarks of Shepherd’s characteristic dramatic themes of brotherly relationships and of fatherhood as a metaphor for man’s quest for personal identity. In his first leading role, Harry Dean Stanton plays Travis, a lost soul out of time. His portrayal is tremendous. We first see Travis walking in Terlingua, a barren and dusty region of Texas close to the Rio Grande. He wears a filthy suit and tie, along with a ragged red baseball cap that adds another anachronistic aspect to this odd emaciated man traversing a landscape made famous in Westerns created by John Ford and Howard Hawks. Indeed, the narrative shares something in common with Ford’s 1956 film “The Searchers,” about a cowboy (John Wayne) on a journey to rescue his niece from an Indian tribe.

After collapsing from dehydration on a gas station floor, the temporarily voiceless Travis is reunited with his brother Walt Henderson (played by Dean Stockwell in one of his finest performances). Four years have passed since Walt and his wife Anne (Aurore Clément) took responsibility for raising Travis’s young son Hunter (Hunter Carson) after an ugly split between Walt and his much younger wife Jane (Nastassja Kinski). Jane sends monthly checks to the Hendersons from a bank in Houston. Although initially happy to see Travis after thinking him dead, Anne worries that her husband’s emotionally injured brother will develop a bond with Hunter, and take the child away from she and Walt. 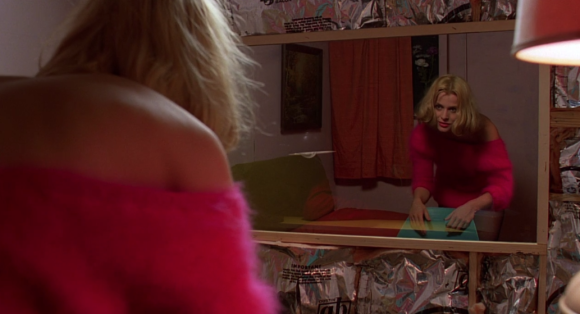 Through perseverance Travis wins Hunter’s trust and respect. Together, father and son set out to find Jane, the matriarchal and maternal figure both desire. When Travis finally finds Jane, she works in a sex club where he can only speak to her by telephone through a two-way mirror. The artificially imposed atmosphere of segregated intimacy facilitates a candid conversation between Travis and Jane that finally enables him to act in the best interest for his family. 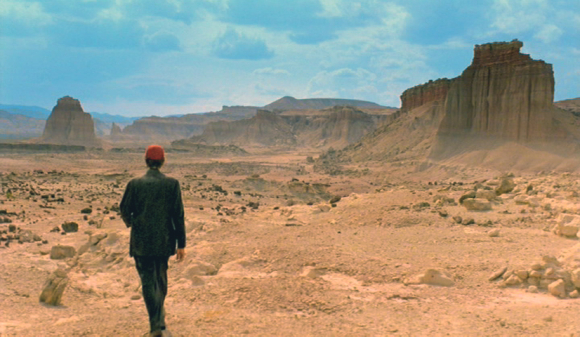