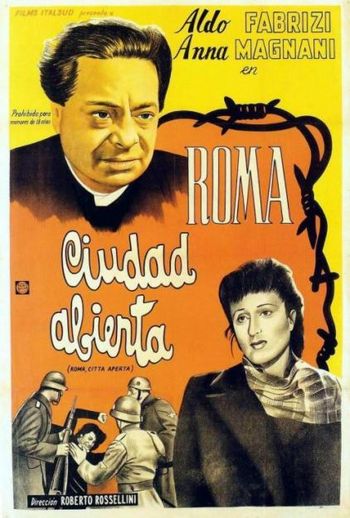 Originally conceived by director Roberto Rossellini as a documentary short film about a Catholic priest named Don Pieto Morosini who was shot by fascists during the German occupation of Italy, “Rome, Open City” (1945) became the first of Rossellini’s “Neorealist Trilogy” of Italian resistance films — see “Paisan” (1946) and “Germany Year Zero” (1948), and the cornerstone of Italian neorealist cinema.

Federico Fellini played a significant role in encouraging Rossellini to expand “Rome, Open City” by combining the story with another film Rossellini was working on — about anti-occupation efforts by Rome’s juvenile population. Fellini is also credited with securing the venerable Aldo Fabrizi to play the central role of the priest — here-renamed Don Pietro Pellegrini. 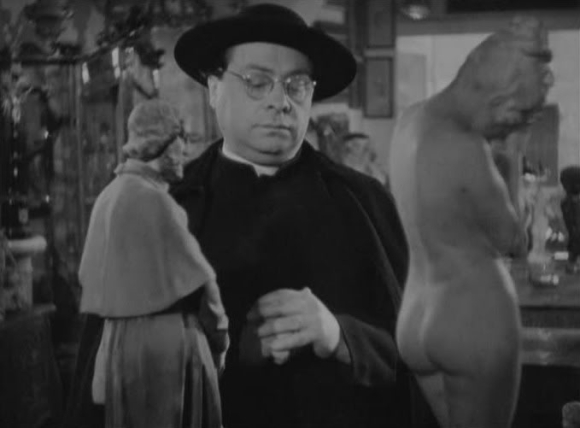 Made in the recent wake of World War II, at a time when Italy’s film industry had been wiped out, “Rome, Open City” is a damning look at the German occupation as a still-fresh wound. Many of its cast members were unprofessional actors playing their recent selves as they attempted to resist and survive the Nazi occupation of their native country.

Nowhere is the character of their resolve clearer than in the heavy-lidded eyes of Anna Magnani as Pina, a pregnant widow with two children. Pina is engaged to Francesco (Francesco Grandjacquet), an atheist freedom fighter. Rossellini boldly establishes Pina as an unconventional heroine with considerable baggage. Magnani’s Pina reverberates with Brecht’s Mother Courage in her fearless but world-weary attitude. Her powerful physicality represents terrible hardships endured with a fatalistic reserve of hope hidden away deep in her well-defended psyche. Still, Pina is fragile.

The “Open City” of the film’s title references an August 14, 1943 declaration announcing that Roman authorities would suspend all defensive efforts against the German invasion. The gambit, common at the time, was an attempt to prevent the attacking Nazi forces from destroying historic landmarks or harming innocent civilians. Far from the inviting essence that the designation seems to infer, it signifies a society on the verge of defeat.

Stylistically, the film incorporates a stark visual style set on Rome’s bombed-out streets punctuated by a forceful musical score created by Roberto Rossellini’s younger brother Renzo. Public spaces are populated with oppressed working-class citizens from all walks of life. Children play games that disguise their ready ambition to free their elders of the Nazi soldiers and spies that creep through every pore of the city. Some boys plant bombs. 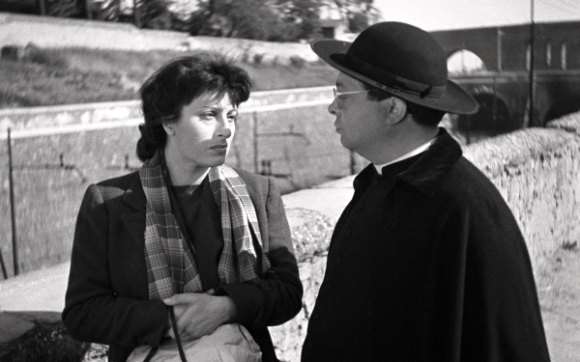 The film contains a noteworthy character study of a Nazi collaborator. Pina’s shallow sister Lauretta (Carla Rovere) is friends with Marina (Maria Michi), the sometime girlfriend to resistance fighter Giorgio Manfredi (Marcello Pagliero). A closet lesbian and drug addict, the opportunistic Marina betrays Giorgio in the interest of winning the affections of Ingrid (Giovanna Galletti), a lesbian Nazi officer, and the gifts she promises to bestow — such as a fur coat that is given and taken away.

Unflinching in its depiction of torture methods used by the Nazis — such as a blowtorch on bare flesh — “Rome, Open City” is a bold depiction of wartime occupation and its devastating effects on humanity and culture. 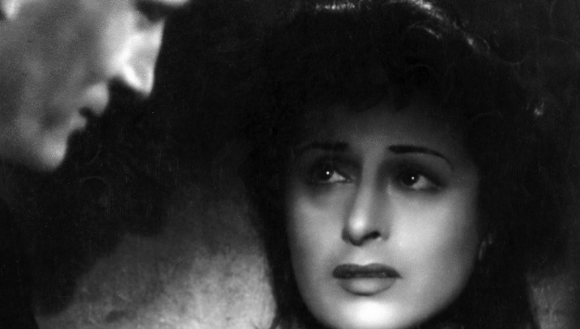 Posted by Cole Smithey at 05:53:27 PM in Italian Neo-Realism