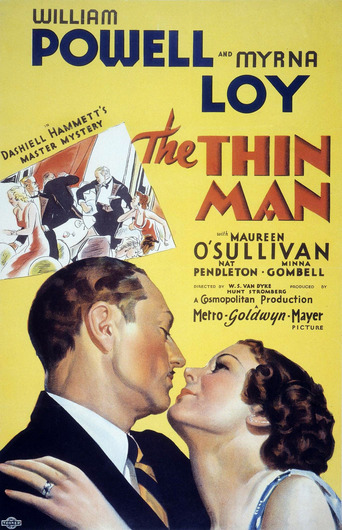 The couple’s wire-haired fox terrier Asta played a key role in fulfilling the debut series’ escapist atmosphere, which gave Depression-audiences [circa 1934] temporary relief from the harsh economic realities outside the theater door. 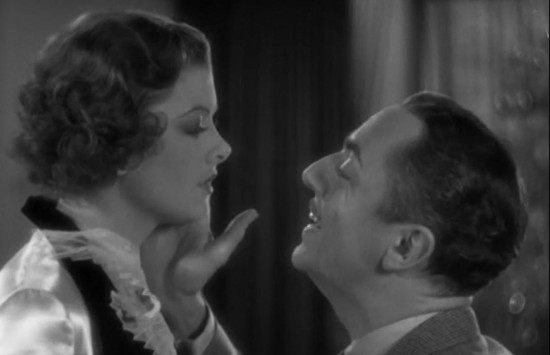 William Powell’s vibrant incarnation of Nick Charles is a sophisticated gentleman without a care in the world. Nick married into money. But rather than flout his luck he celebrates it and even shares it with those less fortunate — witness the Christmas Eve party he and his wife Nora throw in their fancy hotel suite while visiting New York City from their home base of San Francisco. 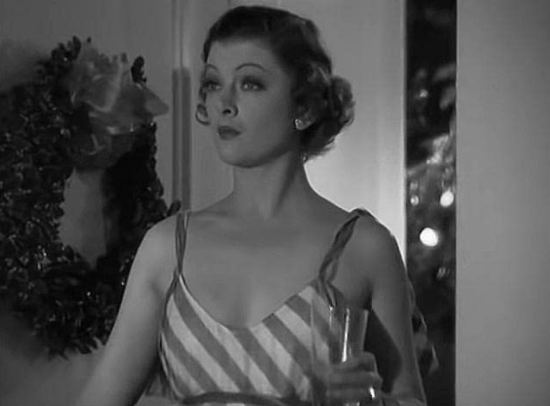 Nick passes out cocktails from a sliver tray to a group of “old friends” made up of characters you might see waiting for a job at the local union hall on in a police department line-up. Nick also keeps one foot permanently in the bottle. He’s a lush with panache. 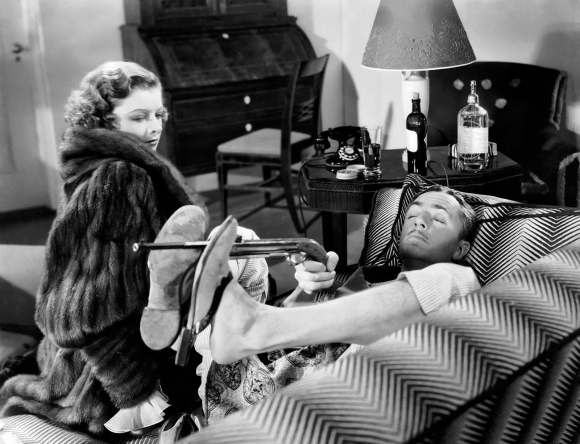 Powell’s lyrical skill with dialogue matches his graceful physicality. He practically dances and sings his way through the entire movie. 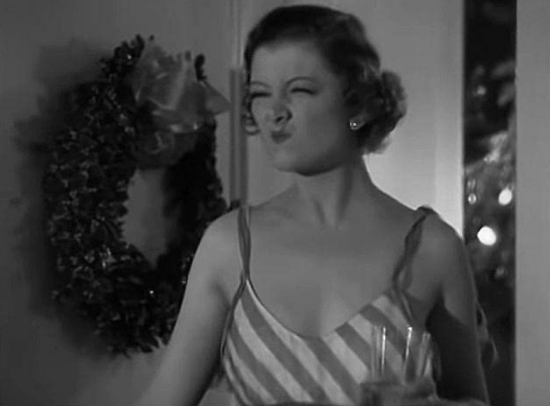 Myrna Loy is at turns sultry, bubbly, and tomboyish as her character Mrs. Nora Charles is loyal. Together, the mutually imbibing husband-and-wife sleuthing team live a playful existence of matrimonial bliss. He lovingly calls her “sugar.” When they meet for drinks at the hotel bar, Nora asks how many drinks he’s had. Nick replies, “This will make six martinis.” Not to be five-upped, Nora orders five martinis to be lined up beside the one already in front of her. She pays the price with a hangover that lasts only long enough for the who-done-it parlor game plot to advance by degrees. 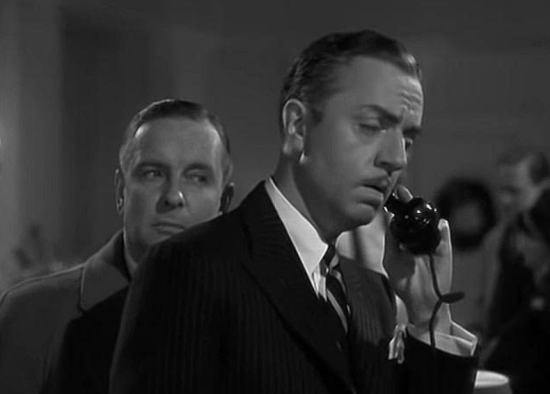 The beauty of “The Thin Man” [directed by W.S. Van Dyke] is that it welcomes the audience into an unencumbered marital relationship where a wealthy husband and wife play out their ideal personas of equal parts childish and adult characteristics. Their mutually assured friskiness has a calming and comic effect. Barbs of innuendo keep the humor spicy. 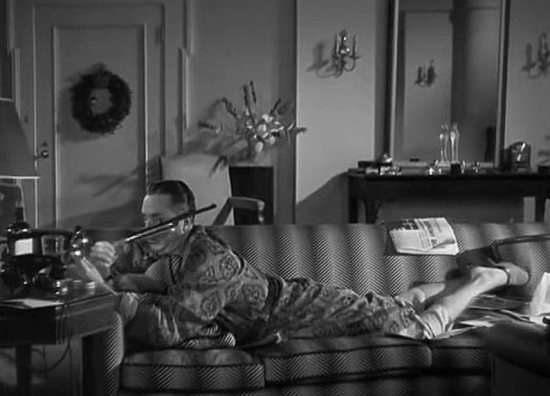 On Christmas morning Nick shoots out balloons hung on a tinsel covered tree with a popgun Nora gave him as his only gift — he gave her an expensive watch. She watches his boyish antics with calm disdain. The phony gunplay comes just hours after Nick protected Nora by punching her on the jaw to prevent her being hit by a bullet from an unwelcome intruder. Nick comments that he read he was “shot twice in the Tribune,” to which Nora replies, “I read you were shot five times in the tabloids.” Nick gleefully retorts, “He didn’t come anywhere near my tabloids.” 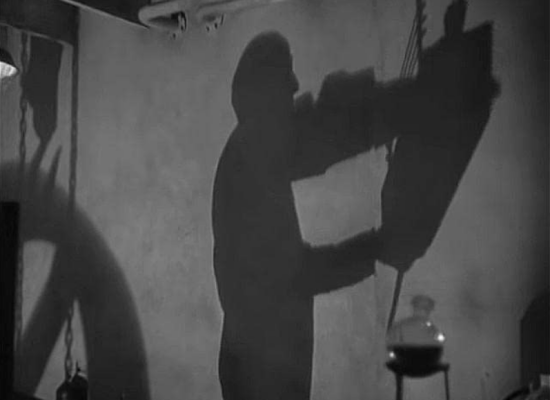 From the look of it you’d never guess that “The Thin Man” was produced as a low-budget B-movie because the chemistry between Myrna Loy and William Powell is so strong, and their performances so snappy. The movie received four Oscar nominations and inspired five sequels that are just as much fun. Interestingly, the “Thin Man” refers not to Nick Charles, but rather to an unseen murder victim never referenced in the films. 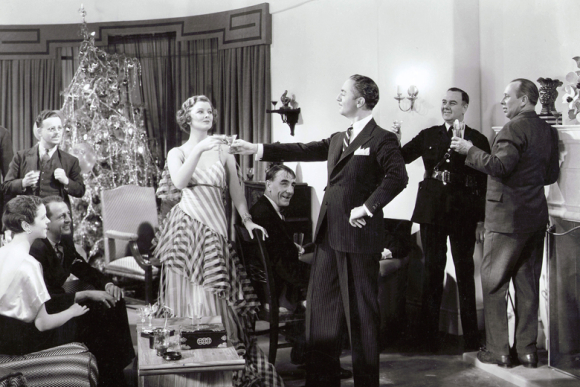