THE LEOPARD — THE CRITERION COLLECTION 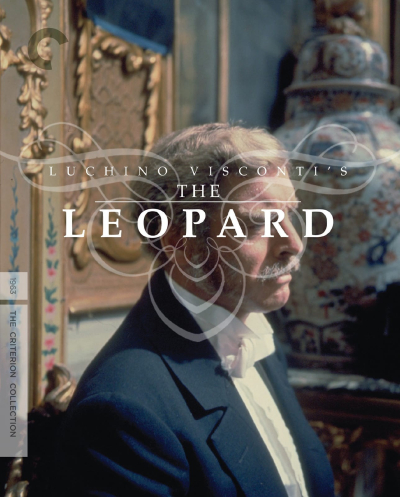 An inadvertent precursor to Bernardo Bertolucci’s 1976 masterpiece “1900,” Luchino Visconti's magnificent adaptation of Giuseppe di Lampedusa's only novel is a historically rich tale of a generational shift during the Italian Revolution in Sicily circa 1860. This is Italy’s version of “Gone With the Wind.” 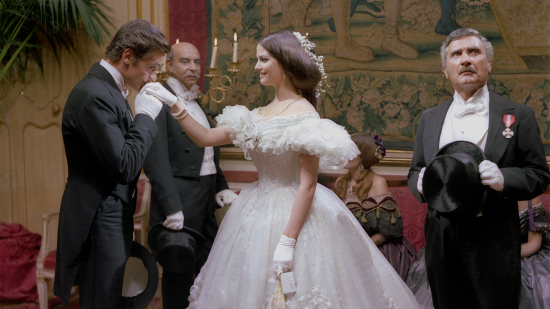 The contained-yet-epic chronicle is told through the eyes of Prince Don Fabrizio Salina (Bert Lancaster), an aging Sicilian aristocrat who watches the imminent collapse of his carefully maintained nobility at the barrels of Giuseppe Garibaldi’s republican revolution, which has made its way onto Sicily’s shores.

The film opens with an announcement that a soldier of the defending Bourbon government has been killed in the garden of the Prince’s vast mansion estate during family prayers. Salina’s luxurious way of life is disintegrating before him. The Prince knows that reforms will soon claim his family’s land and property. Violent winds of change will erase generations of tradition and culture.

Burt Lancaster’s incarnation as a Padroné — in both “The Leopard” and in “1900” — puts an inextricable link between Visconti’s and Bertolucci’s treatments of similar subject matter pertaining to the rise of fascism in Italy. Where “1900” comprised a half-century embodiment of 20th century Italian experience, “The Leopard” offers a look at the circumstances leading up to it.

A last-ditch plan for his bloodline’s continuity lies in a strategic marriage between Salina’s career-soldier nephew Tancredi Falconeri (Alain Delon) and the lovely Angelica Sedara (Claudia Cardinale). Angelica is the daughter of Don Calogero (Paolo Stoppa), the bumbling mayor of the small town of Donnafugata, where the Prince and his family habitually spend their summers.

Delon’s classically handsome character is an opportunistic soldier adaptable to changing allegiances that will insure his place on whichever side is winning. He is Prince Salina’s heir apparent. With three daughters and an irresponsible son, Salina trusts Tancredi in spite of the younger man’s cavalier attitude toward politics. There is little doubt that when fascism becomes the popular coin in the years that follow, that Tancredi will side with Mussolini’s brutal regime without regret.

Luchino Visconti, himself a Marxist child of an aristocratic family, includes a wealth of social and physical details that cue the audience as to a myriad of nuanced information about the social struggles seething beneath the surface. The film’s 45-minute extended climax occurs with a grand ball in Palermo that encompasses the passing of an era. There will never again be such a party. It remains one of the most haunting and edifying sequences in the history of cinema.

Bert Lancaster gives the performance of his career in spite of the fact that an Italian actor dubs his voice. Lancaster’s every gesture and facial expression transmits the text and subtext of his Italian character with an immense sense of regional authenticity that is beguiling to watch. He idyllically matches the nobility of the upper class Sicilian non-actors that Visconti uses to populate the ball.

“Jackals and sheep” would soon replace the “leopards and lions” of Prince Salina’s era. “The Leopard” is cinematic proof that majesty and dignity once prevailed.