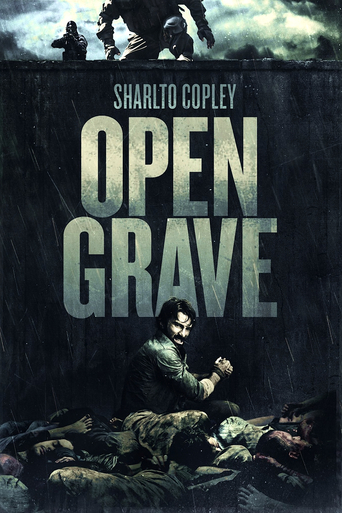 Stock characters in a poorly plotted zombie-apocalypse storyline jabbed with a ham-fisted musical score, “Open Grave” is an elementary horror movie geared to set the genre back 30 years.

That isn’t fear or anxiety you feel while watching the movie; that’s a headache caused by loud sonic interjections set to make you want to get up and leave the cinema.

Sharlto Copley takes a pay cut to lead an otherwise unremarkable cast through a series of discoveries about their forgotten identities after he awakens in an open grave where he lies atop a pile of corpses. Tedium sets in long before the film’s underwhelming third revelations pretend to make sense of the foundations of more gun-pointing face-offs than you’ve even seen in one movie.

“Open Grave” is visual white noise. Don’t waste your time unless you’re a glutton for punishment.