Terrence Malick’s self-penned feature debut is a haunting road movie pitched in ‘50s Americana. The film’s razor-sharp tone of poetic irony is unique. Its inquisitive mood and regard for natural imagery suggest a childish quest for a utopia that already exists but somehow goes unrecognized.

Made at the height of the Vietnam War, “Badlands” is a parable of escaping society’s traps through senseless killing. If that fairy-tale-of-wartime-logic rhymes with the one established by the American government, then so much the bigger pit to be left in the stomach of the audience.

Malick developed the linear script — loosely rooted in the 1957-58 murderous rampage of 18-year-old Charles Starkweather and his 13-year-old girlfriend Caril Ann Fugate — while the upstart director was studying filmmaking at the American Film Institute. 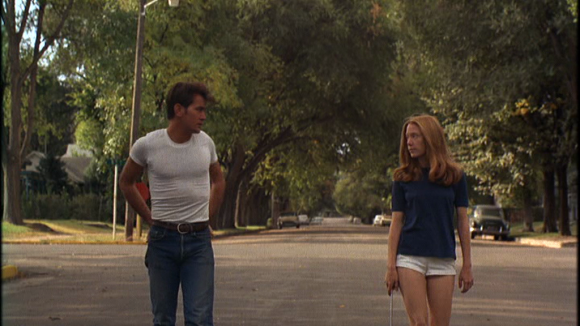 Martin Sheen embodies his 25-year-old roustabout anti-hero Kit with a copycat haircut and attitude stolen from James Dean’s onscreen persona. The effect is uncanny. Dressed in a plain white t-shirt, jean jacket, and blue jeans, the skinny, manic Sheen is an exquisite vision of handsome rebellious male energy — all wound up and ready to pop.

On a whim, Kit quits his job as a garbage collector in a small town in South Dakota. He notices Holly (Sissy Spacek) twirling a baton in the front yard of her house. In hemmed white shorts that show off her slim nubile legs, the red-haired Holly is a perfect vision of American innocence. Kit makes his move toward her without hesitation. She will be his. Kit doesn’t care about winning over Holly’s protective father (Warren Oates). He knows that could never happen. The blue-collar Kit is conscious of America’s social class divisions, but his hard-bitten narcissism allows him to unconsciously dismiss them. Kit’s experience as a trash collector has taught him the insignificance of physical possessions. He’s only concerned with wearing clothes that reinforce his James Dean impersonation — however impoverished it may be.

Holly’s affectless narration announces the story as her own. We know that her mother died of pneumonia when she was very young while living in Texas. Holly’s view of the world is limited, to say the least. The romantic chemistry between Kit and Holly is absolute. Theirs is a lonely and empty world in need of excitement, of free expression. From the start, they share a mutually acknowledged need to escape from their Midwest culture vacuum. Kit is a sociopath but neither he nor Holly are capable of recognizing it.

Killing people comes easily to Kit. Bearing witness to Kit’s penchant for sudden violence comes just as effortlessly to Holly. Their relationship is reciprocal in that way. Kit needs Holly to observe and register his nonchalance at killing people without provocation, just as Holly needs Kit to act out such terrible behavior. Still, their killing spree wouldn't be possible if not for their ability to hop in a car to go on the run toward more slaughter. Living with the repercussions of violent actions can always be put off so long as there is a road and a car. 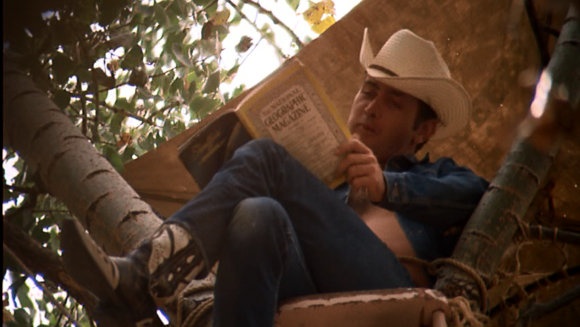