BURDEN OF DREAMS — THE CRITERION COLLECTION 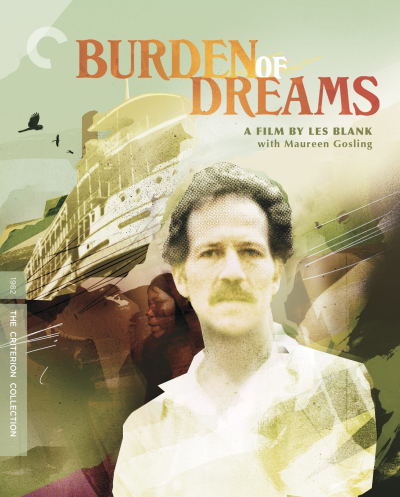 Les Blank’s haunting documentary about the four years Werner Herzog spent making “Fitzcarraldo” is such an essential companion piece to the actual film that it seems irresponsible for any would-be audience member to view only one of the two.

Both must be seen in order to grasp the depth and precision of Herzog’s individualistic vision, which places the utmost importance on his invented metaphor of a man so obsessed with his own artistic dream that he arranges to pull a steamship over a mountain in the middle of the Amazon jungle. 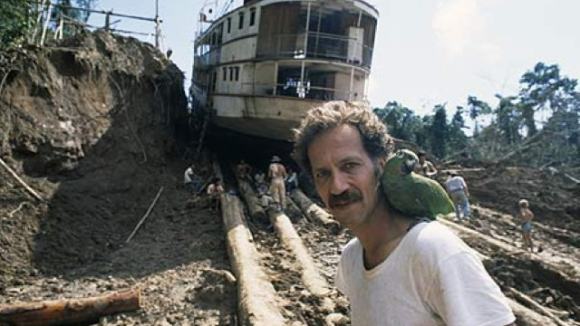 Blank’s visceral interviews with Herzog, along with a PBS-friendly narration track, bring context and backstory to his personalized style of “ethnographic filmmaking,” which values Peru’s native Campa, Machiguenga, and Aguaruna people and their Old World culture as much as it does Herzog’s perilous enterprise.

Blank’s appreciation for the jungle comes though in his uninflected photography of insects, birds, and even the feet and faces of his Peruvian subjects — as frequently set against the classical music that Herzog used in “Fitzcarraldo.” 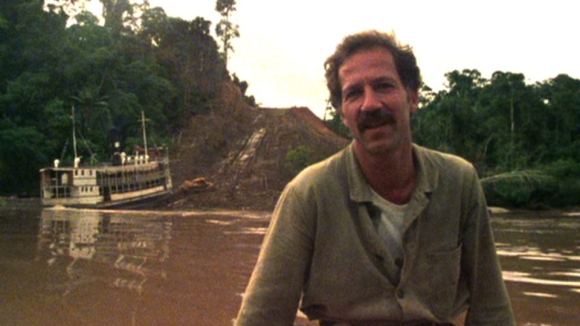 Herzog was energized by the story of Carlos Fermín Fitzcarrald, an aspiring Peruvian rubber baron who forced hundreds of Amazonian natives to disassemble a steamboat and portage its pieces over an isthmus in the Madre de Dios Mountains. Once on the other side, the boat was reassembled so that Fitzcarraldo could transport the rubber down the Ucayali River to be sold. 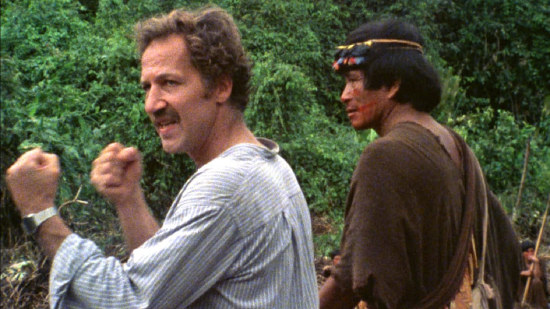 For his self-penned narrative, Herzog made his leading character an Irishman in love with opera — specifically with the Italian tenor Enrico Caruso, for whom Fitzcarraldo aspires to build an opera house in the Iquitos jungle, where he plans for Caruso to perform someday. During the filming, Herzog’s leading actor Jason Robards came down with amoebic dysentery and was forced to abandon the film after 40% of it was completed. Robards’s co-star Mick Jagger followed suit due to scheduling constraints. Herzog called in his reliably tempestuous muse Klaus Kinski to fill the role of Fitzcarraldo and scrapped Jagger’s sidekick character. 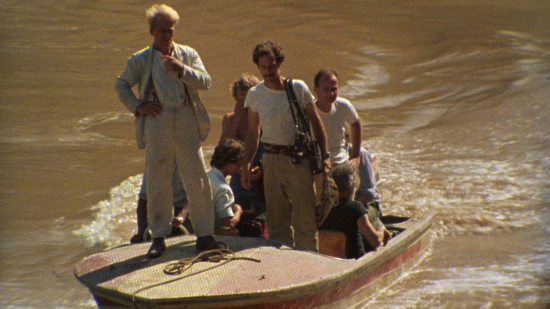 Although Blank only visited Herzog’s remote shoot twice — for several weeks at a time — he and his editor/sound technician Maureen Gosling capture the full range of Herzog’s tribulations. Violent conflicts between hostile natives and the jungle’s chaos present Herzog and his multicultural skeleton crew with exotic challenges. 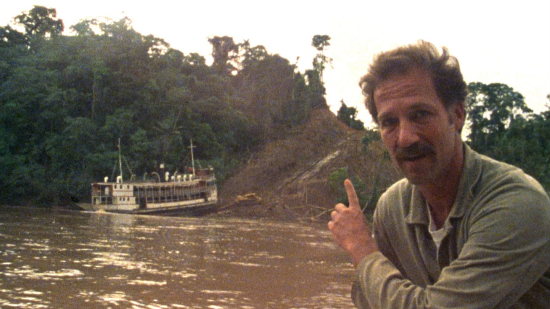 Werner Herzog’s now-familiar intense personality is especially athletic and emphatic. He confidently states his commitment to the film, “I live my life or I end my life with this project.” Later, he describes his [cinematic] dreams as universal to all people, with the only distinction being that he is able to articulate them in a filmic form because it is the only thing he knows how to do. 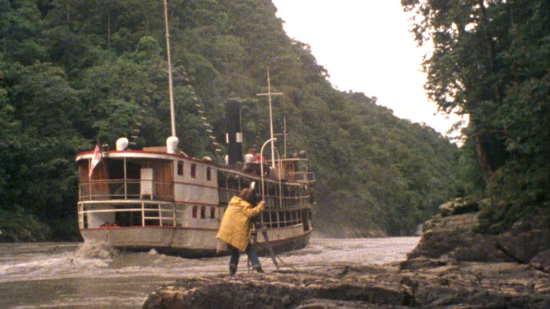 For all of the attacks that Herzog endured from tribal factions, critics, and Mother Nature herself, the imperturbable director proves himself as much a man of the people as an uncompromising filmmaker.