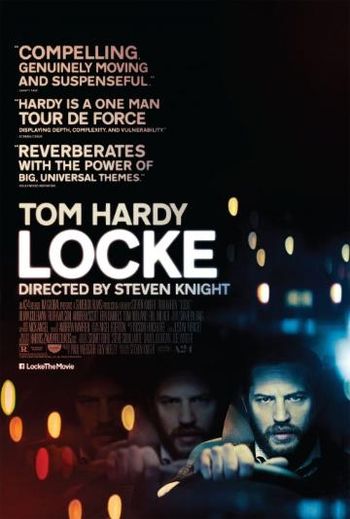 Screenwriter-turned-director Stephen Knight makes a bold character-study that is at times funny, heartrending, and tediously monotonous. Wearing its tightly capped budget in full view, the movie has one major knock against it; it is set almost entirely inside a car. The effect is more than a little claustrophobic. Unknowing spectators may find themselves wishing that the film’s title character Ivan Locke (wonderfully played by Tom Hardy) would finally arrive at his destination so that the story could get started. It’s an innocent enough expectation that Knight mercilessly denies. The movie almost qualifies as an experimental film. Almost.

Adaptable audiences willing to give themselves over to Knight’s location-of-limited-parameters conceit will be able appreciate Hardy’s mastery of tone and character as Ivan talks continuously on his Bluetooth-enabled dashboard phone to a revolving group of family members and one very committed co-worker. 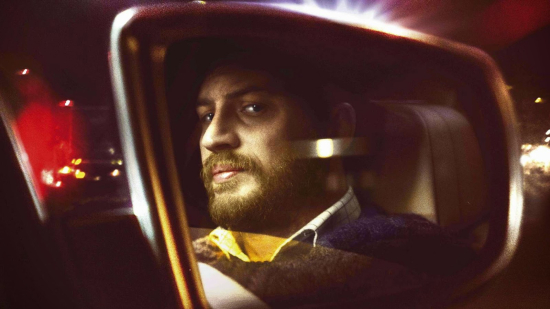 Using a lightly applied Welsh accent Hardy crafts a complex family man and construction-site manager who grapples with the immediate fallout of his decision to drive his BMW 120 miles from Birmingham to London to be with Bethan, a woman he had a one-night stand with seven months ago.

Bethan has prematurely gone into labor, and waits impatiently in a hospital bed for Ivan to be at her side — hopefully in time to witness the birth of their child. Although committed to his wife and two sons, Ivan has a deep-seeded sense of integrity although he makes no bones about the fact that he does not love Bethan. The birth arrives at an egregiously inopportune time for Ivan. The gigantic building worksite he oversees is in overnight preparation for the biggest concrete pour in Europe’s history. Influenced by his own father’s lack of involvement in his own upbringing, Ivan isn’t about to let slip this opportunity to be present for his child’s birth, however much it conflicts with his familial and professional commitments.

Known as the screenwriter of such estimable films as “Dirty Pretty Things” and “Eastern Promises,” Stephen Knight delivers a glorified one-act play that makes up for what it lacks in location variety and story-arc in keenly written dialogue. Further confirmation of Tom Hardy’s acting abilities, “Locke” is an actor’s showcase that will definitely not appeal to mainstream audiences. However, for those willing to go along for the ride will find much to admire.