ASHES AND DIAMONDS — THE CRITERION COLLECTION The final installment in Andrzej Wajda’s war trilogy — following “A Generation” (1954) and “Kanal” (1956) — is a coolly romantic wartime movie about Maciek, a young Polish resistance fighter whose demise coincides with Germany’s surrender. Maciek’s priorities shift beneath his feet on the night he is entrusted to assassinate Commissar Szczuka, an incumbent communist leader in a small Polish town.

Maciek fails earlier in the day to complete the mission. Maciek and his leftist comrades are even less tolerant of the region’s Communist factions than they are of the Nazis. To say that Wajda walks a delicate, politically charged tightrope is an understatement. Written by Jerzy Andrzejewski, Wajda opens the film with a medium shot of the crucifix steeple of a meager church. Maciek (Zbigniew Cybulski) and his commander Andrej (Adam Pawlikowski) lie on the chapel’s lawn in wait to kill the Secretary of the District Workers’ Party when his car approaches. Birds chirp. Maciek dozes. A little girl holding a bunch of freshly picked flowers approaches the men, requesting that they open the chapel door. Andrej attempts to oblige the innocent girl’s request. This is hardly the setting for an ambush. The seemingly tranquil scene carries the looming dramatic weight of a signature Hitchcock sequence. 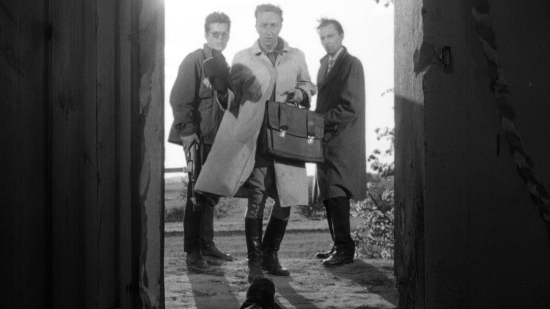 When Drenwnowski, a third (double-crossing) accomplice, gives the signal that the Secretary’s car is approaching, Maciek dawdles long enough to comment that he’s waited for “bigger things,” before grabbing a machine gun covered in ants from sitting on the grass. Maciek and Andrej fire on the two men in the approaching car. Bullets from Maciek’s gun catch the victim’s clothes on fire after penetrating his back as he falls on the chapel’s doorstep. 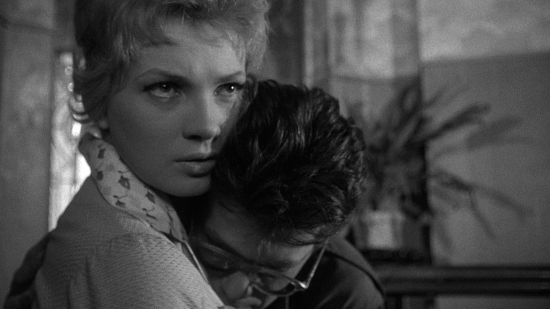 These kinds of realistic details contribute to the film’s youthful sense of soul-crushing melancholy that Zbigniew Cybulski projects in the role that earned him a title as the “Polish James Dean.” Cybulski’s insouciant portrayal of a “Home Army” soldier with a romantic disposition is made iconic by the Ray Ban sunglasses he rebelliously wears even at night.

Equal parts incisive character study and trenchant dissection of Poland’s frivolous political structure, “Ashes and Diamonds” sets as its poetic centerpiece a sudden affair that develops between Maciek and Krystyna (Ewa Krzyżewska), a barmaid at the hotel where Commissar Szczuka is staying. To his surprise, Maciek’s clumsy flirtations with Krystyna work. She arrives at his meager room in the same hotel, willing to share stories of their troubled lives and a night of sensual ecstasy. After making love, the newly minted couple goes on a nocturnal journey through the dangerous town that finds them seeking refuge from the rain in a bombed-out crypt where the men he killed earlier lie under sheets. Krystyna reads from an inscription. 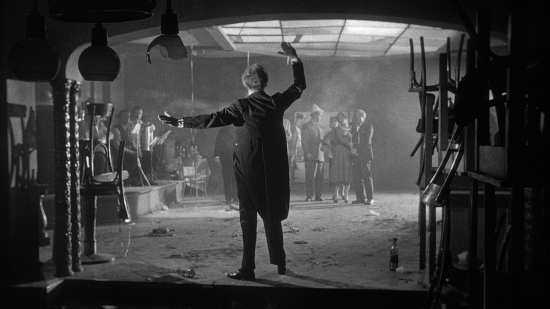 “So often are you as a blazing torch with flames of burning hemp falling about you flaming, you know not if the flames bring freedom or death, consuming all that you most cherish. Will only ashes remain, and chaos whirling into the void.”

Maciek lights a cigarette to blot out the damning accuracy of the poet Cyprian Norwid’s words. Fate has already made its choice. Maciek must complete his mission.