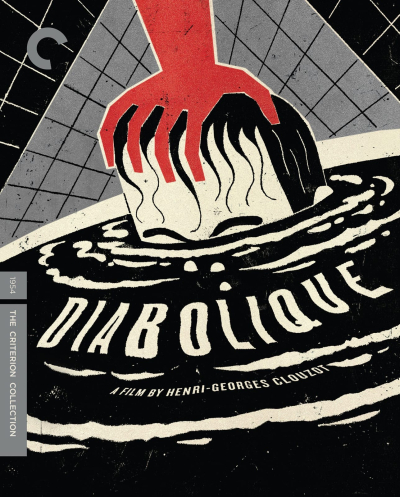 Henri-Georges Clouzot was termed “the French Hitchcock” for good reason. After the enormous success of “The Wages of Fear” (1953) a year earlier, Clouzot made a suspense-thriller that changed the game for what audiences could expect from the genre. “Diabolique” introduced the “twist ending,” and with it ushered in a new era in cinema that continues to this day.

Clouzot narrowly beat Alfred Hitchcock to the punch of purchasing the screenplay rights to the novel (“The Woman Who Was No More”) upon which the film is based. Not only would Hitchcock echo “Diabolique” less than 10 years later with a bathroom-set murder in “Psycho,” but Clouzot’s groundbreaking thriller would also instruct generations of filmmakers in the nuances of horror and suspense. 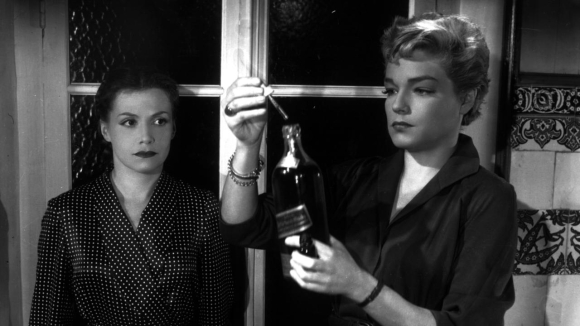 For “Psycho,” Hitchcock not only extrapolated on the significance of the human eyeball as an object of death, but he also borrowed from Clouzot’s publicity campaign that implored “Diabolique’s” audience not to share the secret of its shocking plot twist. Even Peter Falk’s bumbling television detective Colombo was lifted from Charles Vanel’s inquisitive private detective character Alfred Fichet, who comes along to solve “Diabolique’s” apparent “murder.” 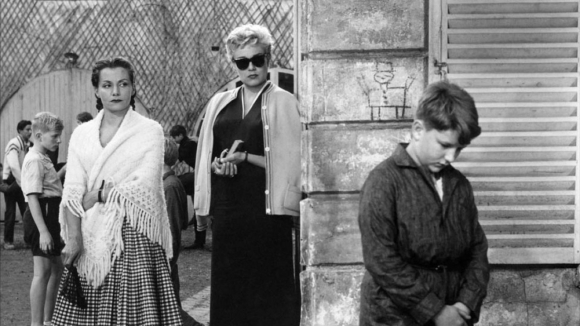 Employing a perverse noir image system of complicated shadows, distorting windows, tilted mirrors, confined spaces — such as two prominently featured bathrooms — and a murky swimming pool filled with opaque water, Clouzot tells the story of two women’s plan to kill the man who abuses them both. That one of the women is the man’s wife and the other his mistress adds to the film’s perpetual state of escalating anxiety. It’s notable that Clouzot and his co-writer Jérôme Géronimi altered the novel’s essential plot element that the women were lesbian lovers in order to arrive at a more electric denouement. 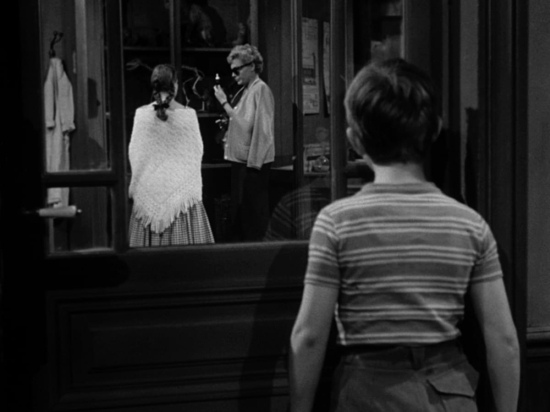 Wealthy Christina (played by the director’s wife Véra Clouzot) owns a boarding school for boys, which her sadistic headmaster husband Michel (Paul Meurisse) oversees as if it were a prison for society’s least deserving reprobates. Michel serves spoiled fish to everyone, including his wife, to save on money. He gives his mistress Nicole (Simone Signoret) a black eye when he isn’t sexually abusing Christina in the school’s public spaces. If ever there were a boorish excuse for a man deserving of elimination by the women he mistreats, Michel is it. 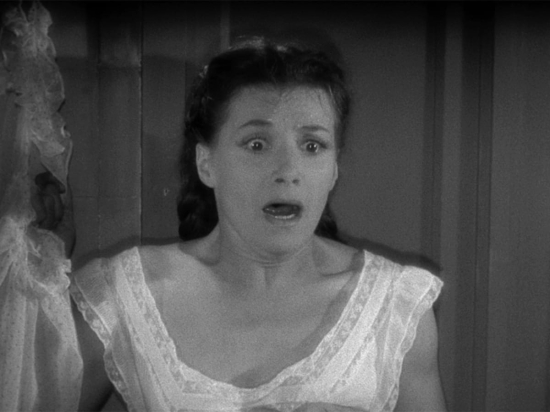 Still, there is more to the cleverly devised narrative than Clouzot lets the audience know until the film’s final moments, and what fiendishly executed moments of disturbing surprise they are. “Diabolique’s” double-punch climax resonates so strongly in the memories of its audience that regardless of how much of the film you forget over time, you never lose touch with its remarkable ending.

“Diabolique” was the most successful film of Henri-Georges Clouzot’s 37-year career as a director.