STATIONS OF THE ELEVATED 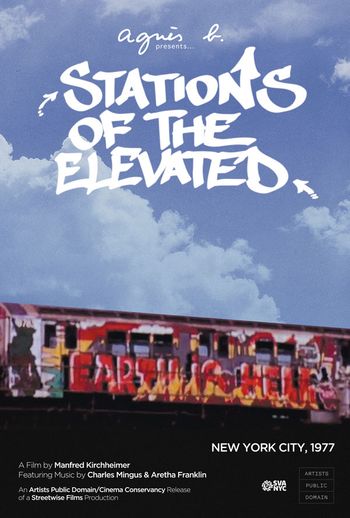 Manfred (Manny) Kirchheimer fled Nazi Germany to come to America at the age of five in 1936 with his Jewish family. It was a smart move considering that the Nazis soon wiped out his entire hometown.

Kirchheimer later studied filmmaking under Hans Richter at the Institute of Film Techniques in New York City, where he learned the skills that would propel him to teach filmmaking at New York’s School for Visual Arts, and engage in a lifetime of making films.

This is important information to take into consideration when viewing Manny Kirchheimer’s films — not the least of which is the one he made about New York City’s subway graffiti art in 1977 when the movement first began. 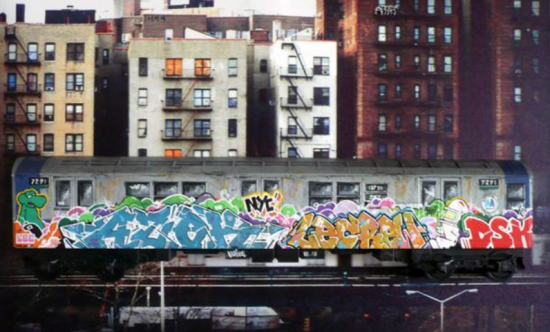 Set against a provocative score consisting of music by Charles Mingus, and indigenous sounds “Stations of the Elevated” eschews narration to tell its story. 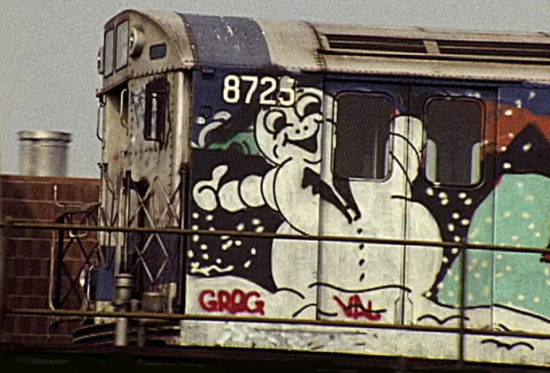 Instead, Kirchheimer relies on formal compositions of New York’s subway rail yards, elevated platforms, and surrounding locations to tell a complex tale of environmental and urban dislocation where pop art billboards — depicting gigantic hamburgers, bikini-clad women, and a male smoker whose enormous mouth issues forth billowing smoke — inform ghetto children who draw on the art and atmosphere around them to create their own original art form. Stagnate frames of architecture and endless rows of subway cars expand to reveal an implied and intrinsic context that the filmmaker patiently exposes. 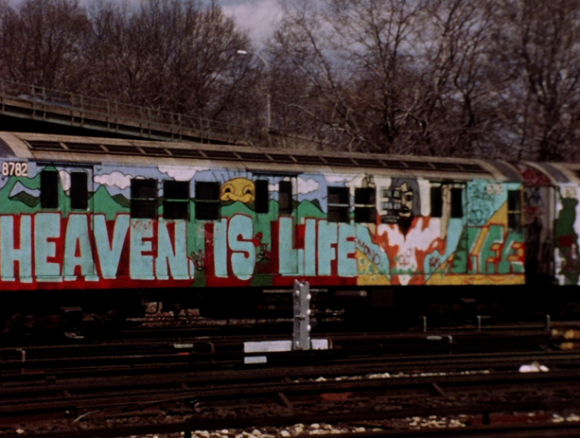 Contrasting sections of giant billboards against blue skies and a verdant countryside clash with the presence of a prison and broken down ghettos where abandoned buildings provide massive playgrounds for the kids who live there.

Through precise editing, Kirchheimer finds manifold layers of political and social resonance that he then transfers onto the viewer for them to admire, judge, consider, and contemplate. 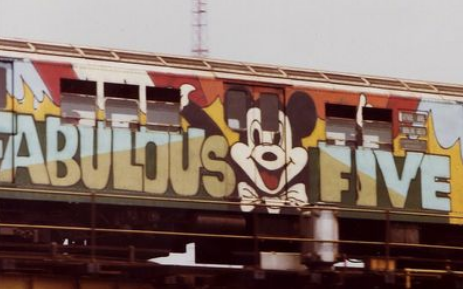 “Stations of the Elevated” is like a dream that lingers infinitely in your mind and physical being. Kirchheimer shares his excitement at witnessing some of the first subway trains ever to be covered with graffiti as they roll on elevated tracks for the world to see, but he digs deeper into the subject by showing the inspiration for the raw and refined artwork on display.

Repeating shadows against a long brick wall resonate with the consecutive tags and spray-painted characters that mock and challenge the world from which the artists sprang. “Stations of the Elevated” (completed in 1981) differs significantly from art-installment films shown in museums in that it tells a specific story of social upheaval and harmony. 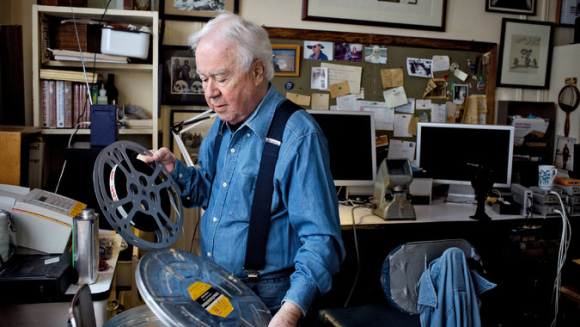 Shown as part of BAMcinemaFest 2014, the film was presented at the Harvey Theater by the director, along with a 45-minute performance by the Charles Mingus Dynasty to set the mood. I count myself as fortunate to have been there to see “Stations of the Elevated” in such ideal circumstances.