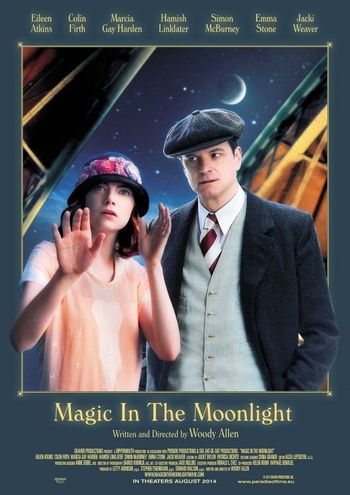 Woody Allen has mastered the art of making the same trivial film over and over again. His “Blue Jasmine”-experiment was an exception that resulted in an utter failure of tone. Part of the problem was Cate Blanchett’s powerhouse performance that out-shined the undeserving script beneath her.

For “Magic in the Moonlight,” Allen once again features a scenic foreign location (the Cote d’Azur in this case) where an older man falls for, and woos, a younger woman. The man is Colin Firth’s ‘20s era stage magician and hoax-exposer Stanley Crawford (aka Wei Ling-soo). Stanley’s Asian stage persona is a Fu Manchu-styled illusionist who cuts women in half and transports his body across the stage unseen.

Stanley’s old friend, and less talented fellow magician, Howard (Simon McBurney) visits him backstage after a successful performance. Howard asks Stanley to accompany him to the south of France to expose the fraud of a young female psychic named Sophie (Emma Stone) who travels with her business agent mother (Marcia Gay Harden). Sophie has cast her hex over a wealthy family from Pittsburg now living in France. Sophie serves as the family's psychic-in-residence. She holds séances complete with knocks and floating candles. Stanley arrives under the pseudonym Taplinger to engage in taking the fake psychic's inventory. Despite his earnest but snotty attempts to crack Sophie’s deceptions, Stanley falls for her young feminine charms and clairvoyant powers — hook-line-and-sinker.

Allen coasts through the breezy storyline with frequent detours to familiar territories. A sudden downpour traps Stanley and Sophie inside an observatory where they bond romantically. Never mind that the love-struck and wealthy Brice (Hamish Linklater) is looking to marry Sophie. Brice can’t stop singing songs to her on his ukulele. 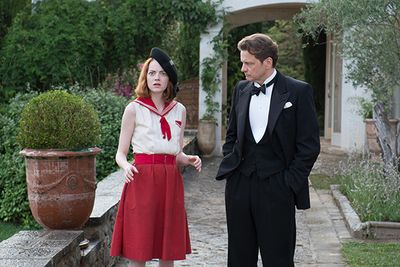 There are a few laugh-inducing bits that pop in Allen’s nostalgia-filled romance fantasy, but not enough to say that the movie works as a comedy, much less as a farce of any weight. Just as with other Woody Allen films (think "Vicky Cristina Barcelona," "Match Point," or "Scoop") “Magic in the Moonlight” is a cinematic amuse-bouche. It’s satisfying if you’re not yet tired of Woody Allen’s rubber-stamped comedies. Allen’s knack for dialogue is still alive, but there is no freshness to his work. Social commentary is absent. Allen goes through the motions of reconfiguring his pet storyline into something new, yet redundant. It's a fine style of cinema for older audiences, but not so exciting to modern moviegoers. If, however, you've stuck with Woody Allen over the years since his impressive debut films in the '70s, you'll be sorely disappointed. It's been a long time since "Husbands and Wives" (1992), Allen's last great movie. 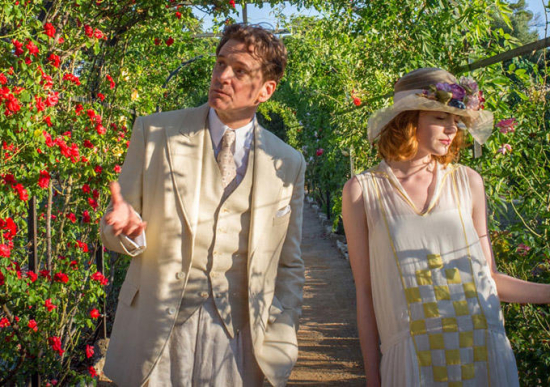 Allen has chosen to spend his last days making easy — read lazy — movies. Woody Allen’s low-impact cinema allows for enticing performances from Emma Stone and Colin Firth even if their characters’ arcs are so minimal as to be entirely neglected. Nevertheless, the Riviera’s celebrated sunlight makes you feel like you’re on a mini-vacation. There isn’t much magic left in Woody’s moon, but the sun in the south of France has the final say.