How the mighty have fallen. There was a time when Nicolas Cage and Danny Glover were more than box-office kings; they represented integrity for the craft of film acting in the face of Hollywood’s constant dip toward all things lowest common denominator.

However, from the piece of unmitigated, cliché-riddled mob revenge drama that is “Rage,” you’d never guess that Cage and Glover ever had more than an ounce of talent between them. At one point in the movie Danny Glover’s police chief character says, “He’s got a rap-sheet as long as my dick.” That trite line of gratuitous dialogue effectively negates 30 years worth of pristine performances in films such as “Lethal Weapon” and “Boseman and Lena.” 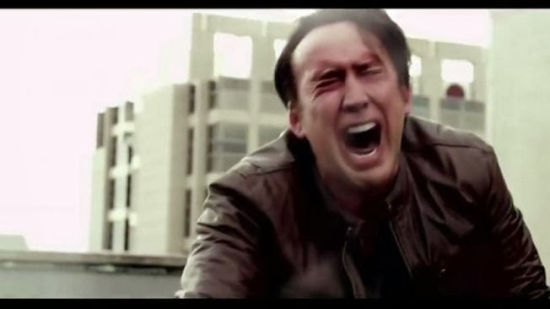 It’s not so surprising to see Nicolas Cage hit the skids. The once-brilliant actor from films such as “Peggy Sue Got Married,” “Moonstruck” and “Leaving Las Vegas,” notoriously spent his fortunes like a sailor, and is currently more concerned with paying bills than creating characters.

“Rage” represents everything wrong not only with Hollywood, but with upstart hack filmmakers attempting to make a name for themselves with boiler plate scripts filled with one-dimensional characters obsessed with guns and killing. You could argue that the only people more preoccupied with bloodletting than America’s government-funded military and police are filmmakers like “Rage” director Paco Cabezas.

If you’re looking for a story, don’t go looking for one in this film because there isn’t one. Cage’s mobster-turned-businessman character Paul Maguire seeks revenge after his daughter is shot to death with a Russian gun. Maguire goes all bat-shit crazy with his two vaguely Irish stick-pals who kill a bunch of Russian mobsters who don’t take kindly to seeing their numbers diminished — much less for no good reason. You couldn’t call what follows a gang war, but needless to say more senseless killing happens. Even respected actor Peter Stormare (“Fargo”) takes one for the team of knock-off filmmakers responsible for one of 2014’s worst movies.

Judging from the lack of quality on the screen, perhaps it’s time for Cage, Glover, and Stormare to throw in the towel. It’s too late for them to retire with their dignity intact, but at least they’ll have some tiny peace of mind knowing they’ll never sink so low again.