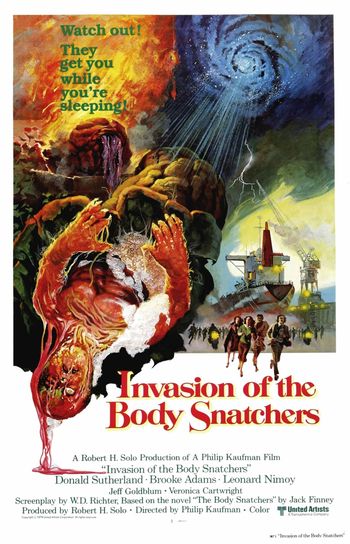 Philip Kaufman’s venerable revamping of Don Siegel’s 1956 black-and-white sci-fi horror classic delved deeper into nitty-gritty details of a pod-induced mass transformation of humans into emotionless doppelgängers. In so doing, Kaufman gave his movie the visual lift it needed to instill palpable dread and fear in an audience that didn’t know what hit them. 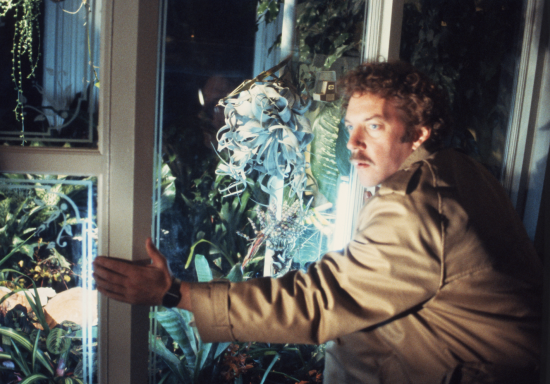 The filmmakers use a recurring image system of spider-web similes, which act as a unifying filter of discord. San Francisco has been turned upside-down over night. Everything is different. Garbage collectors are busy on every street collecting the grey fuzzy waste from swapped-out bodies. 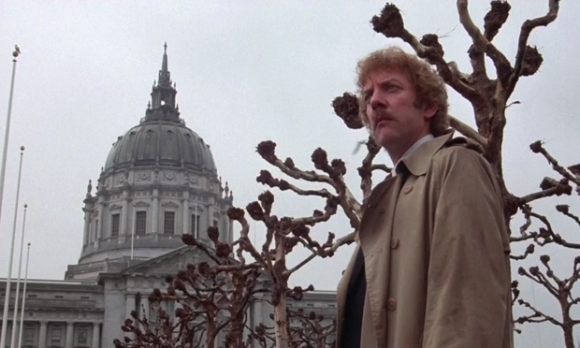 Donald Sutherland plays San Francisco health inspector Matthew Bennell with a cozy sense of paternal confidence that makes him seem immune to anything that could possibly usurp his empathetic soul. Civilization’s sudden loss of compassion to a population of cold conspiratorial aliens, incapable of something as simple as laughter, proves a terrifying idea when played out to its logical extreme. 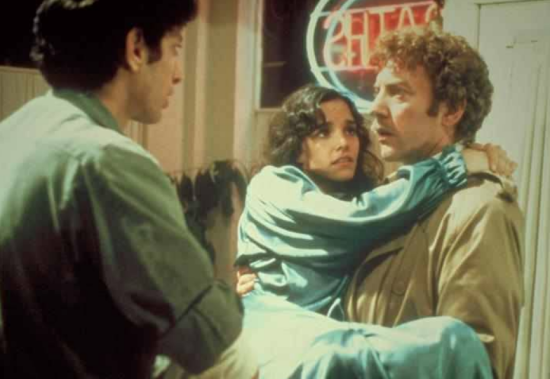 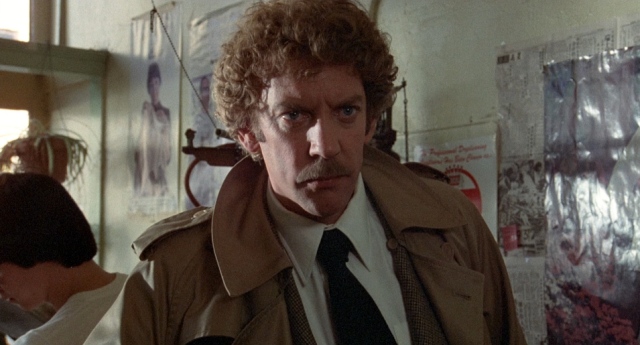 Thematically, the film’s allegory regarding viral-groupthink has plenty of wiggle-room for interpretation because it is so profoundly vague yet universal. It’s easy to imagine authority figures such as police and politicians inhabited by aliens, because they so frequently express an utter disregard for the value of human life in favor of corporate profits for the one-percent. 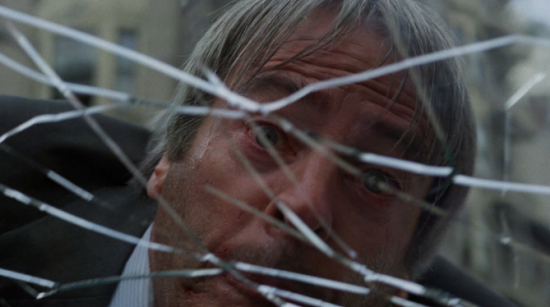 A significant genre-imposed rule of the movie is that its characters can’t fall sleep lest they succumb to possession. Doing so enables one of the recently arrived pods-from-space to produce an exact physical replica that will come to life after sucking the subject’s body dry of its meat, bones, and brains.

Matthew Bennell’s health department co-worker Elizabeth Driscoll (Brooke Adams) notices a change in her husband. She alerts Matthew to her concerns just as it seems society has begun to flip. A man in a business suit inexplicably sprints through traffic. Kaufman sets his audience’s teeth on edge with an inventive soundscape, involving things like heartbeats. Sounds move between the film’s Dolby Stereo format, making the audience feel as if the action is taking place around them. 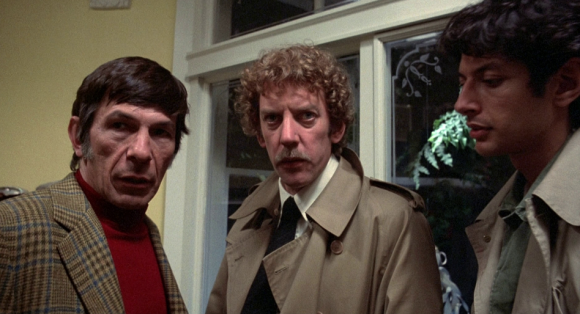 Kaufman’s remake gets cameo endorsements from Don Siegel, and from Kevin McCarthy, the lead actor from the original. Siegel plays a pod-changed cab driver taking Matthew and Elizabeth for a little ride. Kevin McCarthy’s character is the same as in Segel’s movie except that seems even more desperate now. 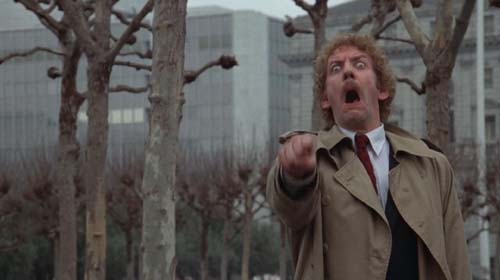 “Body Snatchers” is famous for a couple of offbeat scenes that you can hardly believe when you’re seeing them. I won’t spoil the fun. You’ll see.