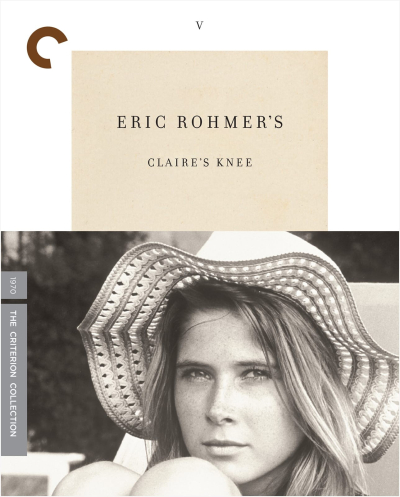 Eric Rohmer’s place as an establishing member of the French New Wave movement is marked by the fact that he was one of the group’s elders. While writing film criticism for Cahiers du Cinema, and serving as the influential French magazine’s editor from 1957 to 1963, Rohmer gradually shifted from short 16mm films to features at the late age of 47.

Whereas Jean-Luc Godard sought ways to radically reinvent cinema, and Francoise Truffaut grappled with creating a self-reflexive idiom in which he could examine and convert personal issues through genres, Rohmer developed a cycle of films (called “Six Moral Tales”) based on a theme of romantic dalliance inspired by F.W. Murnau’s 1927 romantic drama “Sunrise: A Song of Two Humans.” 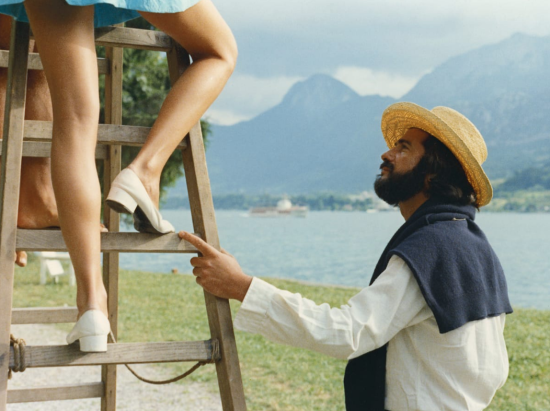 Commencing with “The Bakery Girl of Monceau” (1963) and ending with “Love in the Afternoon” (1972), Rohmer’s self-penned series fulfilled the Nouvelle Vague’s auteur thesis that equated the director as the sole author of his or her film. 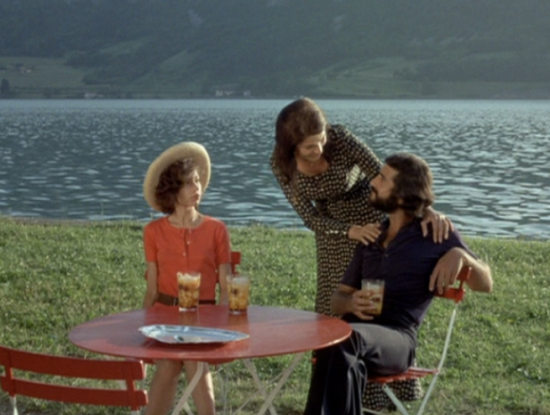 “Claire’s Knee” (the fifth movie in the series) is a formally conceived narrative about Jerome, a physically compulsive French diplomat/playboy who agrees to be a “guinea pig” for his former lover Aurora. She is a Romanian novelist vacationing on Lake Annecy with Madame Walter (Michèle Montel), one of Jerome’s former classmates from his childhood and her two teenaged daughters. 17-year-old Laura (Béatrice Romand) awaits the arrival of her 16-year-old half sister Claire (Laurence De Monaghan). 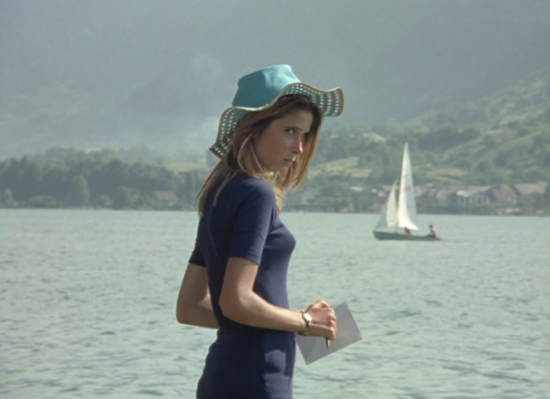 Jerome is the kind of French bon vivant who invades the personal space of every attractive female he comes in contact with. He must constantly touch, caress, and hold them in order to communicate. It doesn’t take much prodding from Aurora (Aurora Cornu) for Jerome to test Laura’s boundaries of desire once it becomes clear that the passionately articulate girl has a crush on him. Laura is forthcoming to Jerome about her “father” complex that attracts her to him.

Jerome pretends to play it safe when he tells Madame Walter and Laura about his pending marriage to the love of his life Lucinda, a character we never see. He tools around the spacious lake in his simple but sporty motorboat. The arrival of Laura’s lovely 16-year-old half sister Claire coincides with Laura’s newly developed ambivalence toward Jerome after he dares to kiss her. Jerome confesses to Aurora his profound desire to touch Claire’s knee during one of their regular conversations about his emotional progress regarding beguiling nubility. 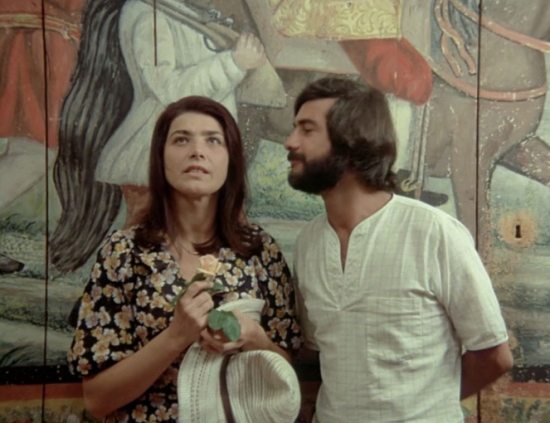 Rohmer creates a romantically charged setting in an open-walled shelter that protects Jerome and Claire from the pouring rain that surrounds them. Jerome masterfully manipulates the opportunity by telling Claire that he saw her boyfriend with another girl. Jerome’s seemingly compassionate act of solace is all the more shocking for the ease with which he masks the sexual overture.

As much a French cultural touchstone as a charming and nuanced picture of desire, “Claire’s Knee” is Eric Rohmer’s best-known film. 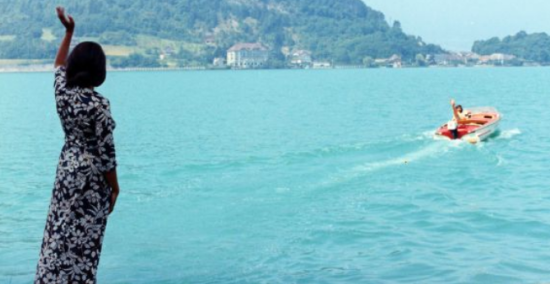