David Lynch's filmic immersion into the surreal world of his distinctly odd protagonist Henry Spencer (Jack Nance) comes through in a creepy black-and-white black comedy that functions perfectly as a nerve-wracking exercise in existential horror.

Put it down to Lynch’s concurrent introduction to fatherhood, followed by a divorce during the making of the film, which he spent five years preparing and filming. No matter how many films you have seen in your tiny lifetime, nothing can prepare you for “Eraserhead.” 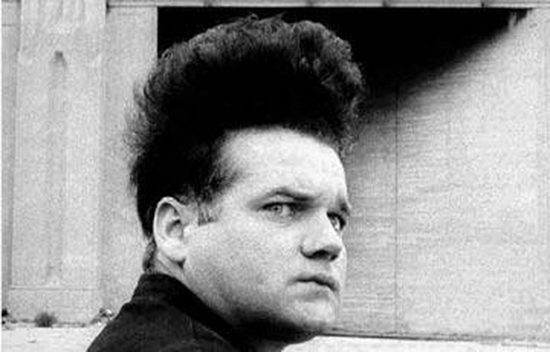 Henry Spencer wears his black hair short on the sides, but long and straight-up on top in a cross between a jewfro and a pompadour that sets him apart from the gloomy industrial area of dark factories and empty lots where he works and lives. Is Henry Jewish? Does it matter? Keep asking questions. Lynch revels in all things disorienting, upsetting, and mysterious. Uncertainties hang over every scene. 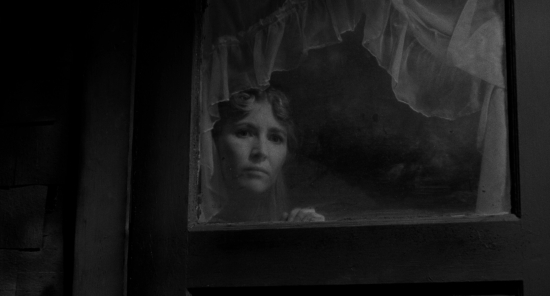 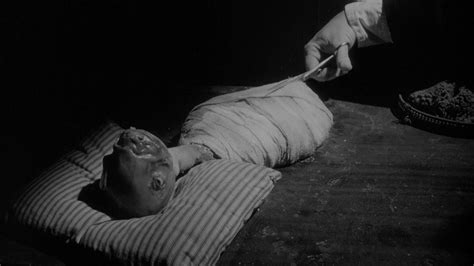 The bizarre story follows fright wig Henry through painfully slow and strange events centered on romantic relations with his seizure-prone girlfriend Mary (played by Charlotte Stewart). Mary’s primary character trait is her frequent tendency to cry. And cry she does. 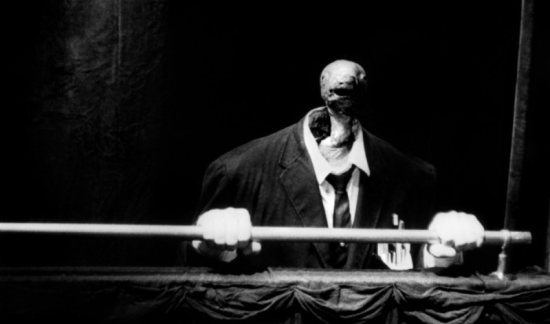 While on “vacation” from his printing job Henry visits Mary in her dingy apartment to meet her family for dinner for the first time. Mary’s mother (Mrs. X) skips the pleasantries. She is suspicious of “clever” Henry from the start. Mrs. X enjoys her own “seizure” during a spastic dinner Before the visit is over, Mary’s mom interrogates Henry about whether or not he has had “sexual intercourse” with Mary. Henry valiantly tries to evade her burning question, but the gig is up when Mrs. X informs him that Mary has already had the “baby” which waits to be picked up from the hospital. The onus is on Henry to settle down with Mary and get married immediately. But what of the “baby” that resembles an infant calf, at least from the neck up? 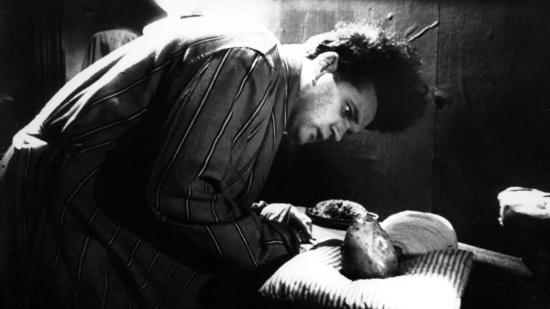 There is so little dialogue in the film that you sometimes forget that the characters can talk. The arriviste filmmaker uses a richly layered soundscape of droning frequencies, in addition to things like the unrelenting pitch of a baby that won’t stop crying, to tweak the viewer’s mind. Stanley Kubrick had nothing on his faraway pupil. Lynch’s stark lighting design provokes a heavy mood of melancholia and potential violence. Kubrick repaid Lynch’s effort when he showed “Eraserhead” to his crew in preparation for “The Shining.” 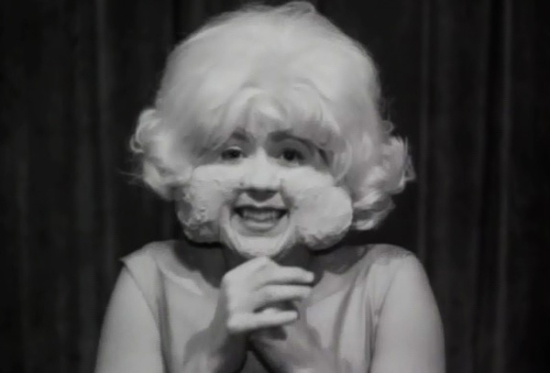 Made in 1976, "Eraserhead" provided an offset balm to the crush of Hollywood blockbusters like "Star Wars" by way of “Eraserhead’s” repertoire status as a Midnight Movie. As a viewer, you can’t help but be entranced by the filmmaker’s resourcefulness. As history revels, “Eraserhead” makes its point in an eloquently if gut-wrenching way that overloads your sensory perception. It’s not a comfortable experience, but it is a entertaining one. 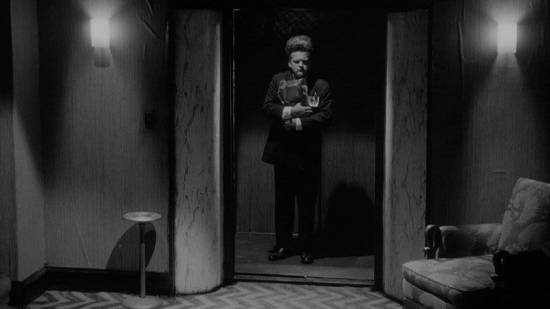