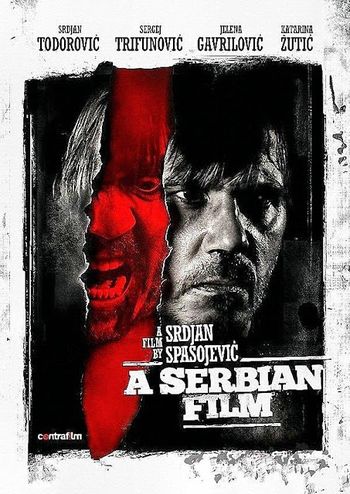 Cowriter-director Srđan Spasojević plays hardball on the field of transgressive cinema in one of the most banned films in modern history. Since its release “A Serbian Film” has been outlawed in eight countries, including Spain, Norway, and Brazil. Only heavily censored versions of the film have been shown in England.

You couldn’t ask for a more succinct and evocative title for Spasojević’s brutal film-within-a-film indictment of wealthy exploiters of post-Kosovo-War Serbia. The filmmakers work within the paradigm of calculated filmic satires such as Pasolini’s “Salo” to connect jarring social metaphors concerning powerless family structures pillaged by government and industrial bodies. The attacks are literal, psychological, and physical. 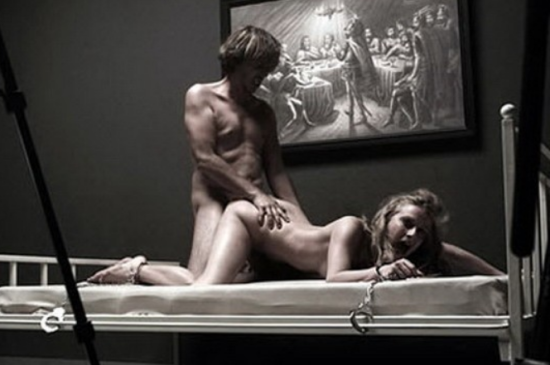 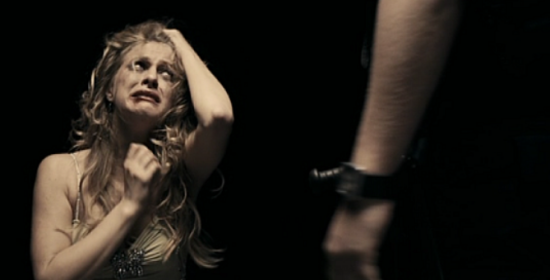 A Grand Guignol episode refers to what Vukmir excitedly refers to as “newborn porn.” The repulsive scene is as repellent as anything imaginable, and therein lays its transgressive effectiveness as a subatomic particle of micro-macro import; the depth of war’s violent depravity is unmasked. The sequence points to the most vile aspects of human nature that are publicly and privately acted out in all sorts of perverse acts committed daily by soldiers, priests, police officers, and by members of polite society. The mother is complicit in the horrific murder of her child by a steroid-stoked mercenary because this is what they both desire. 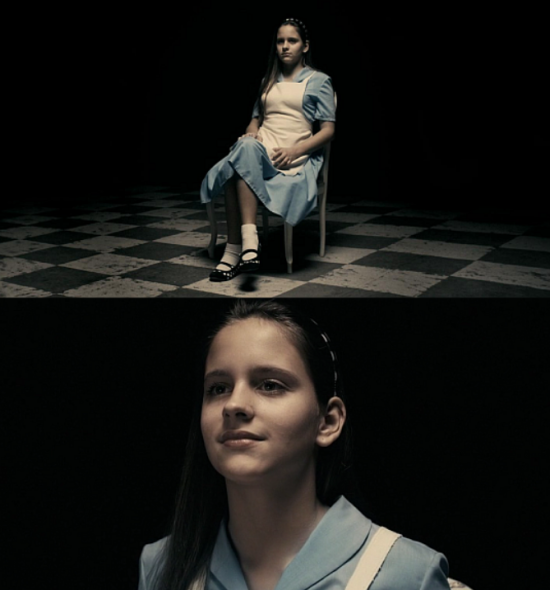 The escalating incidents of pedophilia, incest, and necrophilia that follow reflect a country traumatized by otherwise unspeakable acts of violence committed under the auspices of war. We witness the disgusting underbelly of a broken civilization where human values no longer exist. There are no degrees of separation from a communal psychosis that affects every citizen. By putting the narrative in a psycho-sexual-cinematic context Spasojević invites the viewer to compare his made-up pornography of death to the similar underlying nature of capitalism’s commercial cinema of the West and its attendant sponsors. In order to see the message of Srđan Spasojević daring work of filmic art you need only consider the capitalist aspect that makes it possible. 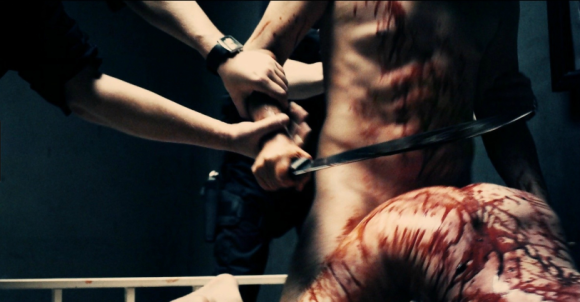