VENGEANCE IS MINE — THE CRITERION COLLECTION 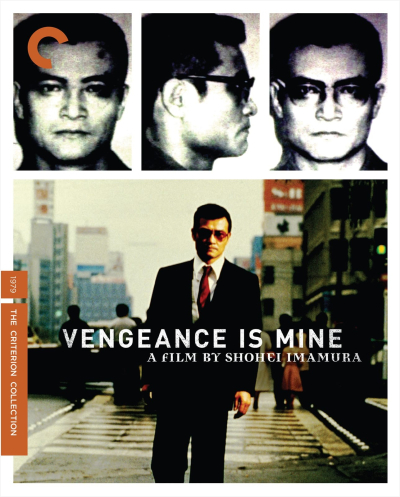 Shôhei Imamura had graduated from working as an assistant under Japan’s celebrated director ‪Yasujirō Ozu in the early ‘50s to performing similar duties for ‬director Yuzo Kawashima before being hired to work at the island country’s‬ oldest movie studio, Nikkatsu. The association with Nikkatsu allowed Imamura to begin writing and directing his own films, such as “Stolen Desire” (1958) and “Pigs and Battleships” (1961), but his audacious artistic vision proved too hot for Nikkatsu even if the company would later become a primary producer of “romantic pornography” (aka Pink Films) in the ‘70s. Imamura had no choice but to start his own production company.

Imamura's 1963 film “The Pornographers” revealed Imamura’s deft ability to delve into the underbelly of post-war Japanese culture toward a deeper understanding of his country’s innate hypocrisies from a multiplicity of vantage points.

His following two films, “The Insect Woman” (1963) and “Unholy Desires” (1964), contributed mightily to the Japanese New Wave movement populated by such luminaries as Yasuzo Masumura, Masahiro Shinoda, and Nagisa Oshima. 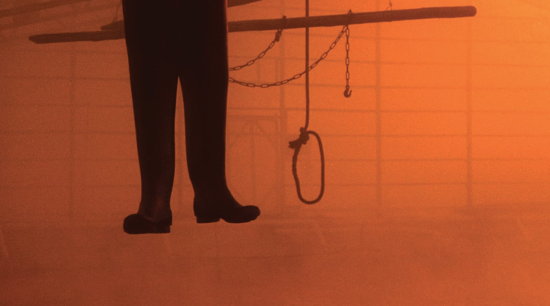 Documentaries became a focal point for Imamura in 1967 with “A Man Vanishes.” Imamura would go on to make six more documentaries, several for Japanese television, before taking a four year hiatus that would allow him time to write and prepare the masterwork of his career, “Vengeance is Mine.”

Imamura utilized Ryuzo Saki’s same-titled novel about real-life serial killer Azuma Fujisaki as the stepping-off point to write a parable of post-war Japan. Unhindered by common filmic restraints, Imamura used a complex time flipping narrative structure in conjunction with documentary film techniques such as hand-held cameras and inter-title descriptions to create a vast cinematic canvas. The inventive strategy draws the viewer through an anti-hero serial killer’s convoluted exploits over the course of 78 days between his first murder and his capture. 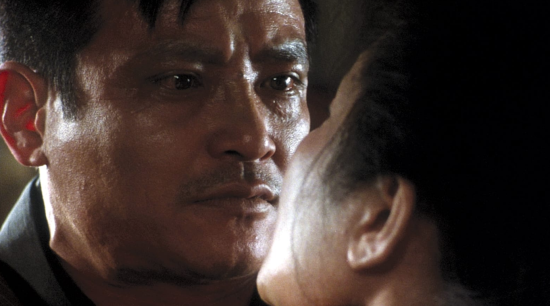 Iwao Enokizu (Ken Ogata) is the son to a Shizuo (Rentarô Mikuni), a Roman Catholic fisherman. A flashback to an episode during the early ‘30s shows Shizuo standing momentarily defiant against the demands of a Japanese general demanding that all of the town’s fishing boats be turned over the Japanese Navy. The town’s Catholic citizens watch helplessly from the shore. Only the man’s prepubescent son runs over to challenge the general’s order by picking up a piece of wood and knocking the officer down. The young Iwao is a rebel whose instinctive violent actions prefigure a sociopathic tendency. Childhood years spent in imprisoned in juvenile detention lead to Iwao serving briefly as a translator to the American Army just after World War II. Still, his theft of a jeep lands him back in the slammer.

As if he didn’t have enough trouble, the wife (Mitsuko Baisho) that Iwao marries, divorces, and is forced by his fiercely Catholic father to remarry, becomes sexually attracted to Iwao’s father. Although their bond is only indirectly consummated, the relationship between father and daughter-in-law stinks to high heaven. 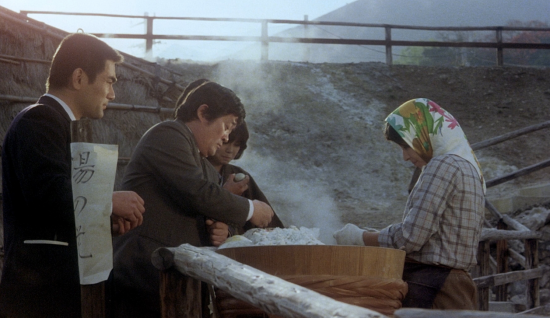 Iwao snaps. He develops a sudden thirst for killing that his nourished by the money he steals from his victims, whose own personal lives are marred by dishonesty and, in the case of an innkeeper, a murderess.

“Vengeance Is Mine” is much more than a true-crime movie in the vein of “In Cold Blood.” Rather the film is a richly woven polemic that encompasses turbulent generational shifts in Japanese identity caused by World War II. Iwao Enokizu isn’t waiting for God's vengeance to make things right when only everything is wrong.