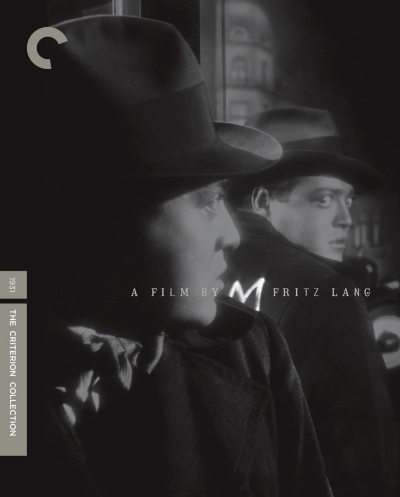 Fritz Lang’s first sound picture represented a breakthrough for modern cinema on many levels. A precursor to the serial killer and policier genres, “M” is first and foremost a suspense thriller made all the more gripping because the identity of the killer is revealed in the first act. How the killer is caught, and what happens to him when he is, sets up the film’s socially driven dilemma. A seething atmosphere of brutality hangs over the entire picture. 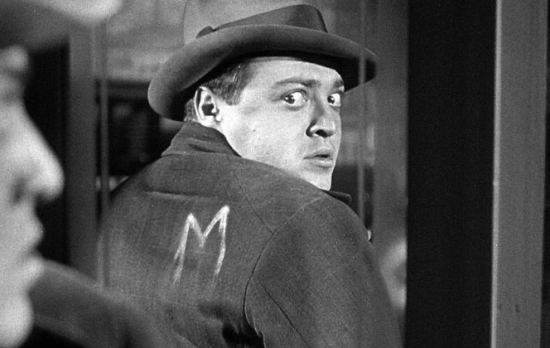 In the role that led to his success in Hollywood, Peter Lore plays Hans Beckert, an orally fixated serial killer of children. At the time of its filming Lorre was an accomplished stage actor, famous in Germany for his performances in Bertolt Brecht’s plays. His portrayal in “M” was so persuasive that it typecast him for the rest of his career. 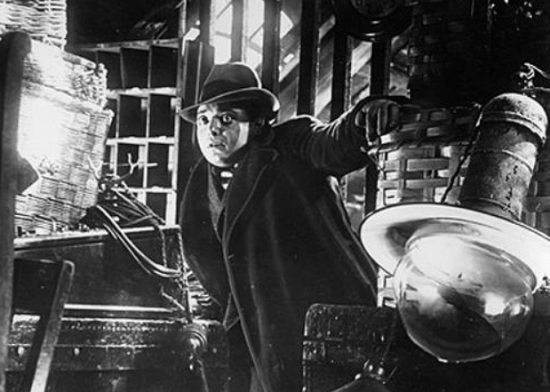 Lorre’s elusive predator uses candy and balloons to lure kids who are murdered off-screen in a crime-riddled Berlin on the brink of succumbing to the Nazi seizure of power. The tireless fiend obsessively whistles a line from Henrik Ibsen’s Norwegian play “Peer Gynt.” The musical motif acts as a cue when another murder is about to take place.

Lorre’s adopted persona is a man/child seemingly physically and mentally deformed by the culture he is trapped in. Fritz Lang’s expressively layered image system of shadows and reflections resonates in the film’s title, a letter, which can be read the same backwards, as well as forwards. In one memorable scene Becker makes cruel faces with the help of his fingers in a mirror that reflects how he imagines society views him.

Although filmed on indoor soundstages, the picture’s dynamic visual style juxtaposes detailed aspects of daily German reality to give the film a naturalistic feel. A newsstand holds a plethora of newspapers available to a public driven mad by the lingering effects of World War I and the local killer who robs them regularly of their children. A blind beggar only pretends to be sight-deprived. 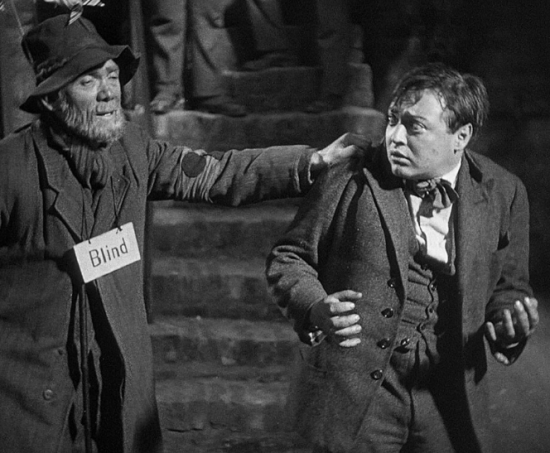 Lang populates the film with variously unappealing character actors. Exaggerated camera angles add to the tension. We see behind the scenes of an impotent police investigation that makes use of state-of-the-art techniques like fingerprints. The projected image of a fingerprint on a police precinct screen captivates the audience. 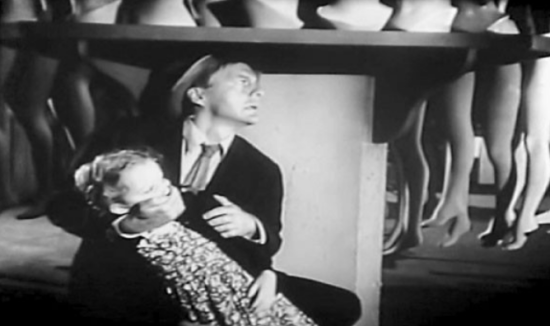 During the short years since World War I, Berlin’s criminals and police held equal sway for their potential to effect quickly orchestrated militarized actions. It is ironic that underground criminals succeed in capturing the murderer before hearing his explanation for his cruel deeds in front of a kangaroo court. Even though Nazi leaders such as Joseph Goebbels believed “M” to be a pro-capital punishment film, the picture puts more trust in the humanity of the German people than it does in the authoritarian establishment. Its suspense hangs in the air long after the movie is over. 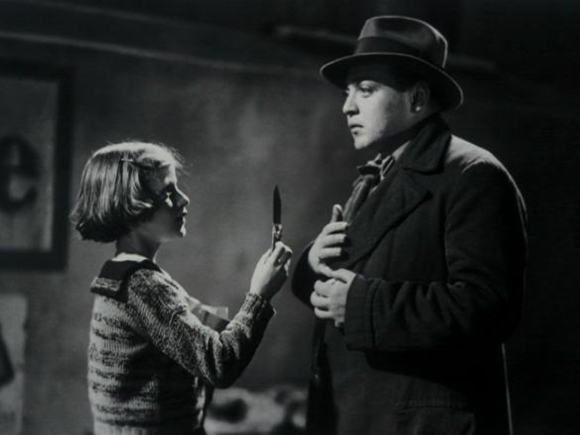 Posted by Cole Smithey at 10:10:20 AM in Classic Cinema, Criterion Collection, German Cinema