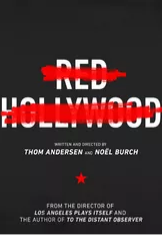 Indispensable. Co-directors Noël Burch and Thom Andersen (see “Los Angeles Plays Itself”) tell the story of the blacklisted “Hollywood Ten” through the social points made in their films. Never before has there been such a cogent examination of the filmic thematic social commentary (of films made by socially responsible filmmakers in the ‘40s and ‘’50s) that the House Committee on Un-American Activities seized upon for its falsely posed premise for ramming a fascistic form of capitalism down the throats of Americans. “Communism” was the blanket dirty word used to paint the characters of such gifted and humanist screenwriters as Lester Cole, Edward Dmytryk, Dalton Trumbo, and Ring Lardner Jr. In 21st century America the pernicious effects of HUAC are visible everywhere.

Invaluable interview footage with blacklist victims Abraham Polonsky, Alfred Levitt, Paul Jarrico reveals a depth of personal historic perspective and thematic intention behind films such as “Johnny Guitar,” “Salt of the Earth,” “The House I Live In” “and “Quicksand.”

Beautifully narrated by Billy Woodberry, the film is broken into meaningful chapters with titles such as, “War,” “Class,” “Hate,” and “The Negro question.” Woodberry speaks the filmmakers’ editorializing text with a care and precision that places their ideas in perfectly compartmentalized phrases. "All films about crime are about capitalism because capitalism is about crime." Abraham Polonsky's observation stings. 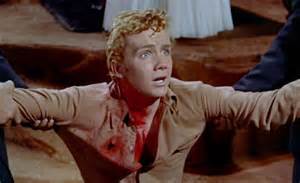 Methodic and succinct in its approach the documentary uses extended scenes from films such as “Home of the Brave” (1949 — written by Carl Foreman), “The Man I Married” (1940 — directed by Irving Pichel), and “Action in the North Atlantic (1943 — written by John Howard Lawson) to give the audience exact examples of the rigorous dramaturgy that was turned against its creators.

I was able to screen “Red Hollywood” though Netflix, and disappointed to discover that only six “critics” had reviewed it. Of the six, two critics (Robert Roten and Daniel Eagan) missed the value of the film enough to give it a failed ranking on RottenTomatoes. To them I say, pshaw.

Listed below are links to weblogs that reference RED HOLLYWOOD: