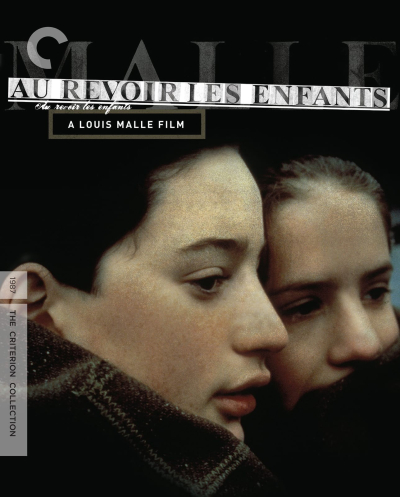 Louis Malle’s semi-autobiographical rendering of his wartime youth, partially spent in a private Catholic boarding school in Nazi-occupied France, haunts its audience just as the enduring experience preoccupies the filmmaker.

Malle’s 12-year-old alter ego Julien Quentin (Gaspard Manesse) undergoes a devastating loss of innocence in a trial by fire tempered by the superficial security of the walled-in school in the commune of Fontainebleau, where schoolboy rituals take precedence. It is the winter of 1944. 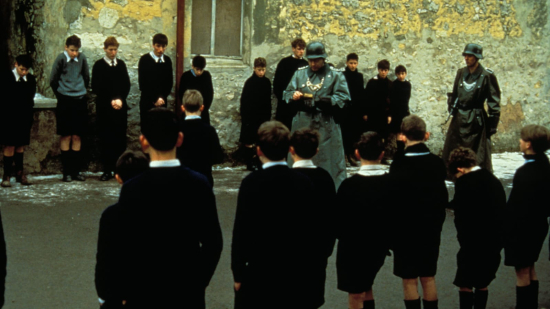 No number of scholastic, athletic, or religious routines can keep out the very real dangers of Nazi soldiers on the prowl for Jews in the nearby Paris region. 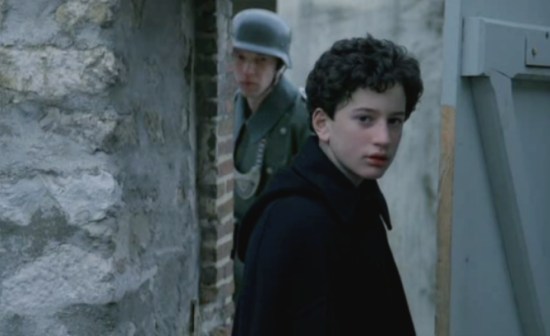 Julien, a chronic bedwetter, befriends fellow newcomer Jean Bonnet (nee Jean Kippelstein), one of three Jewish boys being harbored from the Nazis by brave priests at the school. Though their friendship gets off to a distrustful start, Julien gradually puts away his petty jealousies over Jean’s prodigious academic and musical abilities. Still, Julien is too curious for his own good. While searching through his friend’s locker he discovers a book with Jean’s [evidently] Jewish last name written inside the cover. Julien pelts his friend with questions. Although Julien chooses to keep the fact of Jean’s Jewishness a secret, the knowledge proves too much responsibility at a crucial point in the story. In a socially mixed scene in which Julien’s elegantly poised mother takes he and his brother, and Jean (Raphael Fejto), to lunch in a nice restaurant, she lets slip that “no one is for Pétain anymore,” a reference to Marshal Pétain’s collaborationist regime, which nominally controlled the "free zone" of southeastern France. The scene crescendos when French fascists storm the dining room demanding to see the papers of an evidently Jewish man dining alone. A Nazi commander seated at a nearby table with his troops brings the ruckus to an abrupt end when he stands and orders the fascists to leave. The drunk German officer apparently acts, in part at least, in deference to Julien’s mother’s beauty. 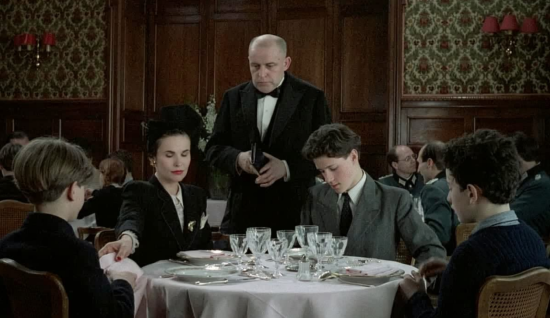 Over the course of his long career Louis Malle shed his reputation as a member of the Nouvelle Vague movement, or more accurately outgrew its narrow categorization related to auteur theory. Sadly, he only made one more film (“Milou en Mai”) after “Au Revoir Les Enfants.” After having moved to America in the 1970s — where he made such milestones as “Pretty Baby” and “My Dinner with André” — Malle returned to telling French stories. 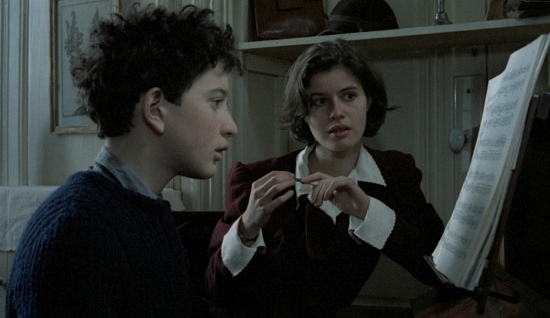 “Au Revoir Les Enfants” is a heartbreakingly confessional wartime film made all the more effective by the care with which the subjective story is told. Its sense of loss is profound.