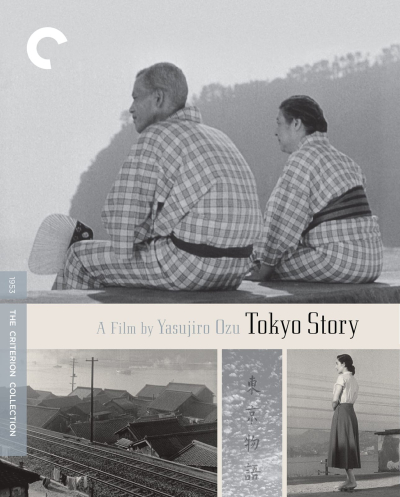 Yasujiro Ozu’s beloved masterpiece of postwar Japanese cinema speaks to audiences of all backgrounds thanks to the cross-generational familial truths that the prolific director/co-writer lovingly metes out. That Ozu does so with a refined generosity of spirit enables the viewer to savor his characters’ imperfect traits within a universal tapestry of vulnerable human existence.

As much a piercing study of Japanese culture circa 1953 as a precisely composed work of filmic storytelling, “Tokyo Story” is told with great economy.

Ozu’s trademark knee-high camera records his characters from a subordinate angle that allows us to patiently observe subtle aspects of Japanese everyday life from an intimate vantage point. His approach is relevant to the way Japanese relate to their physical space and to each other.

The filmmaker eschews camera movement in favor of a fixed point of view that anchors the film’s visual context. Behavior and action mask emotion more often than not. A spiritual form of cinematic naturalness prevails. Plot aspects are frequently revealed through dialogue ellipses of transparent exposition. Interaction between characters is primary. When Ozu wants to emphasize what a character is saying, the actor speaks directly to us — to the camera. 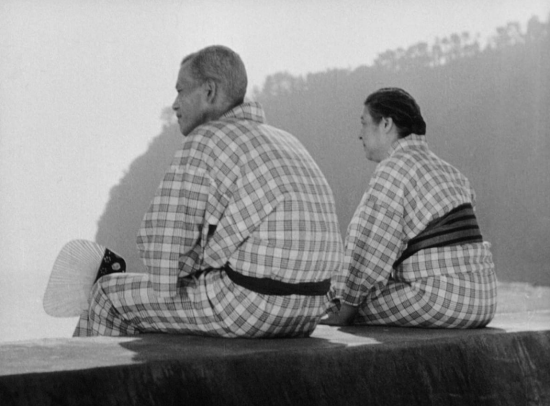 Shukichi Hirayama (Chishu Ryu) and Tomi Hirayama (Chieko Higashiyama) are an elderly husband-and-wife living in Japan’s southwest region of Onomichi with their youngest daughter Kyoko (Kyoko Hirayama). They relate easily as a two people who cherish one another for the support they provide. The harmonious pair travel by train on a ten-day vacation to visit their other four (estranged) children in the metropolis of Tokyo, a place they have never visited. 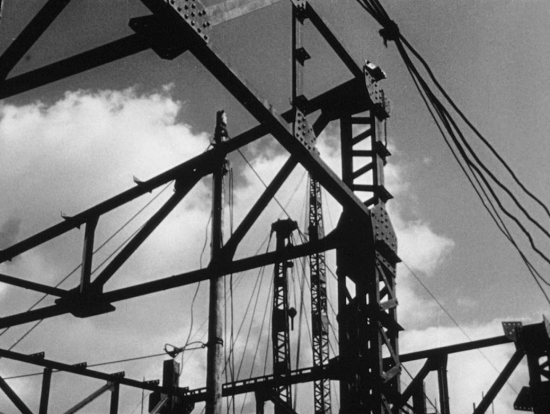 The eventful journey reveals truths about Japan’s recently Westernized culture and the modern demands it makes on their middle-class children. They are surprised to discover that their oldest son Koichi (So Yamamura) works as a neighborhood doctor out of the home he shares with his wife and their two young sons, rather than in a proper hospital. A visit to their eldest daughter Shige (Haruko Sugimura), and her husband, exposes a similar work/home existence exacerbated by their daughter’s transformation into a selfish harpy. 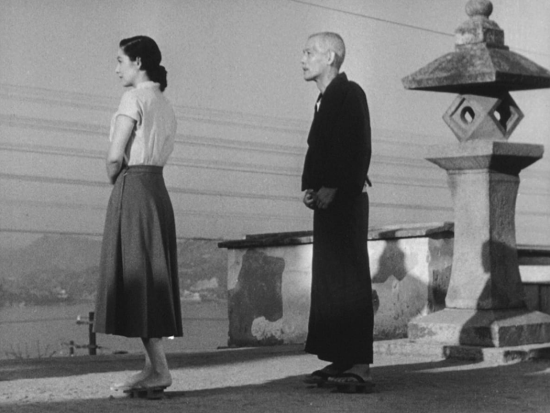 Shūkichi and Tomi also visit Noriko (Setsuko Hara), their daughter-in-law via a middle son they lost in World War II eight years before. The still single Noriko works as a secretary for an American tire company. The couple relate more freely to Noriko than they do to their own children. Their empathy with Noriko allows them to speak freely about their hopes for her to forget about their son and remarry as soon as possible. 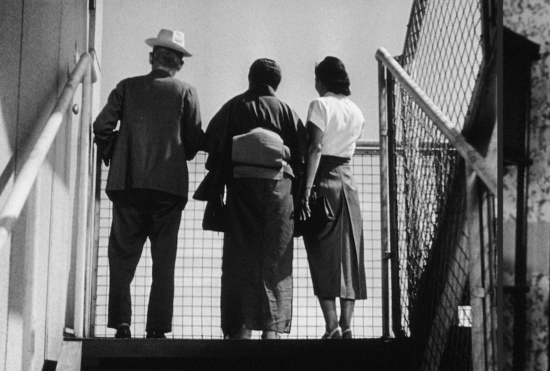 The way the family deals with death and its certainty is at the heart of Ozu’s thematic exploration. It is loneliness, rather than closeness, that extends the length of the day.