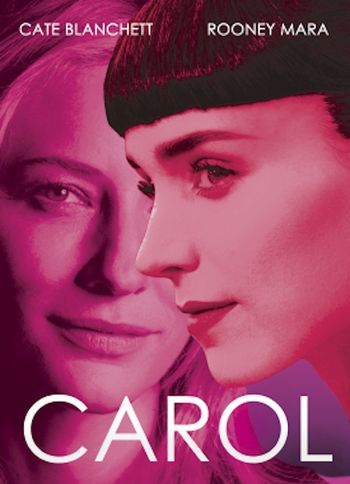 An undeniable highlight of the 2015 Cannes Film Festival, Todd Haynes’s masterful adaptation of Patricia Highsmith’s 1952 novel “The Price of Salt,” is an opposite-sex companion piece to Haynes’s self-penned ‘50s era homosexual drama “Far From Heaven.” Think of “Carol” as “Farther From Heaven.” Where his former film was a Douglas Sirk-inspired time capsule of autumnal Connecticut, “Carol” asserts wintery Manhattan thematic motifs through the clothing, manners, and simmering desires of its would-be lesbian lovers. The time frame is Christmas through New Year's 1952-53. 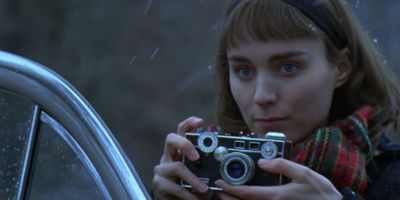 Added to the film’s powerful sense of erotic suspense is Carol’s predatory nature that draws into question her tactics in achieving her romantic goals. Blanchett’s character is both antagonist and protagonist. Her layers of carnal intention are at direct odds with America’s puritanical codes of behavior. Despite American society's raging denunciation of gay relations as illicit and harmful, neither Carol nor Therese attempt to hide their mutual attraction. They are outsiders on a mission. When hubby Harge comes home to discover the would-be lovers together in the family living room of his fancy mansion, a predictably dramatic scene plays out.

The picture's sub-theme, regarding the era’s socially limited mindset of its white male population, is embodied in Therese’s boyfriend Richard (Jake Lacy). Richard speaks Highsmith’s theme lines about society’s disapproval of homosexuality. The fact that Richard is intent on marrying Therese without having slept with her, speaks to differences in the characters’ ideals and motivations.

Here is a film that doesn’t need any awards to stake its worthiness. That said, awards of some variety will surely follow. 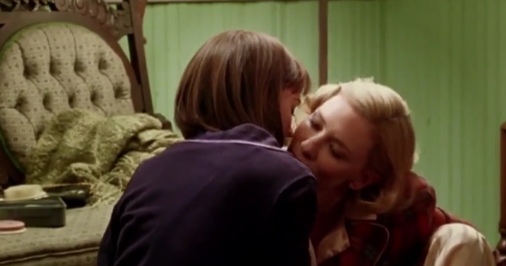