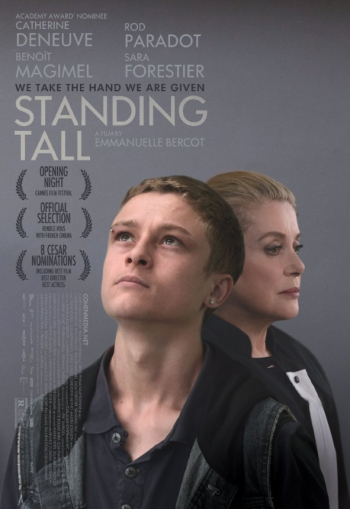 “La Tete Haute” (“Standing Tall”) is a French social realist drama from director Emmanuelle Bercot that avoids clichés as it digs into deep-seeded problems of psychological and social conditions.

Don’t look for any Hollywood script conventions here; there are none to be had. Characters’ problems don’t resolve, they merely re-manifest themselves in different ways. The powerhouse casting of Catherine Deneuve as a juvenile detention judge centers the film. Benoit Magimel more than pulls his weight as Yann, a counselor assigned to guide the rehabilitation process of Malony, a troubled victim of terrible parenting. The fiction that all mothers are innately good people is given a proper trouncing here. 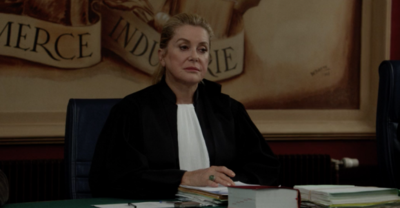 Newcomer Rod Paradot is a revelation as Malony. His gut-wrenching naturalistic performance is as good as it gets. Paradot owns the movie with an instinctive portrayal that’s up there with Marlon Brando’s best work. If some critics recoil from “Standing Tall,” it says more about their inability to grapple with the genre than it does about the movie. “Standing Tall” is the kind of uncompromising film Ken Loach would love.