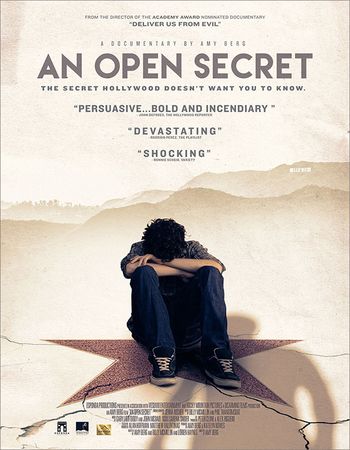 Amy Berg continues her documentary attack on institutional pedophile rings (such as the Catholic Church — see Berg’s “Deliver Us From Evil” 2006) with a passionate if inelegant exposé of Hollywood’s endemic methods of sexually molesting young male actors.

Shrinking the victims’ last names to a single letter, Berg follows the stories and progress of several of Hollywood’s child-abuse victims and their family members. Everything is personal. Their stories start out in a remarkably similar fashion. An outgoing child with a dream of stardom develops stage skills, gets an agent or a manager, and gets just enough work to make it seem like they are on their way to stardom. Meanwhile, said agent or manager patiently “grooms” the young victim by casually talking about sexual things while taking the victim away to a private area or home to perform secret acts.

Connections are made between such child television heavyweights as Brian Peck of Nickelodeon fame (you’ll never let your kids watch Nickelodeon again), and other known Hollywood predators. Peck was convicted of “two lewd acts with a child” but nonetheless still works in with child actors to this day.

An interview with Michael Harrah, the one-time head of the Screen Actors Guild’s Young Performers Committee, reveals the distorted mindset of other Hollywood execs with a penchant for young boys. 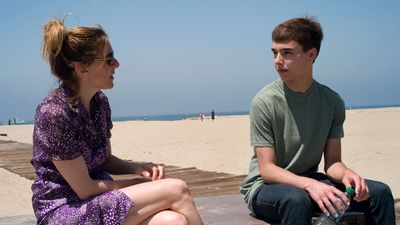 The sleazy methods of Hollywood casting agents and producers, such as convicted-pedophile Marty Weiss and the since European-immigrated Marc Collins-Rector, comes to light with the aid of archival footage and photos starting in the early ‘90s when the internet was a burgeoning entertainment outlet. Berg focuses the film’s timeline on the past 20 years to address current generations of would-be victims. It is clear from Berg’s fearless efforts that hers is an activist cause spurred on by the likes of Mike Egan III, whose childhood victimization at the hands his manager Marty Weiss is a focus of closure for the film. While not organized to optimum effect, “An Open Secret” exposes “the tip of the iceberg” regarding Hollywood’s invulnerable system of abusing children. I wouldn’t be surprised to see Berg make a follow-up documentary in another few years. This is a movie that matters.