MIKEY AND NICKY — THE CRITERION COLLECTION 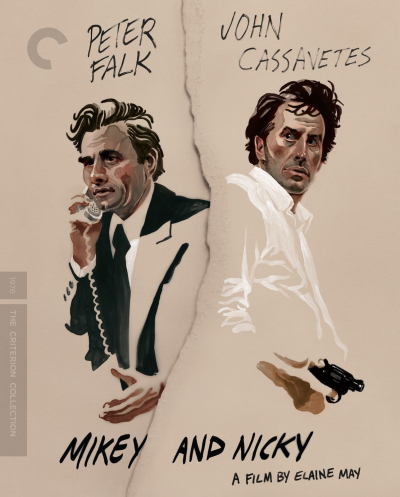 Elaine May wrote and directed “Mikey and Nicky” (1976) with the intention of creating a feminist think piece driven by her volatile male characters. The violence-prone machismo that Peter Falk and John Cassavetes display speaks to chronic social ills that continue in America. Though she allowed the production to go three times over budget, May created an exquisite companion piece to Cassavetes’s own films.

“Mikey and Nicky” is perfectly on par with “The Killing of a Chinese Bookie.” Naturally, Paramount hated this gritty picture because of its unconventional nature. The studio took the film away from May to complete editing without her input. In 1986 May presented her approved version. 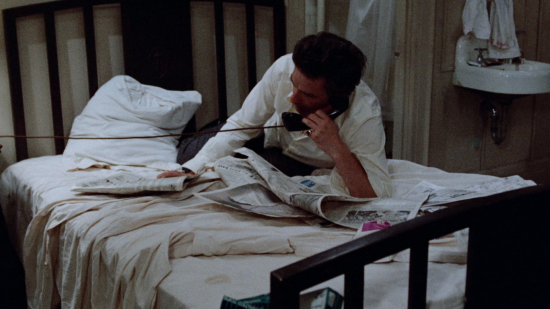 Mikey’s and Nicky’s ethically feeble relationship to the world around them presents a racist and sexist cocktail of public menace. Alcoholic Nick (Cassavetes) holes up in a fleabag hotel with a “thousand bucks” in downtown Philadelphia. He’s attempting to evade the “hit” his mob boss took out since catching Nick stealing. Nick calls on his childhood friend Mikey (Falk) to help him get out of town, or at least bring some half-and-half for Nick’s raging ulcer. Nick rightfully suspects that his closest pal might be in on the hit, but has no one else to turn to in his darkest hour. Cassavetes and Falk tear into their roles like hungry lions of a dying generation feasting for one last time. May’s story-rich script accommodates her actors’ improvisational riffing sprees. 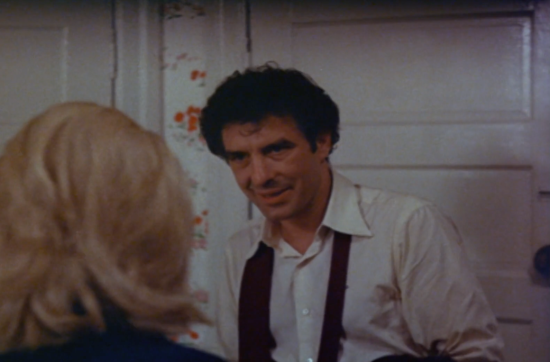 Plot details bristle with emotional tension, as when Nick asks Mikey to trade overcoats with him before exiting the hotel because he thinks a hitman waits outside. Nick goes on to request that they exchange watches, “for luck.” In return Mikey asks to borrow Nick’s gun “in case they shoot at me it’d be lucky if I could shoot back.” Nick will test Mikey’s loyalty right up until the film's last tragic frame. 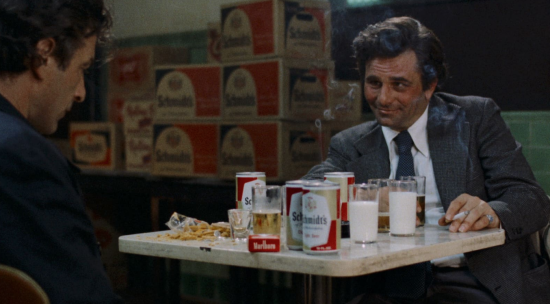 Over the course of the night Mikey and Nicky revisit their long history together even as Mikey conspires with the assassin (played by Ned Beatty) driving around looking for Nick. An impromptu visit to Nick's mother's grave leads to a fistfight. 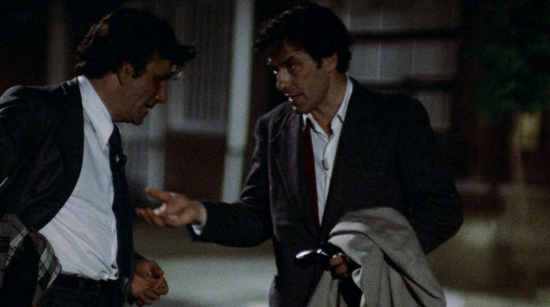 May reaches the tone, rhythm, and kinetic gut-punch of a Cassavetes movie (think “Husbands,” 1970). The male-centric parameters plant disturbingly uncomfortable episodes of racist and sexist abuse at the hands of the characters with whom we are led to empathize. In one such scene a seemingly suicidal Nick makes trouble in a black bar where the patrons suppose Mikey and Nick to be undercover cops. Nick insults the boyfriend of a woman for whom he buys a drink, when he claims to share the man’s name “Mel.” The scene’s vehemence boils. 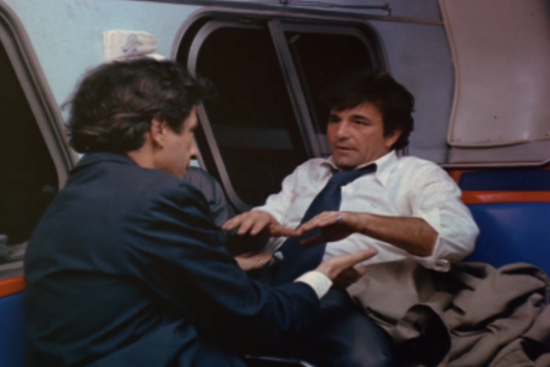 The showstopper comes when Nick takes Mikey to visit Nellie (Carol Grace) a girl who Nick characterizes as a slut. After having his way with Nellie on the living room floor while Mikey’s sits on a trashcan in the kitchen, Nick sends in Mikey to take his turn. The dramatically loaded scene proves a stunning indictment of ingrained sexist attitudes that explodes like a well-placed time bomb in a narrative that never stops looking for a fight.