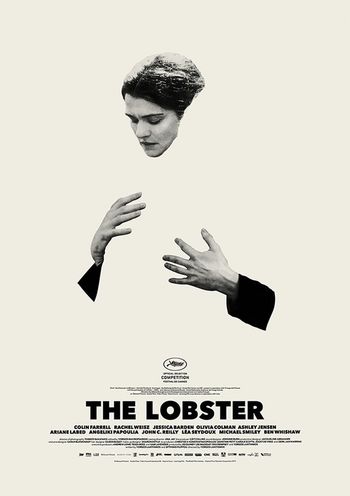 Greek filmmaker Yorgos Lanthimos tries to elevate his status as an experimental-cinema enfant terrible by toning down his trademark use of sexual content. Also, for the first time in his career, Lanthimos uses name-actors. He casts global cinema heavyweights Colin Farrell and Rachel Weisz in leading roles for a romantic comedy that is neither. Farrell's and Weisz's status as B-List actors in Hollywood isn't going to get an A-List promotion as a result of this film.

The casting gambit seems to have worked its magic on the 2015 Jury in Cannes (they awarded “The Lobster” with the Jury Prize). But for many audiences, Lanthimos’s determinedly odd picture will come across as a half-baked attempt at (black) social satire. The film starts out interestingly enough with a few barbs regarding industrial sexism before breaking into a vapid second half with nowhere to go.

A woman stops her car to get out and shoot a donkey. We never see her again. In “The Lobster’s” dystopic near-future, single middle-aged citizens must check in to a starkly appointed hotel (the place is a throwback to the '60s) where each person has 45 days to find a compatible partner, lest they be turned into an animal of his or her choosing; most people choose dog. Colin Farrell wears 40 extra pounds of extra body fat to play David, a lonely and depressed divorcee who, if he fails to find a partner in the allotted time, will be transformed into a lobster; "they live a long time." From this information, we might surmise that the woman who killed the donkey at the film's start was exacting revenge on a transformed ex-lover or husband. 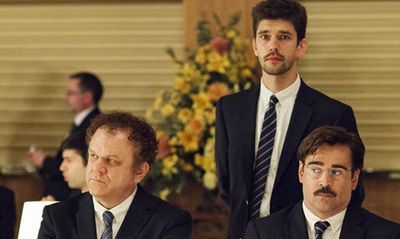 At the hotel Frank hangs out with two new male pals (Ben Whishaw and John C. Reilly) who suffer their own less-than-attractive attributes. One limps, the other lisps. The male bond proves to be one of convenience rather than one of loyalty. Indeed, the film’s primary theme is about a lack of integrity in relationships of any design.

As with all of his films, “The Lobster” has a drab and stale look that dulls the senses rather than awakens them. Lanthimos again co-writes with his regular screenwriting partner Efthymis Filippou. The duo’s avant-garde filmic works are improving, if only ever so slightly. “The Lobster” is better than their last film “The Alps” (2011), which was a pinch better than their debut “Dogtooth” (2009). The filmmakers might fare better adapting another author’s work, rather than starting from scratch every time. Lanthimos has a keen eye for surrealistic elements. He could prove to be better at embellishing a preexisting story. Here is a talented filmmaker who needs to break out of old habits, or hire a new co-writer. This lobster is a dog. 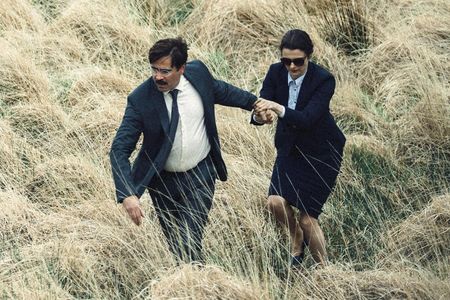